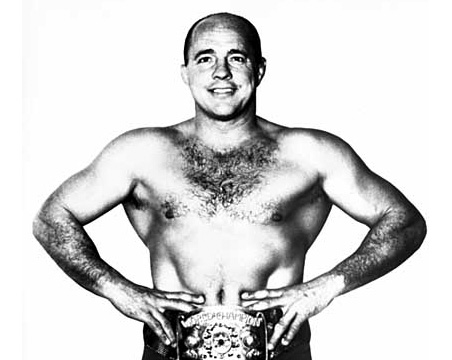 Courtesy of the Minnesota Historical Society
Verne Gagne circa 1965

Verne Gagne, 82, is a former wrestling champion who has attained folk legend status in Minnesota. And Helmut R. Gutmann, 97, was a former cancer researcher who came to this country after fleeing Hitler’s Nazi Germany.

Both have suffered from Alzheimer’s-related dementia and had been residing in a Bloomington facility housing people with Alzheimer’s and dementia.

In a tragic moment on Jan. 26, Gagne apparently threw Gutmann to the floor. Gutmann was taken to the hospital and died 20 days later.

It’s not known what precipitated the incident between the two men at the memory loss unit of the Friendship Village retirement community. But according to Gutmann’s widow, Betty Gutmann, Gagne picked up the diminutive and frail man and hurled him violently to the floor, breaking his hip.

While police were not immediately called, an ambulance was summoned and Gutmann was taken to a hospital for treatment. He was released days later, but his condition deteriorated and he later died in hospice care.

Betty Gutmann, who also lives at Friendship Village, said she was notified immediately after the assault and rushed over to find her husband lying on the floor in tremendous pain.

She said that while she is sad and upset about the attack, those feelings are tempered by the realization that Gagne probably did not understand what he was doing at the time, and apparently does not remember it.

“You can’t blame the person that did it,” she said. “[Gagne] doesn’t know what he’s doing. I feel so sorry for his family, because they are faced with a terrible problem of what to do.”

A woman who answered the phone at Gagne’s Eden Prairie home, identifying herself as Gagne’s daughter, declined to discuss the incident in detail. She expressed shock and anger that a reporter was pursuing what she considers a personal family matter. She did, however, confirm that Gagne has Alzheimer’s.

“He has only one minute of memory retention,” the woman said. “And even though nobody is saying that this is the reason that this man died, you’re going to publish this? Unbelievable. You take a man who has given nothing but his time and his energy to this state, he loses his mind, and you’re going to do this?”

For a brief period Tuesday afternoon, the incident was described in the Wikipedia.com entry about Verne Gagne. The description was deleted about two-and-one-half hours after it was posted. It’s not known who posted and later deleted the material.

Police were not called to the scene at the time of the incident. However, Bloomington Deputy Police Chief Perry Heles said that police were notified later of an incident involving two vulnerable adults at Friendship Village on Jan. 26.

Heles would neither confirm nor deny the identities of the people involved in that incident, but said an investigation is under way on “a limited inquiry” basis, in order to determine exactly what happened. Heles said the results of that inquiry would probably not be made public unless someone is charged with a crime. 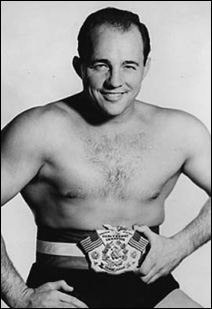 Betty Gutmann said that the ex-wrestler had a run-in with her husband once before, after Gutmann created a disturbance by shouting at people in a lounge at the residence. She did not give the date of the prior incident. In that case, she said, Gagne put Gutmann in a chokehold. Her husband was frightened but uninjured, she said.

Gagne also was involved in a third incident at Friendship Village, according to residents, and was asked to leave the facility. He later was allowed to return.

Ron Donacik, assistant director of Friendship Village, would not comment on or acknowledge the case, citing federal health-care privacy regulations.

Before the latest incident, Gutmann continued his weekly attendance at the Minnesota Valley Unitarian Universalist Fellowship church that he co-founded in 1966. He had been scheduled to perform a piano piece at a church classical concert that took place one week after the assault.

Gagne, a much beloved pro athlete in Minnesota, was known throughout his career for his many charitable contributions. But he was lionized as a pro wrestler who competed from 1949 to 1981, when he was in his late 50s. In 1960, Gagne launched the “All Star Wrestling” TV show, participating as an athlete and producer. As a result, he was voted a member of Minnesota’s Museum of Broadcasting Hall of Fame.

Gagne was a star even before he turned pro, winning NCAA titles while wrestling for the University of Minnesota. In 1947, the Chicago Bears of the National Football League drafted him but he never played for the team.

Gutmann, too, made important contributions during his long life.

Born in Germany in 1911, he fled Nazi Germany under threat from the Hitler regime, serving as a captain in the U.S. Army’s Chemical Warfare Service in World War II. For 40 years, he worked as a cancer research scientist based at the Minneapolis V.A. Hospital, publishing many papers. He retired in 1992, when he was already in his 80s. Gutmann was also a classical musician, playing violin for 12 years with the Bloomington Symphony Orchestra.

His wife Betty, who co-founded the Bloomington church along with her husband and who continues to play a prominent role there, is dealing with the tragedy stoically.

“It’s a little rough,” she said. “We’ve been married for almost 63 years, you know. And this is a big thing out of my life.”