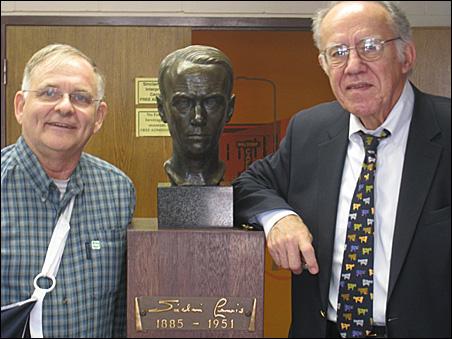 Courtesy of the Sauk Centre Herald
Author Albert Eisele, right, and Dave Simpkins with a bust of Sinclair Lewis. 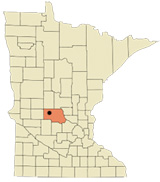 Still, few of its 3,930 residents (as of 2000) of the town Lewis depicted as Gopher Prairie, in his searing portrait of small town America, share Rush Limbaugh’s hope that President Obama fails.

Take Barbara Borgerding, for example. An administrative assistant at the Sinclair Lewis Interpretive Center that chronicles the life of the Sauk Centre native who was America’s first winner of the Nobel Prize for Literature, she voted for McCain, as did 52 percent of the rest of Stearns County.

Although nominally a Democrat, her vote was influenced by the fact that three of her children are in the military, including a Marine son who served three tours in Iraq and a daughter in the Minnesota National Guard who is headed there next month. 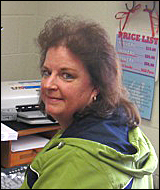 “McCain’s position on the military had a lot to do with how I voted,” she said last week. “But Obama has some good ideas and he’s young and has a lot of energy, although I think he needed more experience. He doesn’t have all the answers but I think he’s ready to listen and I give him a lot of credit for that. I hope what he does works. If he fails, that means we all fail.”

“I’m a Republican and I didn’t vote for Obama, but I like his style and he’s a very good speaker,” said Metcalf, who teaches law enforcement at a technical college in nearby Alexandria. “He’s got an awful lot of promises that he’s got to keep, and I’m not sure he’s going to be able to do it, but I wish him well.”

Watching with interest
And then there’s Linda Simpkins, whose husband is editor and publisher of the Sauk Centre Herald. She didn’t vote for either McCain or Obama, but for the Constitutional Party candidate after supporting Ron Paul, who won Sauk Centre’s GOP caucus vote. 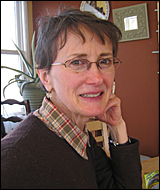 Her vote was largely influenced by her opposition to Obama’s pro-choice position and her concern that McCain’s running mate, Alaska Gov. Sarah Palin, wasn’t ready to stand a heartbeat away from the presidency.

“I’ve finally come to believe that you can’t vote strictly on the issues but you have to vote for the man,” she said. “FDR did have a moral compass even though he wasn’t perfect, but he was a leader and we definitely need a leader. I think Obama is the only one out there who looks like a leader and seems able to be his own man.” She added, “I’m watching him with interest and hope and trying not to bottom out with everything he does, including all those buyouts and bailouts.”

Among those who did vote for Obama was Theresa Mueller, former art teacher who is studying via a computer course for a master’s degree in clinical art theory. 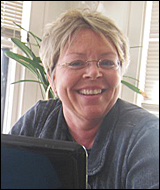 I interviewed Metcalf, Simpkins and Mueller at the Main Street Coffee Co. and antique store, whose owner, Mike Borgmann, also voted for Obama. “I like his ambition and some of the things he’s trying to do,” he said. “He seems optimistic, and the country needs optimism to get back on its feet again. I feel optimistic with this administration.”

I last visited Sauk Centre in 1995, to find out how Main Street USA viewed the 104th Congress, which the Republicans had just taken control of for the first time in 40 years. It was obvious that people were fed up with Washington and ready for change.

As I wrote in The Hill at the time, the message to Washington from the Original Main Street was clear:

“Clean up your act, stop the political posturing, don’t even think about raising taxes, pass some kind of healthcare reform, stop government waste, start balancing the budget, and work together to solve the nation’s problems. If you can’t do this, don’t worry about term limits because we’ll find somebody else to do the job.” 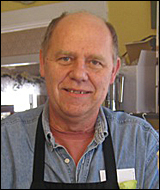 One of the people I interviewed 14 years ago, Dave Simpkins, the Sauk Centre Herald’s editor and publisher, also voted for Obama.

“I think people admire and respect him and think [electing a black man is] something America should do,” he said from his office on Sinclair Lewis Avenue. “He ran a wonderful campaign and he’s very charismatic,” said Simpkins, who is recovering after being hit by a car and breaking three bones while crossing the “Original Main Street” in February.

‘Breath of fresh air’
I tracked down two other people I interviewed on my earlier visit, and they offered similar assessments of Obama.

Linda Frumpkin, a Sauk Centre native who moved to California but returned in 1989 and bought the run-down Palmer House Hotel — the “Minniemashie House” in Sinclair’s book — is a lifelong Republican. But she voted for Obama because of “the mess of the past eight years.” Frumpkin, who recently sold the Palmer House and now has a home decorating business, said she thinks Obama is a “breath of fresh air. He talks as though he’s talking to you. Everyone says he’s a great orator, but yes, he is.”

And 93-year-old banker Pat DuBois, who grew up next door to Lewis and went fishing with him as a boy, thinks Obama “is doing great,” even though “he’s got a terrible, terrible job and inherited so much and is trying to create a whole new universe.”

DuBois, a former Democratic state legislator who once headed the Independent Bankers Association of America and still comes to work at his bank every day, said many people in the community are “turned off and disgusted” with Washington and Wall Street. (However, they’re not unhappy with their congressman, pro-life, Blue Dog Democrat Collin Peterson, who got 72 percent of the vote.).

“I have a coffee break every morning with four or five ladies who work for us and the number one thing on their minds this week is AIG and the big bonuses it paid its executives,” he said. “They want Obama to get those bonuses back.”