WASHINGTON, D.C. — Miguel Diaz arrived in Rome with his wife and four children Thursday, ready to embark upon  “the greatest adventure” of his life as the new U.S. ambassador to the Vatican, and certain to make history while doing it.

As the first Hispanic to represent the United States at the Vatican since the post was established 25 years ago under President Ronald Reagan, the 46-year-old Cuban-American professor of theology at St. John’s University and the College of St. Benedict in Collegeville, Minn., has been hailed as a symbol of the changing face of American Catholicism, with Hispanics on their way to becoming a plurality among America’s 65 million Catholics.

Diaz, who was unanimously confirmed by the Senate and sworn in at the State Department on Aug. 21, was feted at a round of receptions and luncheons over the weekend, and at a Mass at Catholic University on Sunday. His appointment comes on the heels of President Obama’s historic choice of Sonia Sotomayor as the first Hispanic justice of the U.S. Supreme Court. In fact, Sotomayer was supposed to administer the oath of office to Diaz, but was unable to because of a scheduling conflict.

Diaz, who was born in Havana but moved to Miami with his family as a boy, is getting plenty of free advice about how to avoid any diplomatic missteps in his sensitive new post.

“He doesn’t need my advice because he’s a qualified theologian, speaks fluent Italian and has a good understanding of the Holy See and its history,” said Jim Nicholson, who served in the post from 2001-2005. “But he should remember who he represents — the people of the United States and the interests of the United States — and avoid getting involved in the business of the Catholic Church, including the affairs of the Church here at home.”

When I pointed out that the New York Times reported Thursday that some American bishops in recent weeks have opposed Obama’s proposed healthcare overhaul, mostly because they’re concerned that it won’t exclude abortion coverage, Nicholson said that should not create a problem for Diaz, who was one of Obama’s earliest supporters. 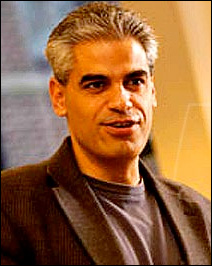 Diaz should “would be well-advised to concentrate” on other issues like human trafficking, starving people, HIV/Aids prevention, religious freedom,” Nicholson said. “So there’s a great deal he can do towards enhancing human dignity.”

Cardinal Theodore McCarrick, who headed the Washington, D.C., archdiocese before retiring three years ago, put it in more colorful terms while attending a reception for Diaz at the Institute of World Politics last week that was hosted by Thomas Melady, who was ambassador to the Vatican from 1989-93.

Getting to know the Vatican
When I asked McCarrick if he had any advice for Diaz, he said: “He has to learn the lay of the land [in Pope Benedict XIV’s Vatican] because it’s shifting. We don’t know who’s on first and he has to find that out for us.”

In other words, Diaz has to find out who the key people are in the Vatican bureaucracy who oversee relations with the U.S. and the Obama administration, which clearly favors abortion rights.

That may be difficult, given the fact that Diaz, who reportedly was not Obama’s  first choice — Caroline Kennedy and Douglas Kmiec, a professor at Pepperdine University, were apparently rejected by the Vatican because of their pro-choice stance. In fact, Diaz is already being criticized by some American Catholics, including several members of the hierarchy, who feel he was chosen more for political reasons than theological or diplomatic ones.

“The suspicion is that Obama and his advisors hope to divide the [U.S.] church along ethnic, linguistic and ideological lines, thus making it less likely to offer compact opposition to the administration’s abortion policies,” John Allen Jr., who covers the Vatican for the National Catholic Reporter, wrote in June.

Allen, who is considered one of the best informed observers of the Vatican’s byzantine bureaucracy that includes official representatives in 175 countries, wrote that Diaz “embodies two currents in American Catholicism heretofore not terribly visible in the Eternal City: its burgeoning Hispanic wing, and its center-left theological guild.”

Noting that Diaz isn’t well-known outside of theological circles and doesn’t have a clear record on the “hot button issue of abortion” — he declined to discuss abortion or any other controversial issues during his Senate confirmation hearing — Allen predicted that Diaz’s appointment  ultimately will be viewed through one of two perspectives:

“Diaz could be seen as a deft nod to the diversity of the American church, as well as a potential bridge between Catholicism’s traditional centers in Europe and North American and its emerging voices in the global South,” Allen wrote. “Or Diaz could be seen as the product of  ‘divide and conquer’ politics, meaning an attempt by Obama to mute Catholic criticism of his pro-choice  stance by throwing a bone to Hispanic and peace-and-justice liberals.”

Foreign-service officer model
And George Weigel, a senior fellow at the Ethics and Public Policy Center in Washington, urged Diaz in July to remember the response of Benjamin Franklin, then ambassador to France, when asked by the Holy See about President George Washington’s views on the appointment of the first Catholic bishop in the new United States. “Franklin replied that such an appointment was not the government’s business,” Weigel said.

Weigel went on to lecture Diaz: “As representatives of that same government, all your predecessors have rigorously avoided  entanglement in the internal affairs of the Catholic Church in the United States during their years at Embassy-Vatican — including any involvement whatsoever in the delicate matter of the appointment of bishops.”

Weigel advised Diaz to think of himself as a career foreign service officer rather than a political appointee, and avoid  being “an advocate for the specific policies of the administration you represent… I hope the Obama administration understands that using you as a partisan surrogate with Catholic audiences in the U.S. would be poorly received by the Holy See, as it would under any American administration. If this is not understood by your superiors, please explain it to them.”

First, he urged him to establish good relations with the State Department officials back in Washington whom he’ll be dealing with. Second, he told him to pay attention to his fellow ambassador s to the Vatican “who are very much in the know,” and third, said, “Don’t give any interviews” for three to six months, or “until you really know the lay of the land.”

Melady told the National Catholic Reporter in June that one of the first questions he was asked as ambassador was, “How about the abortion issue? ‘That’s not my assignment,’ I said. My assignment was to represent the government of the United States. [Abortion’s] not a government issue. We don’t get involved in church teachings.”

Melady, like Nicholson and former Rep. Lindy Boggs, D-La., who was President Bill Clinton’s ambassador to the Vatican from 1997 to 2001, said he’s confident Diaz will be successful.

Noting that Diaz speaks fluent Italian — and Spanish and French as well  — Melady said: “He understands the culture and the history of the Catholic world. …He is very knowledgeable and has deeply rooted [personal] skills. This will strike a very good note among people in the Vatican. The fact that he is an academic … is good,” especially with Pope Benedict’s academic background. “He will feel very much at home in that atmosphere; very comfortable with it.”

One other factor is almost certain to help Diaz in his new job, according to John Carr, the Minnesota native who is a top official of the U.S. Catholic Conference. Referring to Diaz’s wife, Marian, a clinical psychologist, and his four attractive children, he said Diaz and his family “will be a big hit with the Italian people. They will love them.”

But whether the Vatican bureaucrats and American Catholics will love Diaz is another matter.

Last week, just before Diaz and his family departed for Rome, I asked Archbishop Pietro Sambi, the papal nuncio who is the Vatican’s ambassador to the United States, if he had any advice for Diaz.

“Yes,” he said, “I had breakfast with him this morning.”

And what did you tell him?

“I can’t tell you,” he said, as he laughed and hurried away.