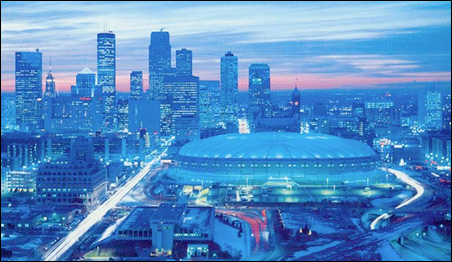 Photo by Mark Fay/Courtesy of the Minnesota Historical Society
A 1991 photo of the Hubert H. Humphrey Metrodome.

It stands like a white elephant on the edge of downtown, a testament to blandness and cheapness that the Minnesota Twins can’t vacate fast enough. Whether the Twins play their last Dome game on Sunday as scheduled — or Tuesday, if a tie-breaker is needed in the American League Central race, or next week in a possible Division Series — expect the farewell to lack deep-seated emotion and sadness.

For one, the joint isn’t going anywhere for at least another two years. The Vikings host the Packers the next night in Favrageddon I. And for another, we’re talking about a building as cuddly and beloved as an iguana. Will it be missed? Doubtful.

From an art and architectural perspective, the Hubert H. Humphrey Metrodome was doomed from the day it opened, according to Kristin M. Anderson, an art professor at Augsburg College. Anderson earned her Ph.D. at the University of Minnesota and wrote her doctoral thesis about the Metrodome.

Her contention: While some might consider the Dome’s construction a public works triumph — it finished on time and under budget at about $55 million — its stark, bland look guaranteed it would never be embraced by Twin Cities fans. That proved as fatal a flaw as the too-narrow concourses and uncomfortable seats.

The best-designed buildings fit the fabric of the neighborhoods and cities where they’re built. If you’ve ever taken a walk or a river tour in Chicago and studied the architecture, many of the newer buildings contain subtle design nods to buildings and architects that came before. That kind of civic pride knits together buildings of different eras, and even those of us without architecture degrees sense how cool that is.

But the Metrodome stands out like a beached whale. Or an oversized pie with really bad meringue. 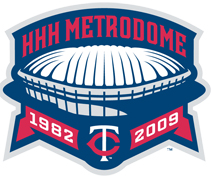 The Dome’s Chicago-based architects — Skidmore, Owings and Merrill — also designed the Pillsbury Center and the Minneapolis City Center, as well as the John Hancock Center and Willis Tower (formerly the Sears Tower) in Chicago. Anderson called SOM’s projects “big, bland and overbuilt.” At a time when Minneapolis replaced its old buildings with vanilla or uninteresting structures, the Dome might have been the least visually pleasing of them all. Trying to appease many masters while offending none, Anderson said, produced a bland product built on the cheap.

Anderson posed a fair question to support her theory: How often do you see somebody taking a photo of the Metrodome, or even one of people standing with the Dome in the background? To these eyes, a lot fewer than I’ve seen in front of Wrigley, Fenway or the old Yankee Stadium. There’s little love for the Dome here.

No matter what, teams would have wanted new home
Still, had Minneapolis spent three times the money for a Taj Mahal, Anderson doubts it would have quelled the Twins’ and Vikings’ eventual desires for new homes. But had the initial project been better, there might have been a stronger push for renovation than demolition.

“Even if you built a perfect place, it would still need to be modified or changed,” Anderson said. “Wrigley Field and Fenway have both been modified and changed, but people are willing to modify their expectations to keep these places.”

As a Twins fan — don’t get her started on Delmon Young — Anderson likes that the Twins invested an additional $22 million in Target Field to make sure its aesthetics far exceed the Dome’s. (The ballpark legislation required the Twins to cover all cost overruns.) That may help keep the new place in use many more decades. “It’s good, and quite promising,” she said.

Design and aesthetics aside, Twins fans who lived through the 1987 and 1991 world championship seasons probably leave the Dome era with more pleasant memories than the players and employees. 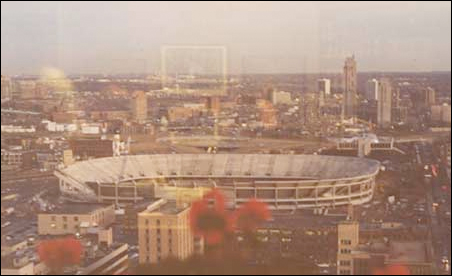 Photo by Charles Chamblis/Courtesy of the Minnesota Historical Society
A 1980 aerial view of the construction of the Metrodome looking down Sixth Street South toward the Cedar-Riverside area.

When it opened, the Dome lacked air conditioning, and the artificial surface looked and played like a pingpong table. Little fixes along the way made the Dome more conducive to baseball, but the Twins always felt like tenants and second-class citizens, compared with the Vikings.

Indignities abound
Manager Ron Gardenhire, who joined the Twins as a coach for the 1991 season, appreciated knowing a game at the Dome couldn’t be rained out or delayed. But he detested a bunch of other stuff. His tiny office might be the only one in the major leagues with a shower curtain but no shower. (The curtain was installed last year to give Gardenhire some privacy when he dressed, since coaches wander in to research stuff on one of his two computers.)

Last week, egged on by a playful reporter, Gardenhire ranted about players, coaches and the wives being bounced from their regular parking spots once the Vikings set up their corporate tents for the season. Before you write that off as ballplayer whining, consider the fate of employees working late when a Gophers game followed a Twins game. Often, they found their cars ticketed or towed.

The Dome remains one of the few MLB venues without a batter’s eye in center field. Players say it’s tough picking up a lefthander throwing out of the retracted seats, and Joe Mauer usually takes early batting practice the first day of a homestand to readjust his eyes to the blue backdrop. Third base coach Scott Ullger inquired about building a batter’s eye when he was still the hitting coach, and said he was told by a management type, “We’ve finally got some pitching. We’re not making it any harder on them.”

Fans never see this, but the batting cages under the stands down the right field line are shorter than the standard 60 feet, six inches from the rubber to the plate. (Target Field’s cages behind the Twins dugout will run the full distance.) Until a few years ago, pinch-hitters hoping to take practice swings off a tee were out of luck. Now, they warm up in a former utility closet adjacent to the dugout. The back wall features dozens of dents from balls the tiny net could not contain.

Then there is the Teflon roof, and the lights, which bedeviled outfielders from the first game in 1982. Tigers left fielder Don Kelly joined that lengthy list on Sept. 19, losing an Orlando Cabrera fly in the five-run eighth inning of a critical 6-2 Twins victory.

“We’ve lost more balls in the roof than any other baseball team, because we played here more, and we had Lew Ford,” Gardenhire said the next day, cracking up the reporters in his office. “We’ve seen some outfielders go after balls, and we sit in the dugout and go, where are they going? It’s almost like they don’t see the ball, and they’re running so they don’t get hit.”

Could Twins have won Series in ’91 without Dome?
For all its quirks and flaws, former Twin Jack Morris said the Twins never would have beaten Atlanta in the 1991 World Series if not for the Dome. And it had nothing to do with noise or Homer Hankies.

“We were a veteran team,” he said. “(If we had played outside), we would have had a lot of pulled muscles. Think about it. (Kirby) Puckett, (Kent) Hrbek, those guys didn’t stretch. I don’t think we’d even have gotten there without the Dome.”

And Morris doubts he could have gone 10 innings to win Game 7 pitching outside. “It’s hard to come back on three days’ rest when it’s 45 degrees,” he said.

Morris suspects Target Field, with its sparse foul territory, will be a tough place to pitch. We’ll learn soon enough if he’s right. But this weekend at the Dome, the Twins will try to extend their tenure as tenants a few more days and close out the white elephant with a final, thrilling achievement.

“It’s been a fun place to play,” Gardenhire said. “There have been some great moments in here, and you’d expect that when you play here a long time. But it’s not our place. Outdoor baseball is what everybody wants.”