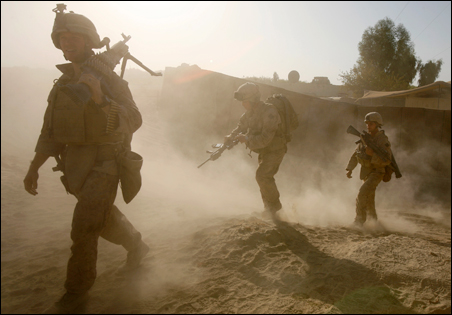 The anticipation of the recommendations of Gen. Stanley A. Chrystal, commander of U.S. and NATO forces in Afghanistan, and President Obama’s response has set off a battle in public opinion over the war in Afghanistan. By now, you undoubtedly find all the talking points a bit too finely honed and repetitive.

The commonly recommended reading lists of books on Afghanistan range from the ancient Greek historian Herodotus’ “Histories” to any one of the recent books that have “the great game” in its title. (I have counted four recently published studies of Afghanistan that re-work this term from the 19th-century British-Russian rivalry into their title.) If you have found that reading list to be less than helpful, let me recommend a recent book, about a different war that provides a lens for viewing this moment in the history of our relations with Afghanistan.

This past September, a book ostensibly about the war in Vietnam defined the debate over the past six weeks about our next course in the war in Afghanistan. Gordon M. Goldstein’s “Lessons in Disaster: McGeorge Bundy and the Path to War in Vietnam” retells the hubris and tragedy of our war in Vietnam through the biography, memories and tortured confessions in late life of “Mac” Bundy, national security adviser to Presidents John F. Kennedy and Lyndon B. Johnson.

It is a story of the hubris of the nation’s elite “experts” on national security, homage to the young political hand, Kennedy, who resisted their arguments for a major escalation of the U.S. troops in Vietnam, and a censure of the old political pro, Johnson, who did not.

White House reading
“Lessons in Disaster” leads you to suspect that Goldstein wrote the book to preempt any success for McChrystal’s request for 40,000 to 60,000 more troops in Afghanistan and also to help White House staffers draft memos for Obama. “Lessons in Disaster” invites you to read the present into the past and almost seems to organize each chapter so that it could be reduced into bullets points for observations on the analogies to Afghanistan.

It’s easy to imagine that last September a staffer in the West Wing read to the end of the book, put it down, and immediately started the memo.  “Mr. President, you have the choice to play the role of Kennedy or Johnson. . . .” Guess what role model wins out. 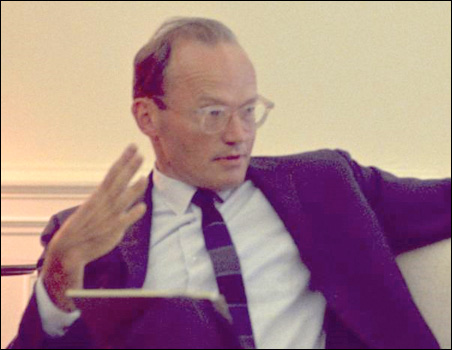 Courtesy of the Lyndon Baines Johnson Library and Museum
McGeorge Bundy at a meeting in the Oval Office in 1967.

During the past month, pressure has mounted on Obama to seize his Kennedy moment. In Goldstein’s portrait, Kennedy refused the nearly unanimous calls of his advisers for a major increase in U.S. troop levels in Vietnam, insisted that U.S. troops not exceed 16,000 advisers, and limited their mission to intelligence gathering and training the South Vietnamese forces in counter-insurgency tactics.

From Vice President Joseph Biden to conservative columnist George Will, we have heard variations on lessons from Goldstein’s history applied to today’s young president, his advisers and the turning point in the war in Afghanistan. Don’t overstay our welcome. Scale back on U.S. boots on the ground in Afghanistan to a core of Special Forces to train Afghanistan units. Fight terrorism with better intelligence, predator drones and sea-launched missile strikes.

When Sen. John Kerry travelled to Afghanistan this past week to deliver a message to McChrystal, I suspect he had a copy of “Lessons in Disaster” in his carry-on. Or at least, he had a summary of the book written by his staff.

Although Kerry put the message far more politely, his underlying point was clear. Obama is not going to play Johnson to McChrystal’s Westmoreland.

Two key steps
A policy crafted from analogies to Goldstein’s history can only go so far before it trips on its own hubris.

It is relatively easy for a new generation of “the best and the brightest” to show that it is smart enough not to follow Johnson’s lead one incremental increase in troop strength at a time. It’s far more difficult to find a political ally in Kabul that is worth our support. The same is true for Islamabad.

And it’s nearly impossible to imagine a diplomatic strategy that has the courage and ability to take two necessary steps toward regional cooperation. The Shiite theocracy of Iran must be persuaded that it shares a common enemy with the United States in the form of the Sunni Taliban in Afghanistan. India must be persuaded to negotiate a compromise with Pakistan on Kashmir. Pakistan must shift its priorities from preparing to fight again its past wars with India and to relocate the bulk of its armed forces — 80 percent of which today are stationed on the border with India — to today’s very real civil war with the Taliban, al-Qaeda and other radical Islamic movements in the northwestern tribal areas.

Vietnam and Afghanistan: Lessons in disaster?