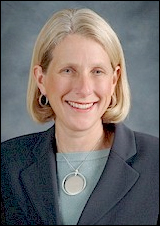 The head of the Minnesota Chamber of Commerce‘s political action committee, Mike Franklin, is a self-described “campaign finance geek.” As such, he just might be one of a select few Minnesotans who actually understand and can recite the intricacies of the state’s campaign finance laws.

Franklin’s mastery of the details came in handy last week as he attempted to explain to one local reporter after another exactly what the Chamber is seeking in a lawsuit the it filed in federal court against Ramsey County Attorney Susan Gaertner. The gist: It’s essentially a question of degrees of separation.

The Chamber wants the court to clarify what corporations can do to influence elections in Minnesota. It filed the suit against Gaertner, because as top prosecutor in its home county, she is responsible for enforcing state law. A spokesman for her office said the county is reviewing the filing.

The suit comes in response to last month’s U.S. Supreme Court decision that held that corporations enjoy the same free-speech rights as individuals. Because of this, they may spend freely to influence the outcome of individual election contests — so long as they do not donate money directly to candidates.

The high court’s ruling in Citizens United v. Federal Election Commission was widely reported as the total elimination of restraints on corporate political spending. And while that might arguably be true in practice, Franklin found himself explaining over and over that it’s not true in terms of the letter of the law.

Chamber wants state law aligned with ruling
The Chamber wants a federal judge to issue a declaratory judgment saying Minnesota’s laws must square with the decision, which says corporations and labor unions may spend unlimited sums so long as they do so independently of the candidates whose races they seek to influence.

More specifically, the chamber is concerned about a passage in state law that bans indirect corporate contributions to candidates. It wants the court to rule that so-called independent expenditures do not violate this provision.

“What we want to do now [during election campaigns] is name names: This person is good — or bad — for business,” explained Franklin, who is also the chamber’s director of energy and elections policy.

An expert on Minnesota campaign finance law, Hamline Professor David Schultz expects the suit to succeed — and confusion about the Supreme Court decision to endure.

“A lot of this was bad reporting [by the media],” he said. “Campaign finance is just really hard to understand. It takes a lot of nuance to understand all the different ways money can be spent. It’s enormously complicated.”

The high court was initially handed a very narrow question: Could a group called Citizens United pay to air a movie criticizing then-presidential candidate Hilary Rodham Clinton near an election? As the justices began to question the attorneys who argued the case, however, more questions arose. What if the political speech in question were a book and not a paid television program?

“The court itself clearly expanded the scope of the case,” said Schultz, who expects the impact to be felt in this year’s governor’s race but says it’s too early to tell whether it will benefit one party more than another.

Chamber not sure how ruling affects its political spending
The chamber’s members have not yet discussed how the organization’s political spending could change in the wake of the decision, Franklin said. Because penalties for violating campaign finance laws are stiff, the group’s leaders wanted clarity on Minnesota’s rules first, he said.

Expenditures may pay for advertising, direct mail, phone bank services,or some other attempt to influence the outcome of a particular election. There is no limit on independent expenditures, and the messages they finance can be negative.

A review of state campaign finance records shows that a significant portion of the Minnesota Chamber Leadership Fund’s money is used to make independent expenditures. Last year, it gave $10,000 to the Minnesota House Republican Caucus, $500 to Gov. Tim Pawlenty’s PAC, and $200 to the DFL in Michele Bachmann’s 6th Congressional District.

In 2008, the Chamber PAC made independent expenditures in two state house races, according to its disclosures to the Minnesota Campaign Finance and Public Disclosure Board. It spent $48,000 on messaging in support of Republican candidates John J. Carlson and Kurt Zellers, and $31,000 against their opponents.

If the chamber wins its suit, it will no longer be required to spend the money through a political action committee. Its individual corporate members also would be allowed to spend money to influence races.

The Minnesota chamber is a member of the U.S. Chamber of Commerce, which ranks first in lobbying expenditures over the last decade, according to the Center for Responsive Politics, a Washington, D.C.-based research group. Its policy priorities include advocating against a public option in the current debate over national health care reform, in favor of tort reform, against “activist” judges and attorneys general, and in favor of immigration reform.

In the 2004 election cycle, the U.S. Chamber financed ads opposing vice-presidential candidate John Edwards, who was pilloried as a trial lawyer.

“For a very long time in Minnesota, we’ve really had this mindset that anything that smacks of corporate money is bad,” said Franklin. “There’s quite a bit of corporate speech that we accept.”