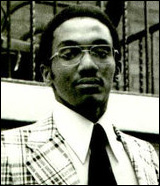 Gary Hogan — who was 16 when he set off a bomb in the downtown St. Paul Dayton’s store in 1970 but went on to live a productive life after serving three years in prison — has died in Washington, D.C.

Later known Kofi Yusef Owusu, he was 55. A memorial service is scheduled for Saturday in St. Paul.

A funeral notice (PDF) says he died unexpectedly May 24 in Washington. Over the years, he’d worked as a journalist and civil rights advocate, served in the Peace Corps and was an administrator with the National Black Caucus of Black Legislators.

He helped organize workers’ unions in South Africa and in 1994 volunteered as an organizer in that country’s first free elections.

But in 1970, the 16-year-old St. Paul Central student set off a bomb in the women’s restroom of the downtown St. Paul Dayton’s store. Mary Peek, who became a well-known political activist, was seriously injured in the blast. She died in 2005.

A second unexploded bomb that malfunctioned — 10 times more powerful — was found nearby. Police theorized that the first bomb was meant to draw police and fire personnel to the area, where they’d be injured or killed by the second bomb.

The bombing was terrifying moment in St. Paul’s history, coming at a time of violent racial unrest around the country and growing opposition to the Vietnam War. A bomb had gone off at the Minneapolis Federal Building a few days earlier, and there were numerous bomb threats and evacuations around the Twin Cities.

“Mayor Charles McCarty convened an emergency meeting of city leaders after the Dayton’s bombing, warning that the bomber had ‘hoped to create fear and panic in the minds of the people that would cause chaos in the community.’ It wouldn’t work, declared McCarty. The people of St. Paul ‘shall not be intimidated; we shall remain calm and watchful.’ “

Ten days after the Dayton’s bombing, another bomb exploded outdoors in St. Paul, and Hogan was found injured nearby. That’s when police began taking a close look at him. When they searched his home, they found bomb-making instructions and a pamphlet on urban guerrilla warfare.

Witnesses had seen someone looking like Hogan, dressed as a woman, carry a package into Dayton’s the day of the bombing, and a friend of his testified that Hogan admitted planting the bomb.

He was convicted of attempted first-degree murder and aggravated arson and sentenced to 20 years in prison. But he served just over three years in the St. Cloud Reformatory and, by age 20, had changed his named and moved to Washington D.C.

Coleman interviewed Peek, the woman injured in the blast. She said she had wanted to hear from Hogan/Owusu:

“He wouldn’t have to talk to me, but he needs for his own soul to say, ‘I did that; I was young; I was mistaken,’ ” she says. “Maybe he’s been trying to make amends, I don’t know. But it’d be nice to hear him say he regretted the years that I spent serving a sentence with him.

“I will never be out. I’ll carry that day with me to my grave. I don’t feel bitter. But it would be a comfort to me if he would just admit it. I’m the one who served the sentence. I’ve been serving it for more than 30 years.” 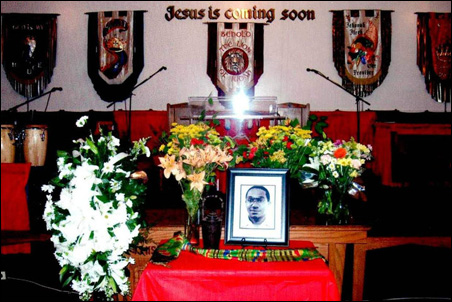 Coleman also tried to find Owusu, by contacting his aunt, but Vanne Owens-Hayes of Minneapolis told him: “Kofi said he’s not interested in having any conversation. He feels there is no reason for him to look back.”

Owens-Hayes says her nephew changed his name in order to shed his “slave name.” Today, she says, Owusu is a “devoted father” who works as a freelance writer and has no desire to revisit the past.

“He never said to me that he actually did what he was convicted of,” says Owens-Hayes. “He’s never admitted it to me, so I never had to think about it. It was just one of those tragic things. I just set it aside.”

The local memorial service for Owusu will be from 11 a.m. to 2 p.m. at the Oxford Community Center, 270 Lexington Pkwy., St. Paul.