From the 1970s to today, anyone who takes seriously the issues of Russian affairs and U.S.-Russian relations must read the works of Stephen F. Cohen. He has just published “The Victim’s Return: Survivors of the Gulag After Stalin” (Publishing Works), a well-written, engaging book that is part memoir, part history. Our paths have crossed off and on over many years. I could not resist the temptation to give him a call at his home in Manhattan to talk about his latest book and his reflections on a lifetime in Russian studies.

Cohen’s road to Russia started in Owensboro, Ky., where he was born in 1938. A childhood in the segregated South instilled in him the conviction that the ways thing were was not the only way things could have been. “Because I grew up in a segregated society,” he observes, “I was driven to study the alternatives … there had to have been other alternatives to slavery and segregation.” A high school teacher once pointed out that the two presidents of the Civil War years, Lincoln and Jefferson, were both from Kentucky. Slavery and segregation in Kentucky were not inevitable.

As an undergraduate at Indiana University, he took a study abroad trip to England. He had saved up $300 for a side trip to Pamplona where he intended to do what any young man who read Hemmingway would do: Race with the bulls. Instead, he saw an ad in Birmingham — $300 for a 30-day trip to the USSR. “The trip was extraordinary for a kid from Kentucky,” Cohen recalls. He returned to Indiana where he gave up on his childhood ambition to be a professional golfer, enrolled in the Russian Studies program and first encountered Robert Tucker. 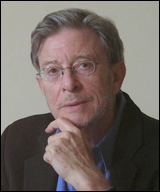 In 1973, Cohen published “Bukharin and the Bolshevik Revolution” — the most important book on the history of 20th-century Russia published within the last half century. It made history. A writer never knows how a book will affect readers. They, moreover, often reveal to the author what is the purpose of the book. As a Ph.D. student working on a dissertation and then as a junior professor revising the dissertation into a book, Cohen recalls, his ambitions were modest. He would demonstrate that Nikolai Bukharin and his economic program, the “NEP” (New Economic Policy), represented a viable alternative in the 1920s to Stalin’s modernization.   What is more, Bukharin embodied a more humane and democratic Communist Party than the monster that came with Stalin’s ascendancy and his reign of terror which, not coincidentally, tried and executed Bukharin in 1938. Cohen’s goal was academic — a monograph that would make a contribution to the academic debate about modernization in the Soviet Union and earn him tenure at Princeton.

“I never could have foreseen,” Cohen says today, “what its fate would be in Russia.” Copies of the book trickled into Moscow, finding their way into the hands of Soviet dissidents, reformers in the Communist Party and the KGB. A translation of “Bukharin” circulated among the party elites. Mikhail Gorbachev had read it before his ascendancy to power in 1985. Gorbachev put Cohen on his guest list for the 1987 Gorbachev-Reagan Summit in Washington. (When Gorbachev first met the young-looking Cohen, he said, “No, not you, I want to meet your father.”)

Legitimizing reform program
Back in Moscow, Gorbachev used Cohen. By fostering a rehabilitation of Bukharin, Gorbachev was legitimizing his own reform program. In 1989, Cohen received an official invitation to speak on Soviet National Television on May Day from Red Square. With his wife and son beside him, Cohen took his place at the Mausoleum, one tier below Gorbachev and the Soviet leadership, watched the three-hour parade, and spoke to millions of Soviet television viewers expounding on his views of the “alternatives” in Russian history while doing his best to speak with correct grammar.

He may have been the only pundit cultivated by both Moscow and Washington. The Republican President George Bush Sr. sought out Cohen. Earlier, Cohen had shown his political hand. In the early Reagan years, he had critiqued the Republican critics of détente. An American who had stood at the Lenin Mausoleum in Red Square on May Day, a contributor to The Nation and a consultant to CBS News, Cohen was an unlikely name on the guest list in a Republican White House. He and Bush Sr. met three times. The president once put his arm around Cohen and said, “I need you.” Bush’s interest in the views of the left-leaning Cohen and a peaceful, negotiated end to the Cold War was just what the old Cold War Republicans suspected about the foreign policy of their party’s president.

Although Cohen disavows his image as a man on the left, it’s hard not to read politics into his positions. In the 1970s, I was one of many readers who saw in his “Bukharin” an argument formed in the Vietnam War era that offered an alternative to the Cold War paradigm. The history of socialism was not condemned to an inevitable pattern of a revolutionary coup, party dictatorship and totalitarianism. He tells me that I read more into the book than he intended. Nevertheless, in retrospect, there have been two consistent political themes to Cohen’s work — his support for the democratization of Russia and his opposition to the hardening of the Cold War line in the 1970s and 1980s or its re-emergence in the post-communist era. He had harsh words for Clinton when he pushed for the eastward expansion of NATO and for a near lethal dose of “shock therapy” in the Russian economy. 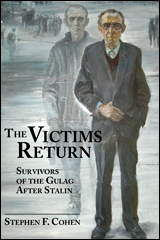 Cohen lost many former friends in Moscow when he condemned Yeltsin for sending tanks against the Russian Parliament in 1993, impoverishing ordinary Russians under “shock therapy” and opening the door to an era of corruption and kleptocracy. Looking back, Cohen has few apologies. “I have never served up new opinions, he says, “like a chef who serves up new recipes to please every new constituency.” Wary of sounding arrogant, he still believes, “On all the big issues where I committed myself to analysis and writing I got it right.”

Think seriously, therefore, on Cohen’s interpretation of the rise and fall of the Soviet Union. The keys to understanding the 20th century lay not what Russia was but what it might have been. “The end of the USSR was not inevitable,” Cohen insists, “there was an alternative.” When I asked him what that alternative was, he answered with another question: “Wouldn’t we all have been better off if the process of reforming and democratizing the Soviet Union would have continued?”

After the publication of “Bukharin,” Cohen published another five books that are a must read if you mind ever turns to a serious re-thinking of the history of the Soviet Union, Gorbachev’s reforms and post-communist Russia. His most recent book, “The Victims Return” is his most personal. It is both a memoir of friendships — his close ties to the victims who returned from Stalin’s camps — and a history of their struggle from the 1950s to the present, pushing for the “de-Stalinization” of the Soviet Union and Russia.

‘A writerly person’
Cohen writes well or, as he said to me, is “a writerly person.” This “writerly” style, his personal story, and soundness of his historical analysis make “The Victims Return” both accessible to the general reader and worth the serious scholar’s attention. In the book’s prologue, Cohen manages to give in only six pages a summary of “Stalin’s reign of terror” that weaves historical narrative, statistical data and the tragic literary voices of Anna Akhmatova’s “Requiem” and Boris Pasternak’s “Dr. Zhivago” into the most effective synopsis of the Stalinist nightmare that I have ever read.

Cohen’s epilogue gives the reader an equally brief but insightful interpretation of how the question of confronting Stalin’s legacy has remained at the center of Russian politics from the Yeltsin to the Putin eras. The five chapters in between the prologue and epilogue tell the reader the story of the making of Cohen’s book — Bukharin, the liberation of the prisoners of the Gulag in the Khrushchev era, their return from exile to Moscow and the centers of Russian life, and their fate challenging, retreating, coming back and never accepting defeat in the face of the creeping “Stalinist renaissance” in today’s Russia.

The story of one friendship is the key to Cohen’s personal and professional story. In 1975, Cohen met the widow of Bukharin, Anna Larina. Twenty six years younger than her husband, she had survived the Gulag and returned to Moscow in 1959. Shortly after the publication of Cohen’s “Bukharin,” a smuggled copy found its way into the hands of Larina. Through the rumor mill that connected Russian dissidents, western scholars and writers, she asked to meet Cohen.  From that first meeting until Larina’s death in 1994, the families of Bukharin’s widow and son and Cohen’s family have blended. It’s a story of the making of an American-Russian extended family beginning with his first wife, the opera singer Lynn Blair Cohen, and their two children, continuing in his second marriage to Katrina vanden Heuvel, editor and publisher of The Nation (and an accomplished Russian observer in her own right), their daughter, and all finding a second home in Moscow with Anna Larina, her son, the artist Yuri Larin, her grandchildren and her circle of friends.

Cohen’s Russian friends and adopted family in Moscow had a surprise for his 70 birthday in 2008. They published in Russian a collection of essays in his honor. It was translated and published as “Stephen Cohen, the Soviet Union and Russia” (Publishing Works, 2010).

As you leaf through “The Victims Return” and the collection of tributes to Cohen, the photos, anecdotes and reminiscences give the impression of a family memoir. There are photos of Cohen from his student days to what Gorbachev described as “the serious age” of 70, his children from toddler and baby photos to young adults, and the aging of his Russian friends. You need to pause and remember that this story and its photos form a virtual “Who Was Who” of Russian dissidents, reformers and intellectuals from Gorbachev to the poet Yevgeny Yevtushenko. Not bad for a kid from Owensboro, Ky.

And, by the way, why would a guy from Owensboro, Ky, choose a career in Russian studies? “It was fate,” Cohen says, “the subject chose me.”