If it’s any consolation, we are not alone in the Recount Zone. As Minnesota conducts the nation’s final statewide gubernatorial recount of 2010, the last lingering congressional recount of this election cycle is under way near the tony Hamptons of Long Island, N.Y. 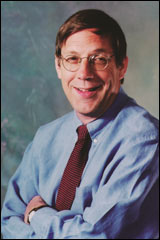 Much has been made of the return of key members of Al Franken’s 2008 recount team to lead Mark Dayton’s post-Election Day battle — from Washington, D.C. elections and campaign finance attorney Marc Elias to Seattle litigator Kevin Hamilton to local lawyers David Lillehaug and Charlie Nauen.

But one important player has been missing. He’s Chris Sautter, unquestionably the most experienced Democratic recount lawyer and recount operations specialist in the nation.

He’s been in the recount trenches for a quarter century, including his participation on Al Gore’s team in the 2000 presidential recount in Florida. In 2008-09, he was part of recount victories in Minnesota, New York (another House race) and Atlanta (the mayoral election).

The man is the co-author of “The Recount Primer,” a pamphlet/bible written in 1994, that details how to conduct a recount. It was the template for Franken’s victory in ’08 and a guide for Dayton’s current methods of detailed monitoring of election judges’ decisions at counting tables statewide.

We caught him via telephone in Yaphank, N.Y., waiting for a court hearing to begin in the razor-thin limited recount in New York Congressional District 1. There, Democrat Tim Bishop is now ahead of Republican Randy Altschuler by 247 votes out of a grand total of 200,000.

There have been human mistakes made in the initial reporting of the count to the Suffolk County Board of Elections. And there has been a dispute over the residency of voters; many live in New York City and have summer homes on the eastern end of Long Island. Also, new voting machines were used, adding to the confusion.

The Republican was once up by 383 votes, but, after some random precinct audits and the opening of absentee ballots, he is now behind by that 247. Then, there were 162 unscanned ballots, and the GOP challenged the custody of those ballots.

This New York scuffle, even though it’s not statewide, is a good old-fashioned recount, the sort Sautter can really get into. It’s nothing like our namby-pamby current recount with a margin of 9,000 votes and virtually no absentee ballot disputes this time.

Sautter once told me: “I love the tension of close elections and recounts. I find it amazingly exhilarating when your candidate comes from behind and turns it around … It is like climbing a mountain or running a marathon, both of which I have done. Or perhaps a better analogy would be winning a tough chess match after you get behind …”

That’s why he’s watching the Minnesota recount from afar and shaking his head. He doesn’t get it. Oh, he’s thrilled to not be here.

“It’s in the 60s here right now, so I feel pretty good,” Sautter said of the balmy East Coast weather. But his sense — even if it’s wishful thinking — is that his New York gig could be over by the end of this week.

“You get ahead and you know you’re going to win and, in fact, the people on the other side know they’re gonna lose,” he said, speaking from experience. “So you’re thinking, ‘Why is this taking so long?’ ”

Recounts drag on when the losing side believes it might find a legal issue somewhere, he said. But, in the end, it’s all about numbers.

“Usually, when I’m in a recount where there’s a large margin — and I consider anything over a thousand votes virtually impossible to overcome — but, usually, I’ll advise my client to do something limited, just to see if there’s something there,” meaning legally, Sautter said.

In Minnesota, of course, we have the automatic recount, so a limited bite at the apple is impossible, but continuing a recount process once a lead pushes beyond 9,000 is unheard of, Sautter said. “Not even close,” he said of any recount he’s been in with such a margin.

He added: “I thought it was interesting that Norm Coleman interjected himself into the Joe Miller thing,” Sautter said of former Sen. Coleman telling Alaska Tea Party candidate Miller to shut down his recount efforts with Republican incumbent Sen. Lisa Murkowski.

“I think that Coleman should have given Emmer the same lecture he gave Miller. His advice was: ‘Don’t waste anybody’s time. Shut it down.’ And, at least in Alaska, there were genuine legal issues. In Minnesota, it’s either an ego trip or somebody’s trying to accomplish something that nobody else can see.”

Sautter had to go then. A judge was about to show up for a hearing and the examination of more ballots on Long Island.

Later this month, Sautter is planning to scoot down to Fort Lauderdale, Fla. On Dec. 11, there’s a 10-year reunion for the gang of lawyers who worked on Gore’s 2000 recount team, a rare one that Chris Sautter lost.