His old pals at the Minnesota Legislature used to call U.S. Rep. Erik Paulsen “Opie,” that by-gosh, by-golly son of the sheriff on the “Andy Griffith Show” in the 1960s.

The nickname is apt. Not only is Paulsen a by-gosh sort of guy but even has an “Opie” look about him.

But these aren’t exactly “Opie” times, and the 3rd District Republican congressman was having a little difficulty charming his audience with his homespun style at Tuesday’s town hall meeting.

Separating himself from Washington
Certainly, from the beginning of the hour-long session before about 40 or 50 constituents, he tried to make it seem as if he’s different from all those others in Washington.

“As I was coming over here,” Paulsen said, “I couldn’t help but reflect on the debt ceiling — how poorly that process was done; how broken the process is. … Elected officials have become so uncivil. That’s why it’s so nice to be back in Minnesota. Please be polite and civil to each other.”

Paulsen then went through about a 20-minute spiel in which he bemoaned high unemployment, noted that 1 in 7 people are on food stamps and talked about how he believes in programs for “the neediest.” 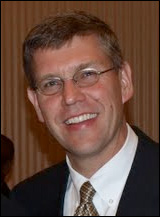 Then, in the gentlest of tones, he took off on the standard Republican Party talking points.

The problem, he said, is there are too many government regulations and that American corporate taxes are too high. He also noted that “American can’t continue to spend more than it takes in.” He’s concerned about whether his four daughters will have the same opportunities he’s had.

“How many of you carry pictures of your children and your grandchildren in your wallets?” he wondered.

He was Opie big time. He spoke softly, and he spoke respectfully of President Obama on a couple of occasions.

But then, it was the audience’s turn, and constituents’ questions indicated we don’t live in Mayberry anymore.

Perplexing answers
Some, in perplexed tones, were confused by the congressman.

One gentleman in the crowd raised this question: “American corporations are sitting on record amounts of cash. Why would anyone think that funneling more money to them through tax cuts will create jobs?”

This question got more applause than anything Paulsen said all night.

“I kind of want to see our corporations compete,” Paulsen said.

That didn’t seem to satisfy the people who had come to the town hall.

“GE had huge profits and paid zero in taxes, but that doesn’t seem to be creating jobs,” another audience member said. “Yet you’re not in favor of stimulating middle-class spending [Paulsen has opposed extending payroll tax reductions]. You said that’s a small thing. But you want corporate tax cuts for the job creators? The job creators aren’t creating jobs.”

Paulsen nodded his head in understanding, and he tried a little two-step.

“I’m not for empty promises,” he said. “You know, I’d rather have a long-term solution.”

He went on to say that “everything should be on the table.” He said that one of the problems in Washington is that “too many are just seeking short-term solutions.”

There was a lot of head-shaking from many in the crowd about the answer. But there was rage from one man, who was tired of the suggestions that corporations and the rich aren’t paying their fair share.

Without so much as raising his hand, Joe Arwood, a first-term city council member from St. Bonifacius who has announced that he’s running as a Republican for the U.S. Senate, yelled out in disgust at the tone of the questions.

“Don’t you people realize that the top 1 percent are paying 40 percent of the taxes?” Arwood yelled.

Paulsen ignored the outburst; others looked back and wondered who the red-faced fellow was.

Pinning Paulsen down
After that little burst, the forum returned to people trying to pin down Paulsen on where he stands.

A woman from Orono said she was distressed by the oaths various pols take, citing Grover Norquist’s no-new-taxes pledge that so many have signed. She wondered how Paulsen felt about that?

“I, ummm, haven’t signed any pledges this year,” he said. “I signed [the Norquist] pledge, umm, back in about 1996, I suppose. I’m not a big fan of raising taxes, I’ll be honest about that.”

After the town hall, he was asked to be a bit more specific about the no-new-tax pledge.

A young man, Aaron Zellhoefer, who said he was gay, wondered why Paulsen had opposed gays serving in the military.

Paulsen said that at the time he was opposed, he was waiting for the report of the generals.

So now that gays and lesbians are allowed to be open and serve, how does Paulsen feel? Zellhoefer wondered.

Paulsen mumbled something about “process” and tried to move on.

But Zellhoefer wasn’t about to let him move on too easily.

He asked the congressman how he feels about the marriage amendment Republicans pushed through the state Legislature.

“That’s something everyone gets to vote on,” said Paulsen, with a smile.

“He didn’t answer my questions,” he said.

Elusive stands
For almost an hour, Paulsen did his best not to answer questions.

He “wants everything on the table,” he wants more civility, he wants to “preserve Medicare and Social Security” for future generations, and he wants to see regulations cut without harming the quality of the air or water.

By the way, although many in his caucus don’t want to fund public radio and television, he’s an MPR member and he thinks they do a really good job of raising money, he noted.

The questions kept coming. At one point, Paulsen suggested he supports the idea of a federal balanced-budget amendment.

“Let’s imagine we have that,” a woman said. “What happens to the balanced budget if we’re suddenly fighting two wars and have a large number of natural disasters like we have this year.”

“The devil’s in the details,” said Paulsen. “You’ve got to allow some flexibility.”

When someone asked why he supported the extension of the Bush tax cuts, Paulsen put the blame on President Obama.

“I was surprised he [Obama] wanted to renew them,” Paulsen said.

There was stunned silence and then some snickers. A couple of people tried to call him on that remark, but time was running short and Paulsen had a couple of other people he wanted to hear from.

“I really want you to share your ideas,” he said.