As the holiday season approaches, many of us will be going online to shop for books, music, electronics, apparel and other gifts. 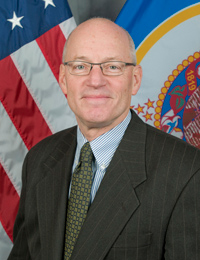 Online shopping is quick, convenient and often less expensive than roaming the malls and contending with the crowds. It’s also a way to escape paying Minnesota’s 6.875 percent sales tax on most purchases.

And if you’re planning to surprise your family with a new 60-inch plasma HDTV, the tax savings might be enough to add a Kindle to your e-shopping cart.

But if you’re a Minnesota retailer or a state government official, you probably have a different perspective. Remote online sellers are gobbling up an ever-growing share of the retail market and eroding Minnesota’s sales tax base, putting pressure on other taxes (and other taxpayers) to help pay for public services.

“We look at this as a fairness issue,” says Myron Frans, Minnesota commissioner of revenue. “We have these main-street retailers in Minnesota who have to pay property taxes, employment taxes and all these things. If you want to enter into the Minnesota market, you should have to collect the sales tax, too.”

Not surprisingly, Minnesota retailers also see it that way.

”Most of my members understand that they need to compete with online retailers,” says Bruce Nustad, president of Minnesota Retailers Association. “That’s why they want to be able to compete fairly on the price side.”

Under a 1992 U.S. Supreme Court decision, which addressed the issue of catalog sales, remote sellers must collect sales tax from out-of-state purchasers only if the seller has a physical presence in the purchaser’s state. That means a store, a warehouse, an office or a sales representative.

But this ruling was before the Internet era and the explosion of e-commerce. Over the last five years, online retail sales in the United States have risen more than 10 percent a year, compared with less than 2 percent a year for bricks-and-mortar stores.  Online sales now account for 5.6 percent of all U.S. retail sales, according to the Census Bureau.

In 2008, the New York Legislature enacted a law expanding the definition of what constitutes a connection – for tax purposes – to include marketing deals with “affiliates” who do have a physical presence in the state. These affiliates typically are web sites that carry advertisements and are compensated based on the number of “click-throughs” generated for the advertiser. 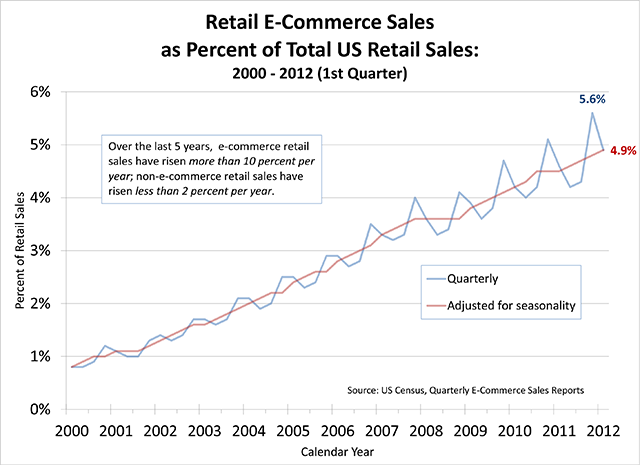 Amazon has challenged the legality of the New York law, but thus far has not prevailed in the courts. Several other states have followed the New York example, but Amazon has responded by dropping its affiliates in those states.

Last session, Minnesota retailers pushed for the passage of similar legislation here. The measure was supported by DFL Gov. Mark Dayton, but did not get out of committee in either the Republican-controlled House or Senate.

Some GOP lawmakers appeared to be trapped between their sympathy for homegrown businesses and their continuing pledge not to raise taxes.

Nustad argues that the bill is “about closing a tax loophole, not to be confused with increasing taxes. It’s a compliance and collection issue.”  He expects his group to resume its push for such a law next session, when the new DFL majority may be more amenable. 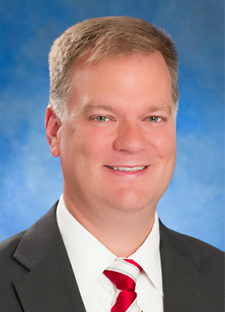 However, such a law would be an imperfect solution at best, taxing but a tiny slice of online sales by out-of-state businesses. One reason is that giants like Amazon likely would simply forego using affiliates and click-through ads in Minnesota.

Frans says the revenue department estimates that the bill would generate just $5 million a year in new revenue.

While most Minnesotans may not know it, they are required under existing law to pay a “use tax” on goods and services totaling more than $770 a year that are purchased from out-of-state businesses. The use tax equals Minnesota’s sales tax, minus any sales tax paid in the state where the purchase was made.

However, Minnesota makes little effort to publicize or collect this tax. In 2010, the last year for which figures are available, 734 individuals paid a total of $371,000 in use taxes.

“I know of two people who dutifully report their use tax,” says Mark Haveman, executive director of the Minnesota Taxpayers Association. “But they are the rare exception.” 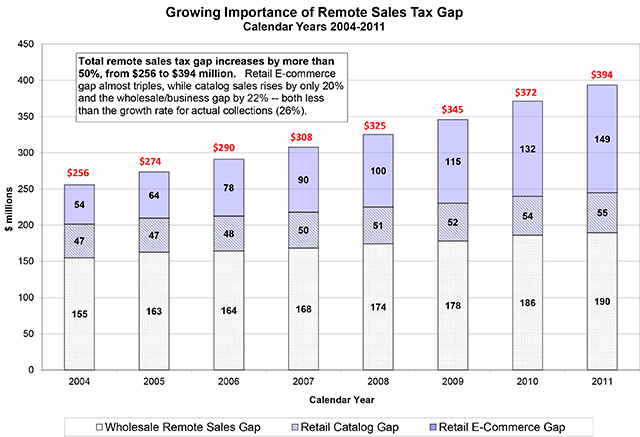 Frans says attempting to enforce the use-tax law would be difficult and costly, and still would only “nibble at the edges” of the online sales tax problem.

Instead, Frans and the governor are looking to Congress for a federal solution. In July, Dayton wrote members of Congress in support of the proposed Marketplace Fairness Act. It would require online and catalog sellers to collect and remit the sales taxes of all states that have simplified their sales tax codes to ease collection, as Minnesota and 23 other states have done.

“There are a number of multi-state businesses that are on board with this kind of bill and are big supporters of federal legislation,” says Pat Dalton, a Minnesota House tax expert. “Amazon has now decided to actively support federal legislation. They just don’t want a state-by-state approach. They don’t think that works.”