Last of five installments. You can read the whole series here.

Sharon Schmickle and I began this project with a Big Question: Have casinos improved the lives of those living on Minnesota’s Indian reservations? 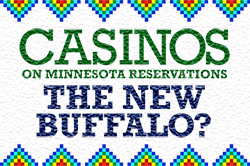 Specifically, have casinos enabled Minnesota’s tribes to meet goals set out in the Indian Gaming Regulatory Act of 1988? In other words, have the tribes turned casino profits toward developing their economies, achieving greater self-sufficiency and strengthening tribal governments?

If you’ve followed the other installments of this series, you already know the overall answer we heard from Native people: mixed bag.

We heard something more, though. We heard a different question.

Ojibwe and Dakota people across Minnesota added a measure of casino success that rises above issues of poverty, jobs, education and tribal self-sufficiency: Have casinos enabled tribes to restore their endangered languages and steep a new generation in cherished cultural values and traditions?

Nearly everyone we met placed a high priority on that question, often bringing it up before we even got around to asking.

Bois Forte band member Don Chosa used the analogy of tribal sovereignty as a stool, with one leg being language. He told me that in the Bois Forte Nation of several thousand, only 14 fluently speak the Ojibwe language.

Fond du Lac Chair Karen Diver’s face lit up when I asked her whether gaming funds should be used to promote cultural awareness and restoration.

“A large part of the policy of the federal government through the years was to undermine the identity of Indian people,” she said. “Part of the resiliency of Native American people is the preservation of our identity, which is all about language and culture.”

This video expands on her points:

Judging by the flourish of cultural activities throughout Minnesota’s Indian country, the state’s Native Americans are doing far more than talking about this objective. To name just a few developments:

How much of this spirited revival of Indian language and culture can be credited to casinos? No one can say for sure. Certainly, a good share of the drive for preserving the languages was independent of casino profits.

Yet, we heard time and again that casinos have revived Native pride and lent psychological momentum as well as financial resources to renewed cultural celebration.

Building on the economic thrust from casinos, tribes have moved to revitalize their communities and to revive cultural sovereignty which had been “under assault quite powerfully all of the way . . . to the 1960s,” said David Wilkins, a University of Minnesota professor of American Indian Studies.

“They just didn’t have the opportunity to do that before, at least not at the scale to which they are doing it now,” Wilkins said. 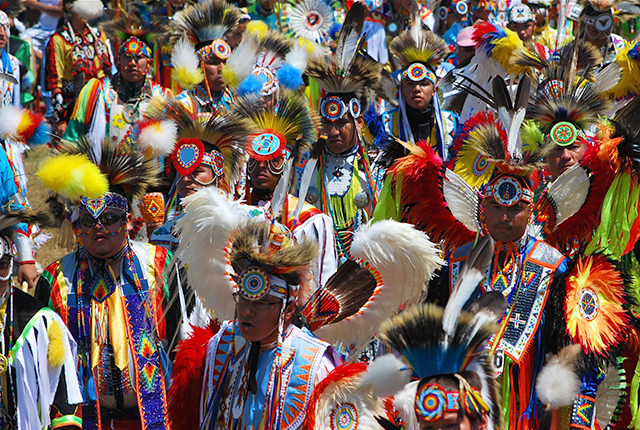 MinnPost photo by Steve DateFond du Lac Chair Karen Diver: “Part of the resiliency of Native American people is the preservation of our identity, which is all about language and culture.”

Cultural restoration is a fragile enterprise, though, something that takes generations to achieve. Its keystone is enduring hope.

In this case, hope is clouded by the realistic fear that Minnesota’s tribes will lose their exclusive franchise to run gambling casinos. Year after cash-strapped year, politicians have called for the state to grab a greater share of the lucrative business. Meanwhile, online gaming has grown.

Tribes have maneuvered to thwart competition so far. Still, their leaders brace for the day when gamblers will have other places to spend their money.

Have tribes used their 20 years of casino operations to build for a time when this cash cow is gone? Or have they wasted the opportunity?  I asked Indian people what would happen if their exclusive rights to casino gaming were compromised. This video gives a sampling of the responses:

As I drove through Minnesota’s reservation communities this year, toured impressive new buildings and learned about ambitious programs, I couldn’t help but wonder what these places will be like 20 years from now. Almost certainly the gaming revenue landscape will have changed, whether slightly or drastically.

Will the buildings still shine? Will the same level of programs and services be offered? Thinking optimistically, will most tribal members have landed good jobs so that a lot of these government services won’t even be necessary?

Will Native people own and operate more businesses?

Will Native culture be stronger? Will more people fluently speak the Native languages?

Will everyone have a decent place to live? Will all enjoy better health? Will addictive behaviors decline?  Will high school graduation rates rival those of Minnesota’s general population?

As a (so far) loosely connected member of the White Earth Nation, will I be saying “we” more often than I say “they,” when referring to Anishinabe people?

I hope so – with or without the casinos.

Sharon interviewed me recently, asking me to reflect on my experiences while doing this series. That video:

Finally, thank you for following these reports. We’d love to hear your thoughts about the questions and issues they raise.