It was possibly the most emotional moment of one of the Legislature’s most emotional days. One after another, married couples, partners who’d like to be married, parents, children, clergy and others testified at twin hearings Tuesday on the proposed legalization of same-sex marriage.

Partway into the proceedings, a slender woman stepped to the front of the room and took a seat next to Rep. Karen Clark, DFL-Minneapolis, the bill’s chief author in the House of Representatives. Lynne Osterman introduced herself to the members of the Civil Law Committee — and promptly burst into tears.

Struggling, Osterman explained that she served a single term in the House as a Republican elected in New Hope. During her 2002-2004 term, she cast what she called a “politically expedient vote” in favor of Minnesota’s Defense of Marriage Act (DOMA), banning gay marriage.

“I regret it,” Osterman said. “I can tell you from experience that you will have to live knowing that a no vote is not fair, it’s not respectful and it’s not equal.”

She’d been holding in her remorse for a long time, Osterman added, still choking back tears.

‘Please get this right’

“I blew my vote,” she said. “I’m imploring you, please get this right.”

Clark, one of the first openly lesbian lawmakers in the country and still one of three LGBT legislators in Minnesota, did not know Osterman would be coming to the hearing.

“It was a wonderful surprise,” she said. “It was just a very loving gift she gave the committee members.”

Twelve hours after the testimony started, the bill passed out of the House committee and the Senate Judiciary Committee on party-line votes of 10-7 and 5-3, respectively. The next step: the floors of both chambers.

Although lobbyists, lawmakers and gay rights advocates say they are confident that the initially hesitant DFL leadership would keep the bill off the floor if they lacked the votes for passage, it’s still projected to be close, particularly in the Senate.

If it passes, gays and lesbians can begin marrying Aug. 1, nine months after Minnesota became the first state to beat back a GOP-led attempt to enshrine a ban on same-sex marriage in the constitution.

‘Time to finish what we started’

“In their wisdom, the voters rejected that amendment,” Marilyn Carlson Nelson, chair of Carlson Companies and an early equality booster in the business community, reminded a Senate committee. “Now I think it’s time to finish what we started.” 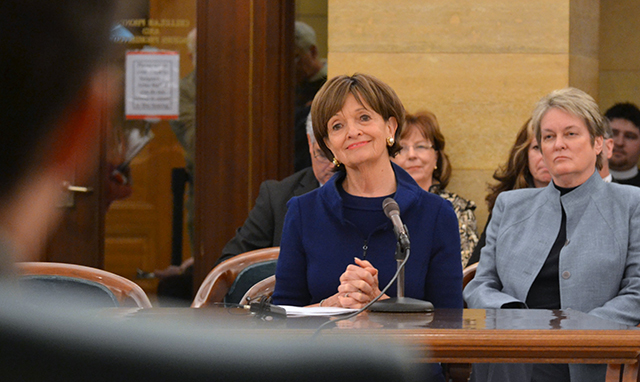 MinnPost photo by James NordMarilyn Carlson Nelson, chair of Carlson Companies: “In their wisdom, the voters rejected that amendment.”

Many of those who testified in favor simply described their families and what marriage would mean for them. Kate Wulf described marrying her partner Marianne Christianson in Canada.

“After 25 years of waiting we were legally wed,” she said. “It was the best day of our lives. And then we returned to Minnesota,” where they are strangers, legally.

A number of witnesses on both sides testified to the effect the bill would have on raising children. In addition to pediatricians with opposing views, the committee heard from adults on both sides of the issue who grew up with LGBT parents.

“For those of you worried about the kids of gay parents, we’re doing just fine,” said David Patton, who also testified two years ago when the Legislature was debating putting the amendment on the ballot. “You’d be amazed what gay dads can teach you about impressing girls.”

A bisexual professor at California State University-Northridge, Robert Oscar Lopez talked about his painful experience growing up with lesbian mothers and his longing for a father. Along with another of the testifiers, National Capital Tea Party Patriots co-founder David Mainwaring, who is gay and who lives with his ex-wife, Lopez last month submitted an amicus curiae brief in one of the gay marriage-related cases pending before the U.S. Supreme Court. 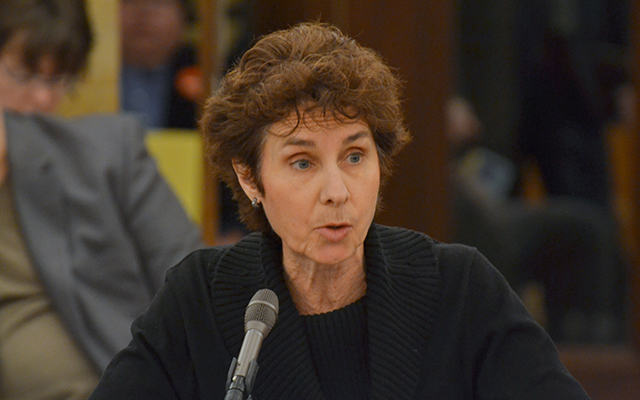 The most prominent local testifier against the bill was Katherine Kersten, who warned that it would do far more than recognize new families. “A look at this bill reveals something more insidious than advocates let on is under way,” she said. “Mother and father aren’t gender-neutral words, that’s a fiction.”

If the majority of the testimony both for and against was emotional and personal, the balanced involved opponents’ concerns about religious freedom and proponents’ efforts to clarify the difference between laws concerning marriage and laws outlawing discrimination.

Opponents say that legalization of same-sex marriage will unleash a flood of lawsuits, persecutions and even forced church closures as people with deeply held religious beliefs are forced to participate in gay weddings. Clauses in the Minnesota bill saying churches will not be forced to perform weddings that violate their beliefs do not offer protection to businesses and service providers who also oppose same-sex marriage rights.

The same arguments have been made in TV and radio ads here and in other states where same-sex marriage has hit the agenda. Though the claims are typically distortions at best, it takes detailed, complicated explanations to debunk them.

Several testifiers mentioned a case being heard this week by the New Mexico Supreme Court involving a wedding photographer who in 2006 refused to take pictures at a lesbian commitment ceremony. The couple filed a discrimination complaint; two lower courts sided with the women.

Proponents counter that the example and others like it are conflations. Gay marriage is not legal in New Mexico and the state anti-discrimination laws require businesses and service providers to serve any customer regardless of race, ethnicity, religion or sexual orientation, among other factors. 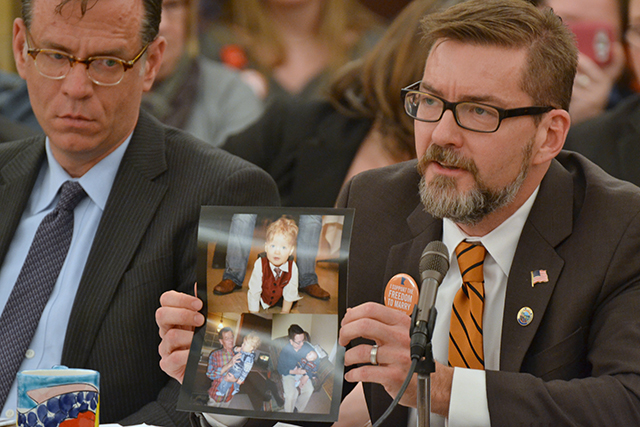 Attorneys for the right-wing religious advocacy group Alliance Defending Freedom argue that the photographer is protected by the First Amendment because requiring her to take pictures of a same-sex union would force her to convey a message that violated her beliefs.

The situation would be much the same if it occurred today in Minnesota, countered Dale Carpenter, a University of Minnesota Law Professor and former board member of Minnesotans United for All Families, the group pushing for gay marriage. Recognizing the rights of gays and lesbians to marry would not change this, he said.

“We protect religion in ways other states aren’t even contemplating,” he said. “We have a special carve-out just to deal with sexual orientation.

“What the marriage bill does, in addition to giving same-sex couples the freedom to marry, is it reaffirms existing protections for religious freedoms,” Carpenter continued. “It adds specific protections for dealing with marriage ceremonies and solemnizations.”

The topic came up again and again, giving Carpenter multiple opportunities to explain that the Minnesota Human Rights Act, the law that governs discrimination, provides a “carve-out” designed to accommodate religious opposition to homosexuality. 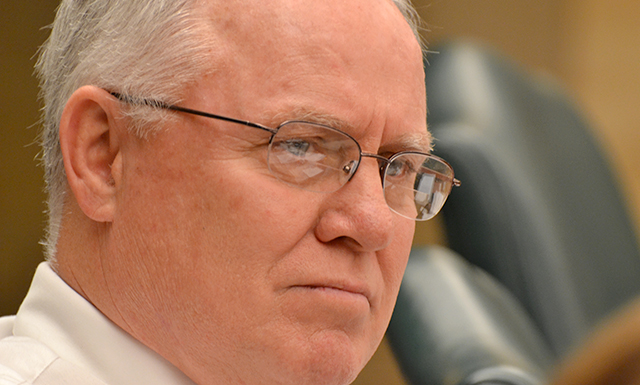 Broadest in the nation

This protection is the broadest in the country, Carpenter asserted. “This bill is not an opportunity for opponents of gay marriage to revisit this state’s commitment to nondiscrimination,” he said. “Nor is it an invitation to same-sex marriage supporters to trample religious liberties.”

To back up the point, Carpenter read the Minnesota Constitution’s bill of rights to the Senate committee, noting that it, too, guarantees religious freedom. Still, some lawmakers seemed confused about the distinction between the anti-discrimination statute and laws governing marriage, and even a little fuzzy on the difference between civil and religious marriage.

Moments before the House committee voted Tuesday night, Rep. Michael Paymar, DFL-St. Paul, brought up the same DOMA vote that Osterman, the remorseful former lawmaker, had talked about in the morning.

When that vote was taken nearly a decade ago, his legs were shaking, but he stood with Clark “in solidarity” in voting no. He understood his colleagues’ desire to let some time go by — to deal with the budget and to allow time for “everyone to feel heard,” several said — but he for one was ready for a floor vote.