When owners of Baldinger Bakery decided they needed to expand and modernize their commercial baking facility located on St. Paul’s West Side, they considered multiple sites in the city, the suburbs, outstate Minnesota and western Wisconsin.

However, despite taxes, regulatory concerns and other considerations, the 125-year-old bakery ultimately settled on Beacon Bluff, the 62-acre redevelopment area on St. Paul’s East Side that once was occupied by 3M and other industrial firms.

“Baldinger still had to deal with Minnesota taxation and St. Paul regulatory requirements,” said Jambois, whose agency acquired the 3M site and prepared it for redevelopment. “But they were willing to do those things in order to expand at a location where they could get their raw materials in, their product out and retain their high-quality workforce.”

These were no small considerations for a firm that counts McDonald’s, Arby’s and Famous Dave’s among its customers – and now is capable of producing 65,000 buns an hour in his new state-of-the-art bakery.

A recent survey of nearly 8,000 small businesses across the nation found that taxes were not the prime concern of small businesses when rating the business climate of their state or city, with licensing and regulatory issues ranking much higher.

“Licensing and permitting regulations were … a more powerful predictor of a state’s small business-friendliness than were taxes, even controlling for the businesses’ different industries,” the survey found.

Overall, the survey ranked Minnesota 11th among all states in business-friendliness, and the Twin Cities 17th among 57 metro areas. The survey was conducted by Thumbtack, an online business marketplace based in San Francisco, and the Ewing Marion Kauffman Foundation of Kansas City.

Both the state and metro area received relatively high marks for “ease of starting a small business,” but much lower grades for their “friendliness” on taxes, licensing and regulations.

State economic development officials did not respond to a request for comment on the survey. In the past, Gov. Mark Dayton has argued that too much attention is focused on tax comparisons in assessing the state’s business climate.

The new survey did not impress John Spry, a professor of business economics at the University of St. Thomas. He said economists prefer to study data about business decisions and how they are influenced by policy changes such as tax increases.

“This kind of survey is designed to get into newspapers,” Spry said.  “There aren’t a lot of surveys like this that are used in economic literature.” 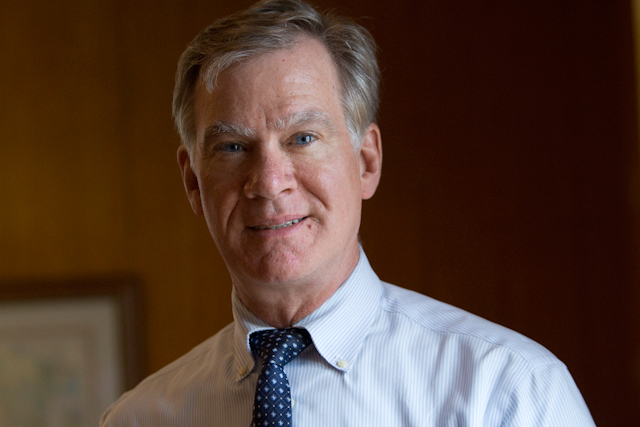 MinnPost photo by Terry GydesenSt. Paul Mayor Chris Coleman: “We have made business-friendliness a priority for St. Paul, and more and more local businesses are choosing to invest here.”

However, Bill Blazar, senior vice president of the Minnesota Chamber of Commerce, said he was not surprised by the survey results and the great concern about licensing and regulation.

“These are small businesses and many of them are startups,” Blazar said. “Typically, for the first few years, they don’t make any money, so they don’t worry a lot about taxes.  If somebody says to them, ‘you need a license,’ that’s a much bigger deal.”

Blazar said that when the chamber receives a call from a startup, “it is almost always about a licensing issue.” As an example, Blazar said he received a call last fall from an individual who had developed vitamin supplements and wanted to open a small retail store in Minneapolis. As part of his marketing approach, Blazar said, the man wanted to demonstrate to customers how his supplement could be mixed with fruit juice.

“A week before he was going to open, the city of Minneapolis told him that he not only needed a restaurant license, but that he also had to add a bathroom because he’s a restaurant,” Blazar said. “Eventually we got it sorted out and they backed away from both requirements.”

Despite the survey results, Blazar and other business leaders remain concerned about proposals by Dayton and the DFL Legislature to raise the state’s top income tax rate. They say it will make Minnesota less competitive and harm some 21,000 small business owners who pay individual income taxes on their business income.

Meanwhile, the state of Minnesota, Minneapolis and St. Paul all say they are attempting to streamline business licensing and permitting requirements.

As part of its 2013 budget, the city of Minneapolis undertook a major restructuring of city regulatory agencies that is intended to deliver services more efficiently and reduce city costs by $300,000 to $400,000 a year.  “As a result, doing business in Minneapolis will become even easier,” said Major R.T. Rybak.

Jambois said city agencies in St. Paul are working on a project to map the entire planning, zoning, regulatory and permitting process “in order to get rid of the duplication, reorder processes and streamline the system.”

In his recent State of the City address, St. Paul Mayor Chris Coleman said: “We have made business-friendliness a priority for St. Paul, and more and more local businesses are choosing to invest here. But as many of our council members and local business owners know, navigating the permitting process can be tricky. We as a city can and must do better.”

Is Minnesota friendly to small businesses?