Justice is a central pillar of Islam.

“Anyone who has perpetrated an illegal action must be brought to justice,” says Dr. Hamdy El-Sawaf, an imam at Masjid Al-Iman mosque in Northeast Minneapolis. “It’s one of the values that we, as Muslims, apply in life.”

When those entrusted with upholding justice instead circumvent it, “that is a scary matter,” says El-Sawaf, 62, a clinical psychologist from Egypt who’s lived in the Twin Cities for 33 years.

Justice is also a fundamental tenet of the United States of America. The Pledge of Allegiance, after all, concludes, “…and justice for all.”

Which is why the U.S. response to former Minnesotan Nasser al-Awlaki’s federal lawsuit against the government for killing his son and grandson, both American citizens, filed last year ago provokes so much fear among the Muslim population state and nationwide, Islamic leaders told the MinnPost.

U.S. drones over Yemen killed Anwar al-Awlaki, 40, and his son, Abdulrahman al-Awlaki, 16, two weeks apart in 2011. Nasser Al-Awlaki argues in his claim that Obama administration officials violated the Fourth and Fifth Amendments of the Constitution by killing his son and grandson without due process. U.S. Attorney General Eric Holder posited in a May letter that government officials legally targeted and killed Anwar al-Awlaki due to “his direct personal involvement in the continued planning and execution of terrorist attacks against the U.S. homeland.” Holder wrote that Abdulrahman al-Awlaki was “not specifically targeted by the United States.”

The case poses questions described by James Rosenbaum, a retired federal judge in Minnesota, as part of a “titanic battle” between the executive branch and the judicial branch. The effectiveness of existing checks and balances. The meaning of unlawful seizure of a person and the unlawful deprivation of life. The legal geographic and time limits of armed conflicts.

Nasser al-Awlaki, who lives in Yemen, declined requests for interviews from the MinnPost through officials at the New York-based American Civil Liberties Union (ACLU) and the Center for Constitutional Rights, who are representing him in the case before U.S. District Judge Rosemary M. Collyer in Washington, D.C. 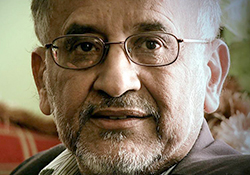 Al-Awlaki also sued the U.S. government in 2010, challenging the placement of his name on a kill list by Obama administration officials. A federal court dismissed the case, ruling, among other things, that al-Awlaki lacked standing

Al-Awlaki attained prominence during his time in the United States, before reaching even greater heights in Yemen. He was a Fulbright Scholar and earned master’s and doctorate degrees at New Mexico State University and the University of Nebraska. He was a University of Minnesota agriculture researcher from 1975 to 1977. In Yemen, he founded Ibb University, was president of Sana University and served as Yemen’s minister of agriculture and fisheries from 1988 to 1990.

“He was a very nice fellow, very competent. We worked very closely together for a couple years,” says Burt Sundquist, a St. Paul resident and professor emeritus of agricultural production economics and policy who hired al-Awlaki at the University of Minnesota. They collaborated to publish a book in 1979 on potential U.S. economic impacts due to an outbreak of foot-and-mouth disease.

“Nothing similar had been done before,” Sundquist says. The authors received “several questions relating to the book” during subsequent outbreaks of the disease in the United Kingdom, he says.

“We probably saw the al-Awlakis socially at our house a couple times,” Sundquist says. “The kids were along. Anwar was a kid of 6 or 7 years.”

Nasser al-Awlaki and Sundquist would compare Yemeni and American cultures, and discuss cultural differences such as the al-Awlakis’ arranged marriage.

“My wife was very interested in that,” he says. 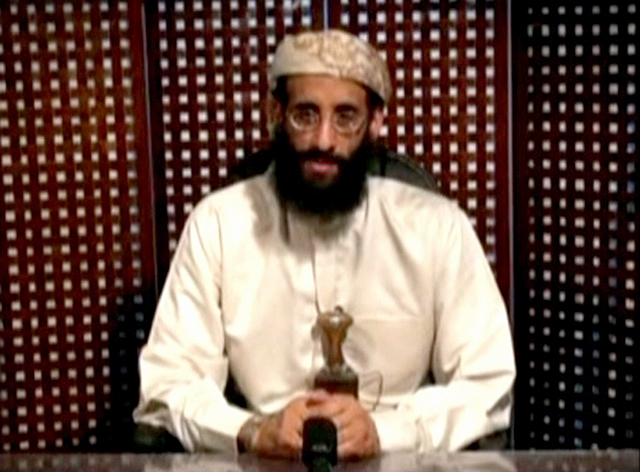 REUTERS/Intelwire.comAnwar al-Awlaki, a U.S.-born cleric linked to al Qaeda’s Yemen-based wing, in this still image taken from video released by Intelwire.com on Sept. 30, 2011.

Sundquist says he and al-Awlaki haven’t had any contact in about 20 years. But upon learning of the deaths of his son and grandson, he “felt very badly having known Nasser quite well and having a high regard for him. I had to assume that must have been a terrible blow to have [his] son and grandson killed.”

A survey of more than a dozen Twin Cities Muslim leaders yielded no one who knew al-Awlaki during his time here.

For Muslim Americans, that notion is frightening, says El-Sawaf, the Minneapolis imam. What happened to both al-Awlakis “could happen to anybody,” he says.

But many U.S. citizens who practice Islam believe it might be more likely to befall them than Americans of other faiths, says Gadeir Abbas. He is staff attorney for the Council on American-Islamic Relations at its headquarters in Washington, D.C.

Confirmation that law-enforcement officials do conduct pervasive surveillance of U.S. Muslim communities stokes reticence and distrust of mosque visitors, Abbas says. He pointed to the revelations in a book, “The Terror Factory,” by investigative-journalist Trevor Aaronson and in the 2011 Pulitzer Prize-winning Associated Press series on the New York Police Department’s “mosque crawlers.”

“This has an impact in restraining what people otherwise might be willing to say,” says Abbas, who as part of his job, encourages Muslim Americans who feel harassed by police to come forward. “It has an effect on the community’s willingness to welcome new members to the faith and otherwise practice their faith in an unbridled manner.”

“I have clients who would love to perform the pilgrimage to Mecca, but can’t because they’re on a no-fly list,” Abbas says. “They don’t know if they’ll ever get to perform what, in their hearts, is a religious obligation.”

Next step in legal case

The next hearing in al-Awlaki’s case is not yet scheduled, says a Pardiss Kebriaei, senior staff attorney at the Center Constitutional Rights (CCR), and one of al-Awlaki’s lawyers. Judge Collyer will convene another hearing when she’s decided whether to dismiss the suit or allow it to continue. If Collyer dismisses it, Kebriaei plans to appeal, she says.

What she and her ACLU colleagues are arguing seems pretty basic.

“None of the [U.S. government’s] evidence has been reviewed by the court – it’s just accusations and allegations,” Kebriaei says. “That evidence should be reviewed before an American citizen is convicted, sentenced to death and executed.”

Adds Brett Kaufman, the ACLU’s national security fellow: “If the government prevails, it will mean the executive branch can unilaterally kill American citizens without evidence provided to the courts and an explanation to the public. It can simply decide on its own if an American is deemed a threat to national security.” 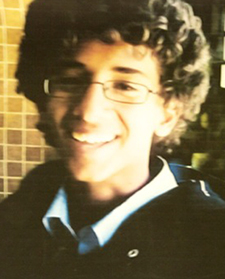 Democracy must be held to a higher standard, says Fionnuala D. Ní Aoláin, a University of Minnesota law professor who specializes in counterterrorism.

The debate raging between Obama administration and al-Awlaki lawyers echoes a debate among international law and human-rights experts, says David Wippman, dean of University of Minnesota’s law school and a specialist in both those areas.

“If the United States is in an armed conflict with al Qaeda, it may be lawful to kill al-Qaeda members participating in the hostilities against us,” Wippman says. “With the U.S. targeted killing program, a key question is whether the criteria for existence of an armed conflict have been satisfied at the time and place an attack is carried out.”

That’s clear in Afghanistan and Iraq, he says. But not so clear in Yemen. Beyond that, armed conflicts also must have temporal and geographic boundaries.

“A second key question is whether the United States has sufficient evidence to conclude that a particular individual being targeted is, in fact, participating in the hostilities at issue,” Wippman says.

“These are extremely difficult issues,” says Rosenbaum, who has experience in international terrorism cases and served as a federal judge in Minnesota. He stepped down from the bench in 2010, 25 years after President Ronald Reagan appointed him.

The Fourth Amendment affirms “the right of the people to be secure in their persons, houses, papers, and effects, against unreasonable searches and seizures.” The Fifth Amendment states that no person shall “be deprived of life, liberty, or property, without due process of law.”

But Sen. Ron Wyden, D-Ore., who sits on the Senate Select Committee on Intelligence, has repeatedly sounded the alarm that the way federal officials interpret laws behind closed doors is much different than the way Americans commonly interpret them. 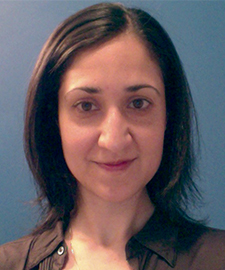 Because that difference is classified, Wyden has declined to expand. But during an interview with investigative-journalist Jeremy Scahill for a documentary called “Dirty Wars,” the senator says: “It is important for the American people to know when the president can kill and American and when he can’t. And yet it’s almost as if there are two laws in America. The American people would be extraordinarily surprised if they could see the difference between what they believe a law says and how it has actually been interpreted in secret.”

A White House spokeswoman referred MinnPost questions to Holder’s letter and President Obama’s May speech at the National Defense University in Maryland. The president did not provide any detail that day on the killing of Abdulrahman al-Awlaki, but regarding Anwar al-Awlaki, Obama said: “I do not believe it would be constitutional for the government to target and kill any U.S. citizen – with a drone, or with a shotgun – without due process, nor should any president deploy armed drones over U.S. soil. But when a U.S. citizen goes abroad to wage war against America and is actively plotting to kill U.S. citizens, and when neither the United States, nor our partners are in a position to capture him before he carries out a plot, his citizenship should no more serve as a shield than a sniper shooting down on an innocent crowd should be protected from a SWAT team.”

Mike Cronin is a Minneapolis-based investigative journalist who has reported for newspapers, public radio, public television and websites.