At an oversight panel hearing on Tuesday, lawmakers carried the complaints from community groups to the exchange leadership.

The discussion capped weeks of anger from “legacy” organizations that work with African-Americans and new immigrants, who say they were overlooked during the grant review process.

The exchange announced last month that 30 organizations would receive $4 million in available funding to help people enroll in MNsure. But the exchange staff that reviewed the grant applications passed over longstanding community groups, such as the Minneapolis Urban League and the Stairstep Foundation, when divvying up the funds.

Sen. Jeff Hayden, DFL-Minneapolis, one of the few lawmakers of color in the Legislature, came out swinging in defense of those groups and others that serve immigrants, particularly in Minnesota’s Somali community.

“Traditional legacy African-American agencies that are owned by them, started by them … they did not get an opportunity. They did not get a grant,” Hayden said, echoing criticisms from both Democrats and Republicans on the panel.

He charged the exchange with failing to follow the fundamental goal of the federal health care reform law – to effectively provide underinsured populations, like communities of color, with health insurance.

“You blew it. You just flat out didn’t get it right,” Hayden told MNsure’s director and board chairman. “I’ll say it over and over again until we admit that.”

Hayden tore into the exchange for not having any African-American staff members on the team that reviewed the grants. He argued that without established, respected community groups that intimately know, live with and work in communities of color, the exchange will be a failure at erasing health disparities in Minnesota.

“MNsure was an opportunity to start at the very beginning to move us forward,” Hayden told MinnPost. “We’re swimming upstream on health disparities right now … it’s not even enrolled its first customer yet and we think that we’re already starting at a deficit.”

April Todd-Malmlov, the exchange director, took the criticisms in stride and assured the bipartisan oversight committee of House and Senate members that exchange staffers weren’t intentionally overlooking certain groups or areas of the state with the grant funding.

Roughly 100 groups put in about $20 million worth of requests for the available $4 million pot, she said.

“There was no intention to exclude any particular group,” Todd-Malmlov added.

It’s unclear what will happen moving forward, but Todd-Malmlov said exchange staff is looking for extra money to provide additional outreach funding on top of the $4 million that’s already been allocated. She expects those grants to be finalized by the end of September.

“Our intent was to reach as many populations as we could,” she told reporters after the meeting. “Were we able to reach all the populations that we wanted to? No. There’s a limited pot of money there, so we’re trying to find more funding to make sure we can get out into those communities.”

Todd-Malmlov also said there’s a larger picture to consider. Lawmakers don’t have many details about the groups and coalitions that are set to receive the funding because the contracts are still under negotiation. 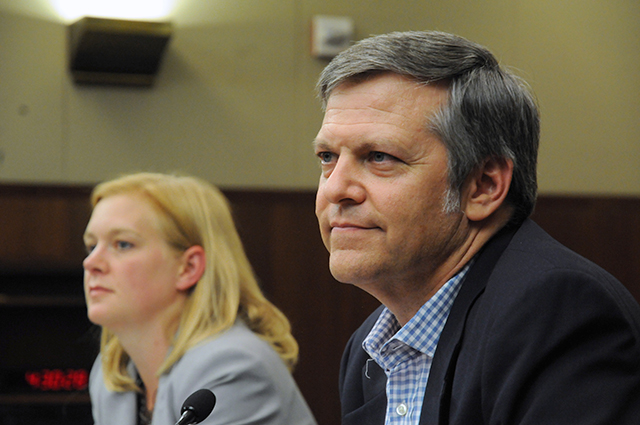 The $4 million in outreach grants are also part of a larger $15 million pool that’s meant to aid in exchange enrollment. The remaining $11 million will go to the roughly 250 organizations and 1,400 brokers under a program that pays out depending on the number of people they enroll in MNsure.

MNsure’s board will meet Wednesday afternoon and discuss the outreach funding, and Todd-Malmlov said she hoped to have an updated number on how much additional money will be available then.

Frustrated lawmakers like Hayden recognize they don’t have much real leverage over the exchange board or staff when it comes to the grant process.

Alfred Babington-Johnson, who leads the Stairstep Foundation, told the committee that he’d hoped to be “deeply immersed” in the exchange process by now, not waiting to get in the door. Despite the possibility of additional resources, Babington-Johnson seemed discouraged.

“Satisfied? No. Hopeful? Can I say hopeful and almost get it out?” he asked rhetorically. “It’s such a clear, egregious kind of overlooking that I just can’t believe.”

Fartun Weli, founder of Isuroon, a Somali women’s health group, also pushed lawmakers for funding. She argued that $4 million was simply not enough to get the word out and said that MNsure staff doesn’t understand how the Somali immigrant community actually communicates.

“We as a community also have other challenges, which is the language barrier and the culture and the religion,” Weli said. “We were thinking MNsure would be an opportunity to system change and fairness.”

Republicans on the committee pushed to meet again before the exchange begins enrolling Minnesotans on Oct. 1. Sen. Sean Nienow said it would be a “complete abrogation” of the committee’s responsibilities if it didn’t reconvene soon.

But the oversight committee’s two leaders, Rep. Joe Atkins and Sen. Tony Lourey, aren’t sure that will happen. The exchange is on track to be functional on Oct. 1, Todd-Malmlov said, but lawmakers want MNsure to have ample time to finish their work.

Atkins and Lourey were also largely silent on the outreach controversy.

“It’s not concluded yet … there may be some additional money,” Atkins said. “There was obviously some significant passionate testimony given today.”