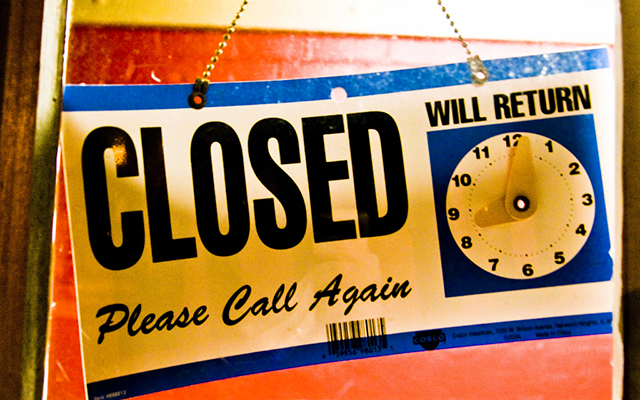 For much of the 20th century, it was illegal for a majority of Minnesotans to work on Sunday. Loud noises, horse racing and most buying and trading was banned that day, with the exception of the sale of newspapers, drugs and fruit. Even those activities had to be done in a quiet, orderly manner.

Dating back to colonial America, so-called “blue laws” restricted various activities on Sunday as a day of worship and rest. It took hundreds of years in some cases, but states have slowly repealed or deemed unconstitutional nearly all of the old-world Sunday bans.

But in Minnesota, two notable blue laws are still on the books today. Want to buy booze on Sunday? You’re out of luck in Minnesota, unless it’s 3.2 percent beer. Interested in visiting a car dealership and possibly purchasing a new vehicle? It will have to wait until Monday.

Each year a proposal in the Legislature to lift the ban on Sunday liquor sales is shot down by a powerful lobby of union representatives and liquor-store owners. The ban on Sunday car sales is rarely discussed at the Capitol and continues at the behest of auto dealers, which enjoy a day where they and all their competitors must be closed.

But that could soon change. A growing movement led by craft brewers is trying to put the pressure on legislators to lift the Sunday liquor ban, and Democratic Gov. Mark Dayton recently told the Associated Press that he’d sign a bill to do away with all of state’s remaining blue laws.

“Commerce is well enough established as seven days and nights a week now,” Dayton said. “For us to say it doesn’t apply to this or doesn’t apply to that really doesn’t make much sense. There are an increasing number of Minnesotans for which Sunday isn’t a religious holiday.”

Minnesota is not alone in clinging to the last vestiges of the Puritan blue laws. Many states still prohibit hunting in various forms on Sundays. In Massachusetts, Rhode Island and Maine, blue laws prohibit most retail stores and large grocery stores from opening on Thanksgiving and Christmas. In Massachusetts, retail workers staffed on Sunday must be paid time and a half.

Illinois bans horse racing on Sundays and in 1982 actually added a law on the books that prohibited Sunday car sales. Bergen County in New Jersey is notable for having some of the strictest blue laws in the nation, kept in place through countywide referendum. The county bans the sale of clothing, furniture and home appliances on Sundays. The city of Paramus, N.J., allows only the sale of food, gasoline and other items deemed necessary on Sunday.

In all, Minnesota is one of just 12 states that still restrict Sunday liquor sales. The North Star State is an outlier in the Midwest, with no bordering state sharing the same restrictions. Sunday liquor sales restrictions are more popular in the south, enforced in states like Texas, Oklahoma, Mississippi, Alabama and Tennessee, among others. That’s not the case with Sunday auto sales, which is also banned in neighboring states like North Dakota, Wisconsin, Iowa and Illinois. In all, more than a dozen states have Sunday car sales restrictions, while states like Texas and Utah do not allow car sales on consecutive weekend days (auto dealers can choose which day to remain open). 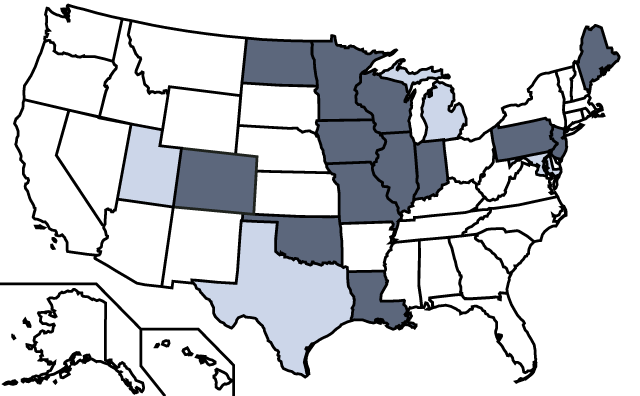 One of the perennial arguments for relaxing the Sunday liquor ban is lost business to neighboring states. DFL Sen. Roger Reinert, the author of the Sunday liquor sales bill, says he regularly sees business hop from his hometown of Duluth over the border to Wisconsin on Sundays.

But the issue of Sunday liquor sales makes strange and powerful political bedfellows. Liquor store owners from across the state are organized by the Minnesota Licensed Beverage Association (MLBA), a powerful lobbying force at the Capitol. Mom and Pop liquor shops argue Sunday sales would force them to be open seven days a week but just stretch out same revenue they’d make over six days. Each year the MLBA joins forces with the Teamsters Joint Council 32 union and liquor industry lobbyists to squash efforts to repeal the ban.

Their power has been easy to see in the last several legislative sessions. In 2012, a proposal to lift the ban on Sunday liquor sales failed on a 25-97 vote in the House. Last session saw one of the most dismal results yet for advocates: A House amendment to repeal the ban failed on the floor with a 21-106 vote. It didn’t help matters that the Legislature was also debating a 7-cent per-drink tax hike on alcohol.

“When the hard votes have been taken in the last two years, this issue has been defeated on the House floor with substantial bipartisan margins,” MLBA lobbyist Joe Bagnoli said.

But advocates are convinced the political landscape is changing. Last session marked the first time the Sunday liquor sales bill had a hearing in both chambers of the Legislature in the same year, and craft brewers supportive of Sunday sales have begun putting pressure on key legislators.

The goal is to bring some of the wide public support for Sunday sales to the Capitol. A Public Policy Polling survey in May of last year puts approval ratings for Sunday liquor sales in Minnesota at 62 percent, with bipartisan support.

“Activity is ramping up,” said Rep. Joe Atkins, DFL-Inver Grove Heights, who chairs the House Commerce Committee and regularly works on liquor legislation. Atkins hasn’t taken a stance on Sunday liquor sales. In the past he has left the proposal out of omnibus liquor bills for fear it would sink the entire proposal.

“There’s been an organized effort on the Sunday sales front,” he said. “The members of the House and Senate commerce committees have been receiving a lot of emails.”

The ban on Sunday car sales is not a hotly debated topic at the Capitol. It’s been years since anyone carried a bill to change the law, but Rep. Steve Drazkowski, R-Mazeppa, thinks any remaining blue laws will be in trouble as soon as the ban on Sunday liquor sales is gone.

“I think one can draw the conclusion that the arguments are the same for each of them,” said Drazkowski, a longtime supporter of Sunday liquor sales. “The car dealers are apprehensive about seeing Sunday liquor passed because that would leave them standing alone.”

Minnesota’s Puritan side: We still have ‘blue laws’ — but for how long?