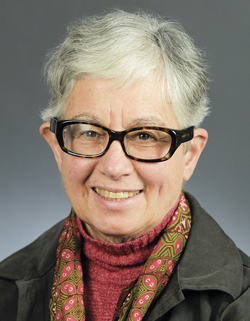 Minneapolis School Board Member Mohamud Noor will likely get a bump in support Wednesday evening in a competitive state House race against incumbent Rep. Phyllis Kahn as both campaigns vie to send their supporters to the district’s DFL endorsing convention in April.

Democratic activists will gather at the University of Minnesota to complete work that was halted when a precinct caucus meeting in the predominantly Somali Cedar-Riverside neighborhood broke out in violence two weeks ago. Noor had overwhelming support at that initial caucus, and picked up nearly every delegate at a separate caucus in another Somali neighborhood that night.

Both caucuses on Feb. 4 broke out in violence. While activists in the Seward neighborhood were able to finish their work, the caucus at the Brian Coyle Community Center in the Cedar-Riverside neighborhood ended abruptly after a brawl broke out and police shut down the event. One activist was later sent to the hospital and was treated for a concussion.

“The people of this precinct deserve to have their voices heard in a process free of intimidation, threats, and physical violence,” Kahn and Noor said in a joint statement shortly after the caucus dispute. “While we may disagree on who is best fit to serve this district in the Legislature, one thing we do agree upon is that these acts of violence have no place in our party.”

Each candidate has been making their pitch to potential delegates as to why they would be the best representative for the House district, which includes parts of the Cedar-Riverside, Seward and Prospect Park neighborhoods and the University of Minnesota campus.

Kahn says she’s done a good job representing the Somali community in the House, pointing to her work to push the reconditioning of the Brian Coyle Community Center and support for the Human Rights Commission, inner-city parks and urban gardening for the immigrant community. 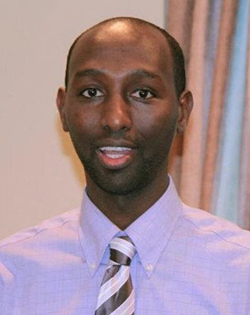 She also noted her 42-year seniority in the lower chamber and work on statewide issues. Kahn currently chairs the House Legacy Committee, which works to divvy up dedicated sales tax dollars to arts and conservation projects. “I would do a better job for my community, for my district and for the state,” Kahn said.

Kahn criticized Noor for leaving the Minneapolis School Board to run against her shortly after being appointed by the board. Noor joined the board after the death of Hussein Samatar, winning that position over Ubah Jama, Samatar’s widow. Kahn said if Noor’s main issue is education, he could have much more influence on the board than as a freshman member of the Legislature.

Noor said the school board was aware he would be competing in the legislative race. “My focus has always been going to the Legislature so that I can serve this district,” Noor said. “They knew about it a long time ago. It wasn’t something that was created yesterday.”

He said the demographics and character of the district have changed a lot since Kahn was first elected in 1972. In the Legislature, Noor said, he would work to tackle the “opportunity” and education gaps, as well as promote graduate-school grants and take on the issue of rising tuition costs.

He said he would also address growing safety concerns for both students and residents in the district. “I think there’s an opportunity here to discuss what are the priorities of the district,” Noor said. “I think I can bring that leadership.”

A fight for delegates

At the heart of the event is who will get the lion’s share of 43 remaining delegates and alternates that will be sent to the DFL endorsing convention this spring. The other precinct caucuses in the House race were able to complete their work.

Turnout was low in several precincts near the university that tend to break strongly in Kahn’s favor, she noted, while the two precincts in Somali neighborhoods saw more attendees than could become delegates.

It’s almost certain that neither campaign has reached the 60-percent delegate support required to lock the endorsement, but both camps could likely block the nod if the battle draws out.

“I think that we’re confident that we’re over the 40 percent threshold and are closer to 50 percent,” Noor spokesman Ben Fribley said in an interview. Kahn also said she felt confident she has enough support going into the convention. She plans to abide by the DFL endorsement.

Noor wouldn’t commit to abiding by the endorsement, should one occur. “It’s too early for me to say that,” Noor said. “One step at a time.”

The DFL Party, with agreement from both campaigns, opted to move the caucus to the university’s Coffman Memorial Union to handle what’s anticipated to be a large crowd. About 300 people attended the initial caucus at the Brian Coyle Community Center. Bus transport will be provided for people wishing to attend from the center, and Noor has arranged some transportation for his supporters.

DFL officials will also enforce rules that require people attending precinct caucuses to prove their residency by providing a government-issued identification or a utility bill. Vouching will not be allowed.

Usually enforcing the rules isn’t needed at a community meeting like precinct caucuses, but there was at least one challenge of a caucus-goer’s residency at the first event. There will be no unauthorized access to the caucus floor, and neither side can carry signs or hand out campaign flyers.

The caucus will also be chaired by four people from outside of the district, including DFL Party Chairman Ken Martin, former Minneapolis Mayor R.T. Rybak and former St. Paul City Councilman Melvin Carter. One of the central arguments in the previous caucus was over who would chair the caucus.

“Any attempts to influence this process with threats, intimidation coercion or physical violence is prohibited,” the official rules for the event say, and anyone who breaks those rules could be “banned from official DFL Party activities” or face criminal prosecution.