Pick your term: political debacle, circus or slapstick. Whatever your choice, it could be applied to last Sunday’s DFL Hennepin County convention.

Earnest citizens — willing to give up a lovely day to endorse a candidate for Hennepin County board seat vacated by Gail Dorfman — found chaos at Minneapolis’s Ramsey Middle School.

Despite two months of lead time, convention organizers apparently had little clue as to who had delegate credentials for the convention’s District 3 portion.

Roughly four hours after the convention was supposed to begin, the four candidates seeking endorsement suggested the best solution was to send everyone home.

“It certainly isn’t a way we should do civic engagement,” said commissioner hopeful Anne Mavity.

No endorsement vote was ever taken. What this means is that a way-under-the-radar race will stay that way.

District 3 includes roughly 100,000 voters in St. Louis Park and the western half of Minneapolis. In all likelihood, given a field of four strong candidates, there would have been no endorsement.

“But it was a key opportunity lost to show your relative strength,’’ said Mavity.

Oh, what an organizational mess it was. Despite delegates selected at Feb. 4 precinct caucuses, there was no complete list of credentialed delegates and alternates two months later. There weren’t even cards on hand to create badges for delegates.

On the other hand, at least some of the candidates showed up with big plans to conduct convention floor operations. Some candidates had “war rooms’’ with food, walkie talkies for communications, and computers to tally which delegates were voting for whom.  They even had t-shirts for supporters.

Though Kelash was disappointed by the lack of convention organization, he was amused by what he viewed as overkill by some of his opponents.

“A guy came up to me and said ‘We don’t have you wired for a computer,’” Kelash noted with a laugh. “I said, ‘I don’t have a computer.’ He said, ‘How are you going to get instant results?’ I said, ‘Look, there are about 120 delegates here. I don’t think we really need a computer.’”

Given that the only county-wide race last Sunday was county attorney, and Mike Freeman was the only candidate, Freeman’s endorsement created no credentials issues.

The smaller, but more important commissioner endorsement provided something to make just about everyone angry.

Some of the anger was aimed at Sharon Sund, Hennepin County DFL chair and a potential Rep. Erik Paulsen opponent in November.  Sund intended to stay on as chairwoman, but ultimately stepped aside when Becky Boland, a party activist, was nominated from the floor to run against her.

That Boland was not in attendance at the convention, and that Sund was taking the hit for the organizational mess, offended some delegates. 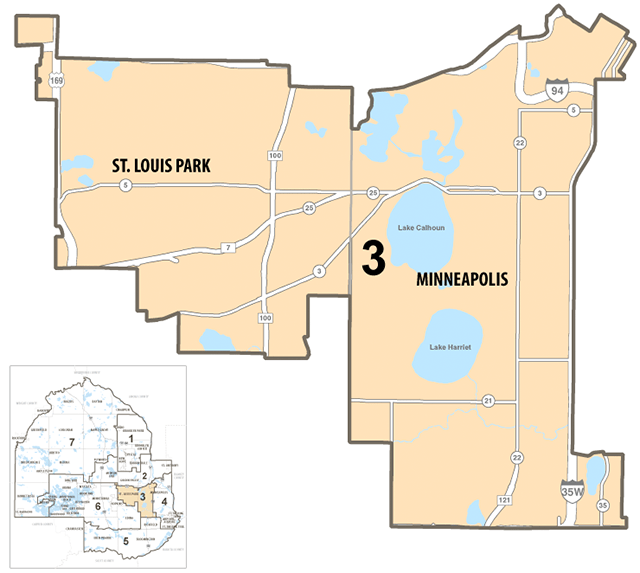 Sund sent an e-mail to those who had sought endorsement on Tuesday.

“… As the former chair of the Hennepin County DFL, I take responsibility that despite our best efforts to bring it back together we were unsuccessful. Unfortunately, in the lead-up to the convention, our DFLHS Credentials Committee had a complete collapse and did not communicate the issues in time to remedy the problems.’’

Rick Stafford, longtime party activist and former state DFL chair nominated Boland, which made him less than popular with some of the delegates.

Still, Stafford describes the convention as “the biggest mess’’ he’s seen in 40 years of attending conventions at all levels of party politics.

He’s the first to admit that the blame shouldn’t fall squarely on Sund’s shoulders.

“It’s getting harder than ever to find people who will take on leadership positions,’’ said Stafford of the volunteer party structure. Those, like Sund, who volunteer often, find it almost impossible to find help when they seek it.

Still, a Hennepin County commissionership is one of the least noticed but most powerful position in Minnesota government. The seven commissioners allocate a $1.8 billion budget, second only to the state’s. They deal with issues ranging from jails to hospitals and virtually everything in between.

That the media and public barely notice commissioner elections is always surprising. That a vote to endorse could not be held because of poor organization is astounding.

“These (delegates) are regular folks who came to the convention for all the right reasons,’’ said Mavity.

A lot of those people left the convention vowing never to return, though the process will be repeated soon. This race is to fill only to fill the remaining months of Dorfman’s unexpired term. Whoever wins the race in May will be back on the ballot again in November.

Before that race, there will be an endorsing convention.