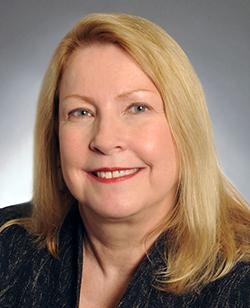 Once legislation passes, few care who sponsored the bill. But for legislators who pushed against years of inertia, taking the bill over the finish line is a small, but important personal reward.

The honor can become a subtle tool for enforcing caucus discipline — as Brooklyn Center DFL Sen. Chris Eaton says she found out when she lost chief authorship of the recent minimum-wage bill. She sat down with MinnPost last week to talk about how the sausage was made.

As the Senate bill’s chief author, Eaton says she was in the middle of the contentious negotiations for more than a year between House and Senate Democrats. A metro-area legislator, Eaton often found herself stuck between her own desire to see a dramatic wage increase — the House position — and her mostly rural Senate caucus’s concerns.

“I was having a really hard time moving the Senate. I was kind of negotiating against myself because I agreed with the House version but I didn’t have the votes in the Senate until the end, when [Senate Majority Leader Tom] Bakk got behind it and started working votes,” Eaton said.

The final Senate floor vote proved bittersweet for Eaton. While the deal raised state’s wage from $6.15 per hour to $9.50 by 2016 and indexed it to inflation — Eaton’s priorities — Assistant Senate Majority Leader Jeff Hayden of Minneapolis presented the minimum wage bill to the chamber.

Eaton said she felt “a little” disappointment in leadership’s move to give the minimum wage bill to someone else. “I’d put a lot of work into it, so to lose the chief authorship seems kind of petty,” she said.

Bakk explains that legislative rules required a new “vehicle,” or bill, because the final deal included provisions not heard in committee.

“The final deal … was an agreement between myself and the speaker — and that is not unusual for very-high-profile bills, ultimately being negotiated out between the two leaders,” Bakk says.

Hayden had become the good soldier for the Senate Democrats on minimum wage this session, representing their concerns in negotiations about everything from small-employer and training wages to indexing the wage to inflation.

Still, Eaton believes she was also pushed off the bill because she didn’t see eye-to-eye with Senate DFL leadership and the caucus on the issue.

Asked if Eaton’s bill position had anything to do with her being left off, Bakk replied, “We don’t talk about what happens in the caucus outside of that door. I don’t and members shouldn’t. We had several closed caucuses on the minimum wage issue and when we have a closed caucus we don’t discuss that with anybody.”

He added, “She never asked to be the author of the Hayden bill. Had she asked, I would have probably considered it. I would have went to Senator Hayden and asked him what he thought, but she never made that request.”

A big part of the reason Eaton wanted to carry the minimum wage bill in the first place was to help women, she said, who make up about 60 percent of hourly minimum wage workers in the state. “It’s largely an agreement that will benefit women in the state, so it’s fitting that the women legislators here are largely responsible for its content,” Eaton said the day the wage deal was announced.

“It was a tough spot — especially since a lot of people who disagreed with my positions and were pretty stuck in were people from greater Minnesota, some of them [Iron] Rangers, who run the Senate, and some from the southern part of the state,” Eaton said. “I understand their perspective, and I understand the border issues, but if you look at the economies in all the states around us, everything we are doing is apparently right, because we are outmatching them in every way you look at it.”

Eaton said she’s mostly happy with the bill’s final provisions, but she noted she would have also liked to see the workweek defined as just 40 hours instead of 48.

Increasing the wage is only the start of things Eaton wants to do to close economic disparities in the state: “Once it gets up to $9.50 it will only be three quarters of the federal poverty level. It’s not like we are making anybody rich here.”

“The outcome was the important piece,” Eaton added. “Rep. [Ryan] Winkler and I said from the beginning, ‘If we have to get up there and give someone else total credit for it, we don’t care, we just want the outcome.’”