The scenario is familiar: a U.S. mission in a remote part of the world is surprised by hostile forces who regard this country as an alien and invading culture. Outnumbered Americans fight back bravely, but take heavy casualties in a mortifying disaster. There is clamor in Congress for investigation and fixing of blame.

The year is not 2012 but 1792 and the locale not Libya but Ohio. A force of 1,500 soldiers, a large fraction of the entire U.S. Army of the time, under the command of a Revolutionary War hero, Gen. Arthur St. Clair, is slaughtered in the frontier wilderness along the Wabash River by Miami Indians. This greatest Indian victory in our history — larger than Custer’s annihilation in 1876 — propels Congress to pass a resolution for a select committee to investigate the actions of President George Washington’s administration in dispatching the expedition.

In the 18th century, Parliament was engaged in a fierce power struggle with the British Crown, the executive authority. In 1742, the great parliamentary leader William Pitt had asserted the right of Parliament, as the “Grand Inquest of the Nation,” to “inquire into every Step of publick management, either Abroad or at Home, in order to see that nothing has been done amiss.”

The confrontation had come to a head as the House of Commons, flexing its growing authority, launched an investigation into the conduct of Britain’s first prime minister, Sir Robert Walpole. Washington’s cabinet reviewed the Walpole proceedings, and concluded that Congress does indeed have the power to review executive-branch conduct, by what are now called “oversight hearings,” but within the limits set by the constitutional separation of powers.

Multiple congressional investigations into the Ohio calamity revealed unheeded warnings, inadequate intelligence and serious shortcomings in the preparation and equipping of the expedition, even as Gen. St. Clair’s own battlefield conduct was vindicated. In the end, growing partisan polarization between the Federalists and anti-Federalists produced a stalemate in Congress in which little concrete action on the committee’s findings was taken.

Oversight hearings, from St. Clair’s time to today, furnish a rare public display of the frictions generated by our constitutional division of powers.  (In Britain, legislative dominance eventually led to the absolute supremacy of the House of Commons. Today, British government ministries are creatures of the parliamentary majority and open legislative-executive conflict is unknown.) From time to time, congressional hearings and those who figure in them take on a life of their own, as was the case with Sen. Joseph McCarthy, in the Army-McCarthy hearings of the 1950s, and with Sen. Sam Ervin, in the Watergate hearings of the 1970s, which led to the resignation of President Richard Nixon. 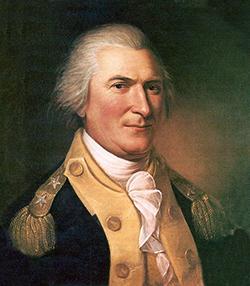 The McCarthy hearings in particular were an epic clash between multiple executive agencies, including the military, on the one hand and Congress on the other. McCarthy skillfully exploited the new medium of television to launch an unprecedented frontal attack on the separation of powers. His principal method was to bully and humiliate military and civilian officials and private citizens alike before the cameras. He exhorted junior members of the executive branch to put aside their loyalty to the president and render allegiance to him by producing confidential documents in the teeth of an executive order prohibiting disclosure.

Unlikely as McCarthyite abuses are to be repeated, 1950s-era loyalty investigations do have points in common with oversight hearings today.   Now, as then, a favorite field of congressional inquiry is foreign affairs.  Grandstanding politicians are often tempted to oversimplify or distort complicated issues in turbulent and unfamiliar areas of the world.

Four criteria applied by the constitutional scholar Telford Taylor (in his “Grand Inquest,” published in 1954) to evaluate the 1950s loyalty committees might, with but slight modification, be applied to measure the upcoming work of the House Select Committee on Benghazi. Is the evidence the committee accumulates anything new? Is the committee concerned chiefly with past or with current dangers? Does it dispassionately assess any actual ongoing danger? Does it illuminate, or does it, in Taylor’s words, “blunt and befog” both official and public ability to distinguish between mere controversy and real danger. 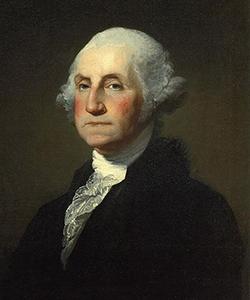 One could add a fifth criterion: redundant recommendations. Does the investigating committee propose any reforms beyond those already advanced by Senate and House committee investigations of Benghazi since 2012, as well as by reports of the Congressional Research Service and administrative reviews by the State Department itself?

Experience has confirmed what the 1792 St. Clair investigation first revealed: that oversight hearings in a politically charged atmosphere often produce useful information but flawed judgment — that they are, as Taylor observed, “more suitable for the informing function than for the judicial function.”And the collateral damage they cause to agency morale and operation, as well as to individuals, can be considerable. The loyalty probes of the 1950s severely diminished the State Department’s expertise on China, as a generation of “old China hands” was purged over accusations that it “lost China” to the communists.

As for Gen. St. Clair, the congressional hearings destroyed his reputation; his outstanding service to the Revolution was forgotten, and he died obscure and impoverished.

Jonathan Scoll is a retired lawyer living in Edina.

As Congress probes Benghazi, a backward look at the first investigation of presidential conduct