There were a lot of red flags that Michael Schuler was not OK sitting in his solitary cell in the Hennepin County jail. Schuler would talk to himself for hours, sometimes screaming gibberish. He refused medication for his well-documented psychosis and began defecating on himself in his cell. At one point he asked for medication but was denied because of behavioral issues. In May of 2012, he stabbed himself with a pencil in both of his eyes. 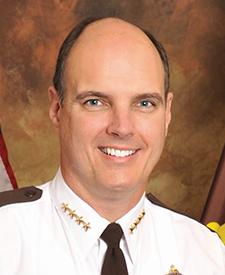 Last October he settled a lawsuit with Hennepin County for $1 million, accusing the jail of negligent treatment of his mental illness while he was held there for more than a month. Schuler now lives in a halfway house and receives his medication regularly, but he is partially blind in one eye.

Schuler’s case, while extreme, is an example of the costly dangers of locking people with mental illness in jail that state policymakers want to avoid in the future.

It’s a huge problem in the state’s largest jail in Hennepin County, where Sheriff Rich Stanek estimates between 25 to 30 percent of prisoners suffer from diagnosed and undiagnosed mental illness. As state budgets have shrunk, resources have been squeezed for mental-health treatment and beds in communities. The state’s jails have become the de facto storehouses for people with mental illness, who pose dangers to not only themselves, but also jail staffers and other inmates.

This summer and fall, lawmakers and mental health advocates will look at how other states handle the tricky issue of getting those suffering from mental illness out of the state’s criminal justice system. As part of legislation passed during the 2014 session, a working group will visit a so-called mental health hub in Orange County, Florida, that has been operating for more than a decade. Some estimate it has saved tens of millions of taxpayer dollars and moves people with mental illness into treatment in as little as 24 hours time.

The working group, which will have introductory meeting today, plans to craft a set of recommendations to deliver to the Legislature next session. That will include a Minnesota-specific version of a mental health hub.

“What we know is a facility like the one they have in Orange County is great for serving Orange County, but this is really a statewide problem that affects everyone,” Hennepin County Judge Jay Quam, who previously presided over civil commitment court, said. “No one has addressed this on a statewide level.”

Progress, but not enough

The way the system currently works in Minnesota, people with mental illness are often arrested and left in their jail cell until they show signs that they might not be competent to stand trial. The offender is then referred to a psychiatrist who determines their level of competency. Those found incompetent are kicked over to the mental health court, where a judge makes the call if someone should be civilly committed into one of the state’s mental-health treatment facilities. About a third of those found incompetent actually get committed to a facility, Quam said, the rest go free even though they can’t stand for trial.

By the time this process is completed, weeks or sometimes months go by, and a person suffering from mental illness can see their condition deteriorate without the proper treatment.

“We would wait another two months in some cases for someone to be transferred, at this point this person is not guilty of anything. The judge has determined that they are not competent to stand trial,” Stanek said. “Not only are they not getting the treatment they need — that’s someone’s constitutional rights.”

This year, legislators passed a law that will cut back on clunky and redundant psychiatric evaluations given to offenders in an effort trim the time people with mental illness wait to be moved out of jail. The law goes into effect Aug. 1. Two years ago lawmakers also passed a law that any jail inmate committed to a psychiatric facility must be transferred within 48 hours of the commitment ruling.

The efforts to improve the system are encouraging, Stanek said, but the overburdened courts often aren’t able to actually hold commitment hearings on a timely basis. In many cases, people with mental illness are stuck in jail anyway.

Since the 48-hour rule was instituted, the Regional Treatment Center in Anoka has also seen its mental health beds fill up. Between July 2013 and May 2014, 48 patients were admitted to the facility from jails under the 48-hour requirement, according to the Department of Human Services. Nearly all of the facility’s 110-staffed beds are currently filled.

More people with mental illness in prison than hospitals

People suffering from mental illness started landing in jail cells after the push between 1955 and 1980 to deinstitutionalize state hospitals. While lawmakers’ intentions were to cut the swelling populations at these facilities, the community-based treatment promised in lieu of institutionalization often didn’t materialize. At the same time, state dollars were drying up for beds for patients with mental illness. Minnesota has the lowest number beds for the patients with mental illness per capita in the nation — roughly four per 100,000.

“We were promised by the federal and state governments that we would have community services,” state Sen. Barb Goodwin, a DFLer from Columbia Heights who has taken the lead on the issue. She was a nurse while hospitals went through deinstitutionalization. “The feds never put money up.” 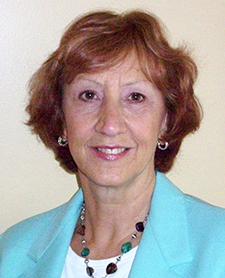 The largest public institution for individuals with mental illness in Minnesota is the Security Hospital at St. Peter, but its roughly 400 beds are saved for the most severe cases. For those who simply need a short stay and medication to stabilize their condition, there are few options. Many end up on the street or in the state’s jails.

According to an April report from nonprofit Treatment Advocacy Center (TAC), roughly 356,268 inmates with severe mental illnesses sat in U.S. prisons and jails in 2012, while only 35,000 people with the same issues were in state psychiatric hospitals.

Inmates with mental illness are more likely than other prisoners to commit suicide. Since 2000, 35 inmates in Minnesota’s county jails and 27 inmates in the state prisons have killed themselves, many known to have had serious mental illnesses, according to the report.

They are also often invovled in incidents with others. In December of 2011, an inmate with mental illness who was born HIV-positive complained that he didn’t receive a spoon with his lunch tray. Sgt.Brad Berntson, a deputy at the Hennepin County jail, began to search for the spoon, but the inmate struggled and bit Berntson on his leg.

The bite broke the skin, and while Berntson took medications to avoid becoming infected with HIV, he died several weeks later from complications. Quam strongly believes he’d still be alive if the inmate had not bitten him.

Enter Florida. There are no beds at the Central Receiving Center (CRC) in Orange County — the facility operates more like traffic control center to navigate the state’s complex mental health system.

The CRC first opened in 2003 after several people with mental-health issues died in the county jail, including an inmate who was going through withdrawals from methamphetamine. People with mental illness were also filling up the state’s hospital beds, which was often the closest place for law enforcement to bring someone arrested and showing signs of mental health issues.

Committees were set up to tackle the issue, and the key recommendation out of 250 suggestions was the creation of a central, singular receiving point — or a hub — for people with mental illness in Orange County.

“What we did with the CRC was allow law enforcement to bring people to one point of access. One central point and no other,” said Donna Wyche, manager at the CRC and one of the people who helped start the program. “What used to take law enforcement officers two to four hours to drop them off now took them seven minutes.”

Once an individual arrives, the CRC goes to work evaluating them and finding the appropriate facility and bed for treatment within the state’s human-services system. Wyche estimates people spend about 10 hours on average in the CRC before getting placed with the right facility, and no one waits more than 24 hours. The CRC also became a single point for data collection on people with mental illness in the county. They were able to target so-called “frequent flyers” in the system and focus targeted care on repeat users.

Quam, in testimony to Congress in April, called the facility the “best-established” mental health hub in the nation. The CRC costs about $2 million in county taxpayer funds to run each year. Among stats he presented to lawmakers:

Not everyone is keen on going the Florida route to deal with Minnesota’s issues in treating people with mental illness. Stanek notes that a program like this would be resource intensive, and there would need to be many more beds for people with mental illness to occupy if a hub like Florida’s would be kicking them out into the system within 24 hours.

“To do the Florida model will require more state and community mental health beds, which the state lacks. The state’s policymakers are going to have to offer some incentives to local governments,” Stanek said. “I do not run a medical facility. People want to do something but no one wants to own it. The county boards don’t want to own it, the state department doesn’t want to own it.” 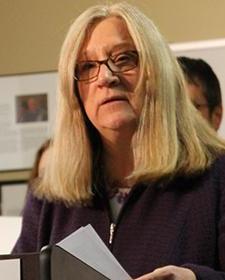 Sue Abderholden, executive director of the National Alliance on Mental Illness (NAMI) in Minnesota, said places like Florida aren’t necessarily known for their community-based mental health services. She thinks a solution has to be specific to Minnesota; some of the infrastructure already in place favors a community-based treatment program in things like crisis homes.

“If someone is coming in thinking they already know the answer to this working group, they’re not thinking about the whole picture,” she said. “This has to be deeper than just looking at a facility in another state.”

For Quam’s part, he’s aware that the solution — whatever it ultimately looks like — will have to focus on Minnesota’s specific needs. It will also have to be much larger than the program in Orange County.

“We are clearly as bad as our weakest link. People have to have a place to go. If there are not places to go then the mental health hub can only do so much,” he said. “We really want to work toward a comprehensive solution to the problem.”

Minnesota’s jails turn into storehouses for people with mental illness