Could a higher minimum wage be coming to Minneapolis?

On the same day he attended a rally at a Northeast Minneapolis McDonald’s to support higher pay for fast food workers, Minneapolis City Councilmember Jacob Frey said he is looking into such a proposal. 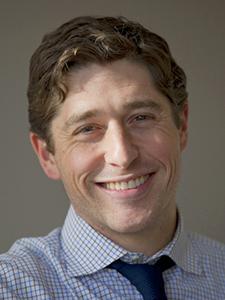 The Minneapolis rally was one of 150 planned nationwide designed to draw attention to the financial stress placed on fast food workers. Frey said he took part because he considers low pay a major issue.

“In the last 20 years we’ve seen the gap between rich and poor grow to an extreme extent,” Frey said. “And over the last 50 years, the wage hasn’t increased anywhere near the rate of inflation. People can work in excess of a full-time job and not be even remotely close to making enough to survive.”

Frey said he has asked city attorneys to research whether a city can adopt a minimum wage higher than the state mandates. Frey, who worked as an attorney before winning election to the council last year, said he doesn’t think cities in Minnesota are expressly preempted from acting, but wants to make sure such a proposal isn’t prohibited under state law.

Should Minneapolis act, it would come just months after an increase in the state minimum wage took it from $6.15 per hour to $8. Two annual increases will take the wage to $9.50 by 2016, and in 2018, the rate will be indexed to inflation.

Frey was quick to compliment the advocates and lawmakers who passed those increases in the capitol, calling it a “heavy lift.” But he thinks wages must be higher, and is willing to sponsor an ordinance to require a higher wage floor within the city.

The move would follow similar efforts in other cities. In June, Seattle voted to gradually raise its minimum wage to $15 an hour, an increase that will be phased in over three-to-seven years (based on the number of workers at a business and credits for tips and health benefits).

Seattle City Councilmember Sally Clark said Frey is wise to start with a legal analysis. “You have to know whether you can deliver or not,” Clark advised. “If you are trying to lead a movement and you can’t deliver, you’ve raised expectations of lower-wage workers and you’ve burned political capital.”

Clark said the movement for a $15 wage in Seattle began not in city hall but among activists, some of whom came out of the Occupy movement and the Socialist Alternative. Later, the movement had the financial and organizational support of the Service Employees International Union, which represented wage-hike activists on a final deal and is a backer of Thursday’s rallies across the nation. “People are so frustrated with the lack of action on the state and federal levels and they’re willing to go to the streets with that,” she said.

Minneapolis has not witnessed the same size or intensity of rallies and marches seen in other parts of the country — Thursday’s “Fight for $15” push by some fast-food workers among the first in the area. But Frey said he thinks it is an issue that will have support, that residents are looking to local governments to accomplish what gridlock prevents the federal government and even state governments from doing. “It’s why it is so exciting right now to be working in local government,” Frey said.

Update: Council Member Alondra Cano has put together a working group of council members, city staff and representatives of the mayors office to look at the issue. First, she wants to update the city’s existing living wage ordinance which applies to businesses doing work for the city.

And while she said raising the minimum wage for all workers in the city is “morally the right thing to do and it is the right time to do it,” the issue raises complications that she wants to investigate. Cano says she doesn’t want to inadvertently create incentives for businesses to move out of the city — and she is concerned how a higher wage might hurt small and immigrant-owned businesses.
Cano said she thinks the city has legal “wiggle room” to act, though she thinks the discussion and investigation could take between six and nine months.