Those objecting to the use of the term “Redskins” by the Washington, D.C. NFL team wanted the city of Minneapolis to file a lawsuit to block any use of what many consider to be the team’s racist nickname and symbols when it visits TCF Bank Stadium next month to play the Minnesota Vikings.

What they got: a strongly worded statement.

City Attorney Susan Segal, responding to a request from city council members to explore the city’s legal options on the issue, said Wednesday she thinks the city lacks standing to file a suit, though she admitted the idea was “uncharted territory.”

While the offensive term and symbols could violate the Minneapolis civil rights ordinance and federal civil rights laws, she said, state courts have ruled the city code doesn’t cover the University of Minnesota, where the stadium is located.

Segal said that a suit by the city would also run afoul of federal court rulings that nearly always look unkindly at prior restraint of speech, which is protected by the First Amendment.

“We would like nothing better than to be able to file a lawsuit and help provoke a long-overdue change in the name of this team,” Segal told the council’s Public Safety, Civil Rights and Emergency Management Committee Wednesday. “Unfortunately, I think we have come to the conclusion that the city itself does not have a cause of action against the team that is likely to be successful.”

Segal agreed with those who say the team’s name it is not only derogatory and offensive but harmful to Native Americans, especially children. She said the NFL is an outlier in defending the use of such nicknames, and that both public and legal pressure on the team is having some effect, specifically citing the decision earlier this year by the U.S. Patent and Trademark to deny trademark protection to the name and logos.

But Segal said she does not believe the city has legal standing to take the University of Minnesota or others to court to force it to block the use of the team’s name and logos in the stadium.

The city, she added, might be “about the worst plaintiff you can have to try to win expansion of the law in this area.” That’s because the city would have to seek an injunction before speech has occurred, triggering longstanding bans on prior restraint of speech by government. (In her slide presentation, Segal referred to the team’s name as “R*dskin.”)

After the committee meeting, two Minneapolis council members issued a statement condemning the use of the nickname and logos. “We agree that the continued use of a racial slur as the name of the Washington, D.C. football team is reprehensible and injurious to Indigenous People — especially children — and we agree the name should be changed immediately,” wrote Blong Yang and Cam Gordon. While the city does not have legal jurisdiction to enforce a ban on the use of the name and symbols, the pair said they will continue to speak out against them. “Racial slurs are not welcome in Minneapolis and do not meet our community standards.” 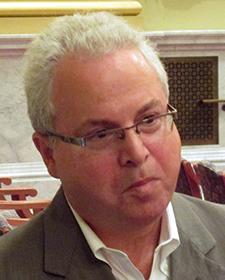 Alan Yelsey, a member of the National Coalition Against Racism in Sports and Media, which had urged the city to take legal action, disagreed with Segal’s rationale for not doing so. “They are absolutely wrong and they are purposefully wrong,” Yelsey said. “The Civil Rights Act of 1964 defines what a public accommodation is and it includes a stadium, both public and private.”

He said that law allows injunctions to prevent discrimination in such facilities. “The challenge is for the city to want to do that,” Yelsey said. “If you believe the term ‘Redskins’ is discriminatory, you have all of the legal authority to prohibit it or to sue for damages.”

David Glass, president of the Minneapolis-based NCARSM, said he thinks the city would have acted had the nickname in question offended Hispanics or Jews or Blacks or Asians. “If they used any of those words, they’d have standing. They’d find standing,” Glass said. “I’m disappointed the mayor didn’t step in and give clear direction to the city’s legal officer.”

The coalition is one of the sponsors of a protest rally at the stadium Nov. 2 as well as a series of forums on racism in sports and the impacts of derogatory nicknames and imagery.