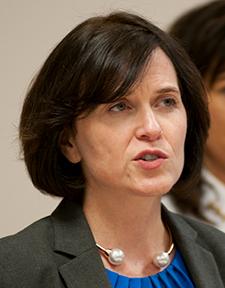 When KSTP aired its “exclusive” that Mayor Betsy Hodges was photographed with a young black man flashing what were described as “known gang signs” (but appeared to most everybody else as just two people awkwardly pointing at each other), Twitter exploded with shock, outrage, and no small amount of ridicule.

Pointergate — or to use the Twitter hashtag that united the conversation, #pointergate — was born.

Beyond the jokes, though — which would eventually include photos of finger-pointing celebrities, political figures, cartoon character, national icons, and paintings— the story also quickly became a way of talking about a lot of other things that aren’t always easy to discuss: racism, equity, policing, the stereotyping of black men in American cities, weak journalism.

But two things seemed to have been overlooked in the wake of Pointergate and the discussions that followed. The first is that Pointergate isn’t what brought a conflict between Minneapolis Mayor Betsy Hodges and the Police Department’s union to the surface. That had happened nearly a month ago, when police union president John Delmonico blasted Hodges in an op-ed published in the Star Tribune in which he said the mayor’s comments about the need to change police culture in the city were “slaps in the face of every member” of the department.

The other thing Pointergate revealed is how difficult topics are discussed in Minneapolis — or not discussed. Much of the conversation, at least the kind of conversation that the public can listen to or take part in, has been conducted indirectly, through passive “open letters” published with the hopes of reaching the targeted audience.

The first of these missives came in late September, in the wake of a decision by Police Chief Janeé Harteau to cancel her appearance at a community listening session. Signed by 320 community members, the “Open Letter to Mayor Betsy Hodges” was first published in the Star Tribune blog of University of St. Thomas law professor Nekima Levy-Pounds.

“We write today to request that your office take seriously the concerns that are being raised by community members throughout Minneapolis and the greater Twin Cities Metro area about the abusive police practices of the Minneapolis Police Department that have been occurring for years,” the letter began.

Hodges’ response: to write her own open letter, this one “to the communities of Minneapolis.” And rather than have it be published in the media or releasing it through city channels, Hodges posted it on her personal webpage. 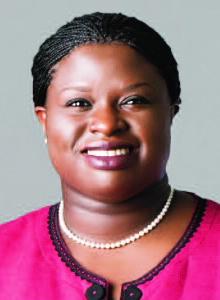 Hodges’ letter didn’t break any new ground, but it did offer an all-in-one recitation of themes the mayor had campaigned on last year and has reiterated since taking office.

As part of the letter, Hodges stated that though the Minneapolis Police Department is made up of many officers who serve nobly and professionally, a few act in ways that “disrupts community trust for all officers.”

Hodges and Harteau would go on to hold three different listening sessions throughout the city, which presumably allowed those who disagreed with the mayor to approach register their concerns, publicly or privately.

The other option: They could further the conversation without actually conversing. They could write their own open letter.

Delmonico’s letter was more than just a defense of the MPD’s rank and file, though. It was a point-by-point rejection of Hodges’ rationale and plans for taking steps to address the issues raised in, yes, that first open letter.

“Your words and actions do not support your purported goal of improving the relationship between police and communities. … Accepting and spreading misperceptions about your Police Department fuels the flames — it does not extinguish them,” Delmonico wrote — words that would be echoed in the statements he made to KSTP in the story that spawned Pointergate.

If Pointergate is a product of a passive-aggressive means of talking about important issues, there is a certain elegant circularity to it. Delmonico’s condemnation of Hodges’ police reform agenda helps shore up her standing with the community members who started the whole thing by questioning the mayor’s commitment to reforming the police. 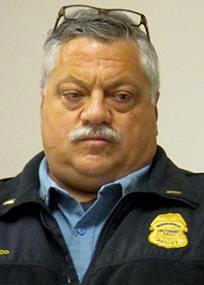 The day after the KSTP aired its original report — a story in which Delmonico actually questioned whether the mayor stood with the gangs rather than the cops — Hodges and Harteau held a previously scheduled press conference to mark the rollout of the police body camera pilot program.

Delmonico was there, which maybe wasn’t a surprise. The union has great interest in the issue, and helped draft the city’s policies governing their use. Before the press conference began, however, Hodges motioned for Delmonico to come to the front, to stand next to her, the chief and other city leaders who made the body camera program happen. Delmonico didn’t speak, and no words appeared to be exchanged between the now side-by-side combatants.

Not surprisingly, Pointergate was not mentioned by the chief or the mayor at the event. But then, neither the mayor nor the chief (nor Delmonico) were asked about it. When the news conference ended, Hodges and Harteau left through a door leading to the chief’s office, ignoring belated shouts for comment about the previous evening’s story. Delmonico stayed behind and left with reporters, some of whom expressed disappointment that they had fumbled their chance to get Hodges on camera talking about — or refusing to talk about — something other than body cams.

Perhaps they could compose an open letter about it.