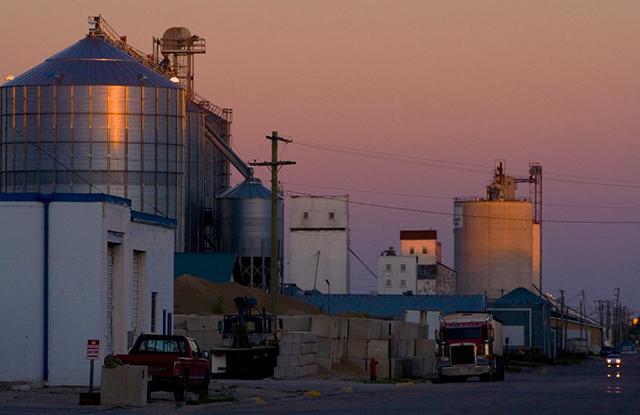 Creative Commons/Nic McPhee
Republican House Speaker Kurt Daudt: “I have a feeling with the election results of the last election, everyone’s going to have a focus on Greater Minnesota.”

In state politics, there’s nothing new about tensions between rural Minnesota and the Twin Cities metropolitan area. Hard feelings between the two geographic regions have been simmering for decades, especially as demographic trends reveal the contrasts between a growing and diversifying Twin Cities and declining populations in many of Minnesota’s rural counties.

But there’s been a renewed emphasis on those divides, mixed with a fresh political dynamic: Republicans reclaimed control of the state House last fall by grabbing 10 out of 11 seats from Democrats in Greater Minnesota districts. With a $1 billion budget surplus in play, Republicans now want to shift the focus of funding and policy work to areas outside of the Twin Cities, which they say were forgotten or ignored by the DFL majorities over the last two years.

“I have a feeling with the election results of the last election, everyone’s going to have a focus on Greater Minnesota,” Republican House Speaker Kurt Daudt said on one of the first days of session. “We felt like the last two years, Greater Minnesota really got left behind. I don’t want Minneapolis and Saint Paul or the suburbs to feel like they’re left behind, but we do need to understand that the dynamics of the metro area and Greater Minnesota are different.”

Not surprisingly, House Democrats take offense with that characterization. “There was huge investment in Greater Minnesota … in the bonding bill, in the tax bill, in economic development projects and local government aid,” longtime St. Paul DFL Rep. Alice Hausman said. “Clearly we didn’t do a good job talking about it [on the campaign trail], but we believe that we all do better when we all do better.” 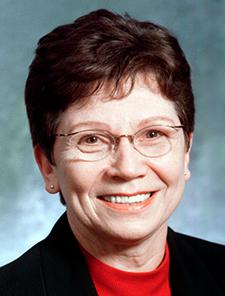 That sentiment is why many of the issues pitched so far this session to support Greater Minnesota have been warmly received by all, from more money for senior care and outstate schools to railroad safety. Senate majority Democrats, led by Tom Bakk, who hails from rural Cook, have also introduced a Greater-Minnesota-heavy list of priorities.

But other topics are already causing rifts: trains vs. roads and bridges; mining vs. environmental concerns, just to name a couple. And there are other topics that haven’t surfaced yet but routinely lead to a rural-metro competition, including the bonding debate and divvying up money for projects from the Legacy Amendment. House Democrats are closely watching the movements of the new majority party, and have already been quick to criticize actions they saw as creating a regional war.

“If you disinvest in the metro area, that is like cutting off your nose to spite your face,” Hausman added. “We are the economic engine of the state.”

Here are the areas where a focus on Greater Minnesota is already cropping up in this year’s legislative session:

Economic development
The biggest problem staring lawmakers in the face is the lagging economic recovery in the far-flung regions of the state. A new House Republican committee is dedicated to try and tackle a shortage of skilled workers in Greater Minnesota. Senate Democrats want to focus on workforce development by offering companies grants from the Department of Employment and Economic Development (DEED) to offer high school students apprenticeships. DFL Gov. Mark Dayton has suggested spending $30 million to improve high-speed Internet in rural areas to give a boost to companies, and put the money in his proposed budget proposal for that purpose.

Education
2015 has quickly turned into an education session, with all sides creating bills designed to get more kids succeeding in the state’s school system, and it’s no surprise that some of those proposals want to help out Greater Minnesota school districts. Senate Democrats want to change funding programs to pump more money into fixing up dilapidated schools in rural parts of the state. Dayton puts more money into the state’s education funding formula, which would spread out across the state and mean more dollars per student.

The rural-urban split has also cropped up with post-secondary education, with differing ideas about whether to invest in two-year vocational schools or the University of Minnesota system. Dayton has put a focus on the university, pumping $30 million over two years into its medical school and giving an additional $32 million to help continue tuition freezes on its campuses. Senate Democrats want to give qualifying students free tuition for vocational or technical schools in the Minnesota State Colleges and Universities (MnSCU) system. “I probably don’t need to remind you that most of those vocational colleges are in rural Minnesota,” Bakk said. Republican House Higher Education Chairman Rep. Bud Nornes thinks agriculture programs on the university’s Greater Minnesota campuses could use extra funding to try and give a boost to that industry.

Transportation
Possibly one of the deepest geographical divides — and the cause of a lot of resentment — comes in the transportation debate. Greater Minnesota interests have long argued road and bridge funding has been neglected over the years while massive light rail transit projects have moved ahead. The debate has resurfaced again as Dayton and Democrats push for a massive transportation funding package that includes both road and bridge projects and a sales tax increase in the metro area to pay for new transit. Republicans have proposed a much smaller, short-term plan that pumps some cash and reserved money in the Trunk Highway Fund into roads and bridge projects, but not transit.

Mining
When the House Republican majority announced its new committees, the Mining and Outdoor Recreation Policy Committee stood out. That’s because Republicans spent all summer and fall railing on Democrats for hesitating to support projects like the non-ferrous PolyMet mine on the Iron Range.

But the committee has little power to speed up or change the environmental review process currently underway that would allow the PolyMet mine to operate. “My take on that committee is, from its very name down to its limited purpose, it’s designed to create not only urban and rural division, but creating a urban and rural division between DFLers,” Aaron Brown, an DFL Iron Range blogger said. “It’s really theater at this point.” 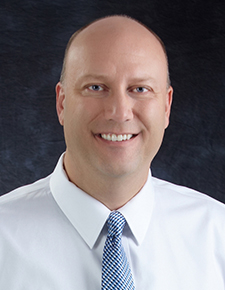 However, the committee is also set up to “provide full-throated support for mining” as soon as the PolyMet Environmental Impact Statement is complete, Brown noted. And the committee could also pass some changes to how the Minnesota Pollution Control Agency (PCA) operates. The state agency is in charge of reviewing and approving permits for projects like PolyMet and has earned the ire of mining supporters for how long the process has taken. GOP Rep. Dan Fabian has introduced a bill to limit the PCA’s ability to set its own rules of operation and makes it more accountable to the Legislature.

“The PCA is going to have a tough slog in both the House and the Senate. Something is going to be done at the end of the day,” said former Republican state Rep. Marty Seifert, who now lobbies for the Coalition of Greater Minnesota Cities. “A lot of rural Democrats are going to go to the governor and say this is a really big problem.”

Taxes
A handful of legislators are proposing a series of tax breaks and changes they say will help level the playing field for Greater Minnesota. House Republicans have pitched the New Market Tax Credit, which would create special incentives for investment in the manufacturing, timber and mining sectors predominantly in rural Minnesota. Senate Republicans also want to nix the tax on Social Security income, which would be a boon to the senior population who make up much of rural Minnesota. GOP Rep. Steve Drazkowski and DFL Sen. Lyle Koenen also want to keep farmers from paying taxes on their farmland that goes to local schools or capital projects. Yet tax breaks are spendy, and not everyone agrees they are the best way to give rural Minnesota a shot in the arm. Bakk is opposed to Republican tax cuts for targeted businesses, arguing there’s no data to show those incentives create new jobs.

Health care
From doctor shortages to long-term term care needs, the 2015 session is loaded up with proposals to try and tackle health care disparities between Greater Minnesota and the metro. Senate Democrats want to give doctors loan forgiveness if they set up shop in rural parts of the state; Dayton’s 2015 budget calls for more mental health beds and care in Greater Minnesota; Republicans want to boost incentives for people to set up long-term care plans and go into nursing professions. Both parties are reaching out to nursing homes, a huge employer in some Greater Minnesota communities. Nursing homes want legislators to spend $200 million to change the way they are reimbursed (currently from a mix of state and federal dollars) to put more money directly into nurses salaries. The proposals have earned bipartisan praise, but they will run into at least one stumbling block: They’re all scrambling to get a piece of a $1 billion budget surplus, competing against myriad priorities for funding.

Housing
Housing for workers is in short supply in many Greater Minnesota communities, but Dayton’s budget would spend $5 million to construct rental properties, targeting communities with at least 1,500 people and companies that employee at least 20 people but have no feasible housing nearby.

Rail safety
Minnesota is dotted with 4,444 miles of railroad tracks, and most of them are in rural Minnesota. With an increase in crude oil traveling by rail from North Dakota and heightened concerns about railway safety, Dayton has proposed spending nearly $43 million on improving railways and crossings in a handful of communities. He would pay for the improvements by taxing railroad property and adding an assessment to railroads.

How the metro vs. Greater Minnesota debate is playing out in the Legislature