But unlike Duluth and Burnsville, which already have cameras in the field, and Minneapolis, which is in the midst of a pilot program, St. Paul will be taking a more deliberate approach. Deliberate as in asking police brass to prepare a budget request for 2016 that includes funding for its own pilot project.

“We have a police department that is always ready to adopt new technology and be ahead of the curve,” said Council Member Chris Tolbert, who sponsored the resolution along with fellow Council Member Dai Thao. Body cameras are “in the next wave to become available.”

Tolbert said police officers he has spoken with are “generally welcoming” toward cameras. He said video can be helpful to assist in prosecutions and in response to merit-less claims against officers. Body cams would also provide a better video records in disputed incidents, such as last year’s tasing and arrest of a St. Paul man in a downtown skyway.

The proposal should also include best practices, Tolbert said, especially in how video collected will be stored and how it will be released under the state Data Practices Act. Currently, videos are available to the public under most circumstances, though Minneapolis officials have said they would apply the same policies to body cam video as they now do to video recorded by dash board cameras in squad cars.

In December, St. Paul Mayor Chris Coleman said he supported the concept of body cameras, but wanted time to look at the policies needed and the implications. At the time, Coleman warned about placing unrealistic expectations on the technology, that they are not a cure-all for solving strained police-community relations. That same month, President Obama said he would ask Congress to set aside $75 million to help police departments purchase body cams.

As part of the same resolution addressing body cams, the council on Wednesday will also direct the chief and the city budget office to suggest financial incentives to encourage St. Paul Police officers to live within the city.

St. Paul’s numbers for police officers living in the city are relatively good. According a recent analysis done by MinnPost, which was based on information provided by the department, 22 percent of the city’s officers were city residents. Minneapolis reported that just 6 percent of its sworn officers lived in the city. The same report showed that the nationally, the average was 40 percent. 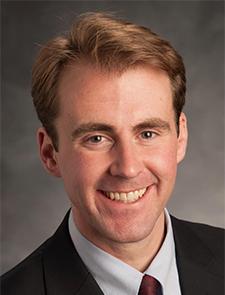 Having cops live in the neighborhoods will help the community, Tolbert said. “I’d love to have an officer on my block,” he said. Living among the other residents helps officers know the community better and also would help kids know officers and regular people, Tolbert said. Incentives could include ideas such as house purchase assistance or tax credits.

Tolbert said he understands the potential downside of living in the city the officer patrols. “They feel like they’re never off duty,” he said. “That’s part of the reason they make great neighbors.”

St. Paul has 615 sworn officers, with 122 of those living within the city.