For about 49 months, Gov. Mark Dayton was able to control his temper and come across as a mature leader. But with one outburst —“he stabbed me in the back”— he did something that once might have seemed almost impossible: He managed to make Senate Majority Leader Tom Bakk look magnanimous.

Even so, in the long line of Minnesota political fights, Dayton versus Bakk is a relatively tame affair: a little trash talk over an issue—pay raises for commissioners—of little importance.

To offer some sense of where this latest feud falls on the spectrum of great Gopher State Political Battles, here’s one writer’s take on the biggest brawls of the past 25 years:

5. Tim Pawlenty vs. Larry Pogemiller
By almost all accounts, former Republican Gov. Tim Pawlenty and DFL Senate Majority Leader Larry Pogemiller despised each other. But publicly, like good Minnesotans, they smothered each other with passive aggressiveness. “Larry’s just being Larry,’’ Pawlenty would say after the two would hold a futile budget meeting. For his part, Pogemiller would call Pawlenty “charming,” even while looking for a nice spot to bury the knife. Knowing that Pawlenty fancied himself quite the hockey player, for instance, Pogemiller would say things like, “I understand he was a pretty good junior varsity player at South St. Paul.” 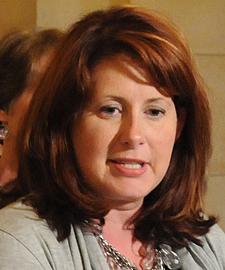 4. The GOP vs. Amy Koch
In 2010, after Sen. Amy Koch had put together a slate of candidates that gave Republicans their first-ever majority in the state Senate, GOP senators showed their respect by making Koch their majority leader. Less than a year later, Koch was deposed. A handful of senators, including some who claimed to be Koch’s dearest of friends, made sure it was known that the reason she was “stepping down’’ from leadership was because of an affair she was having with a GOP staffer. Koch’s personal choices led to her demise, but the behavior of some of her colleagues was political back-stabbing at its most personal—and nastiest.

3. The Override Six vs. The GOP Establishment
In order to win endorsement in 2002, Pawlenty signed a “no new taxes” pledge. He managed to fudge it in just about every ways possible — fees anyone?—but he did veto a transportation bill in 2008 that called for an increase in gas taxes to deal with the state’s crumbling roads and bridges. Six Republican members of the House sided with DFLers and passed the bill to override Pawlenty’s veto. But for showing such political independence on a serious policy question — the I-35W bridge had collapsed the previous fall, killing 13 and injuring 145 — all six House members were stripped of leadership positions within the GOP caucus. Two of the six would go on to retire from politics rather than face re-election, two lost in re-election bids (including Ron Erhardt, who has since returned to the House as a DFLer) and two managed to win re-election. 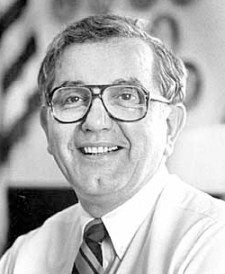 2. Rudy Perpich vs. Sandy Keith
In 1990, the GOP endorsed Jon Grunseth to be the party’s candidate for governor against incumbent DFL Gov. Rudy Perpich. But nine days before election day, Grunseth was forced to drop off the ticket because of an ugly swirl of allegations about sexual improprieties. Then-State Auditor Arne Carlson, who had lost to Grunseth in the GOP primary, was promoted to the top of the ticket. Because it was so close to the election, Perpich argued that Carlson’s name should not be allowed to be placed on the ballot, apparently believing that if he didn’t have an official opponent he’d have a slightly better shot of winning re-election. But the state’s Supreme Court, led by Chief Justice Sandy Keith, who had been appointed to the court, and promoted to chief justice by Perpich, ruled that Carlson’s name should be on the ballot. Perpich did not see the decision as a triumph of judicial independence. Instead, he said he’d been “betrayed’’ by Keith, a longtime friend, and never spoke to him again. Carlson won the election by three points.

1. Arne Carlson vs. Everyone
Despite his pedigree, the best brawler in recent Minnesota politics was not the rassler. For all his bravado, Jesse Ventura as governor was mostly a mouth surrounded by an able staff, and his own Independence Party members quickly grew discouraged at how their “leader’’ did almost nothing to build the party, a one-time opportunity lost forever. No, the real tough guy in recent Minnesota political history was Arne Carlson, who got along with no one—except Minnesota voters. Carlson fought with the GOP base, which never did endorse him. In office, the grumbling gov fought with the teacher’s union (which once endorsed him), his lieutenant governors and political insiders of both parties. He feuded with the governor he replaced (Rudy Perpich) and was insulted by the very presence of the man who succeeded him (Ventura). As recently as 2010, Carlson still was fighting with the GOP. Along with former Republican Sen. Dave Durenberger and former GOP Gov. Al Quie, Carlson was banned for a year from Republican Party for supporting Independence Party gubernatorial candidate Tom Horner over the GOP’s endorsed candidate, Tom Emmer.