It was Nov. 24, 2014. Just two days before, a 12-year-old African-American boy in Cleveland, Tamir Rice, had also been shot and killed by a police officer.

Grimm, who works for Minnesota Public Interest Research Group, figured she wasn’t the only person upset about the media coverage – or who had a desire to do something about what she was seeing. Through her work, the 24-year-old had met other young organizers at local nonprofits, and she soon reached out to several of them to discuss what they could do in Minnesota.

“We were just a bunch of young folks emailing back and forth,” said Michael McDowell, 21, one of the organizers Grimm contacted, and who, like Grimm, has worked with various nonprofit community groups in the Twin Cities. “So we made a plan.”

That plan soon had a name — and a goal. After the decision in Missouri not to indict Wilson, spurring one of the largest national civil-rights movements since the ‘60s, the hashtag #BlackLivesMatter — originally coined after the 2012 shooting of Trayvon Martin — took off on social media. Channeling that national movement, Grimm and her fellow organizers adopted the name Black Lives Matter Minneapolis and demanded more police accountability, training and transparency in the Twin Cities.

In a matter of months, that group managed to organize some of the highest-profile public demonstrations seen in the Twin Cities in years: a march that shut down Highway 55; another that shut down I-35W; and, most prominently, a protest at the Mall of America that attracted thousands, partially shut down the mall during one of its busiest shopping days of the year, and led to the controversial arrest of 11 members of BLM Minneapolis — including Grimm and McDowell.

In fall of 2011, a wave of political outrage was cresting around the Occupy Wall Street (OWS) movement. In the Twin Cities, hundreds of protesters, feeding off the momentum of the OWS, gathered in downtown Minneapolis to demand fundamental financial reform and protested a variety of other issues — from the wars in Iraq and Afghanistan to rising college tuition and increased rates of home foreclosures. 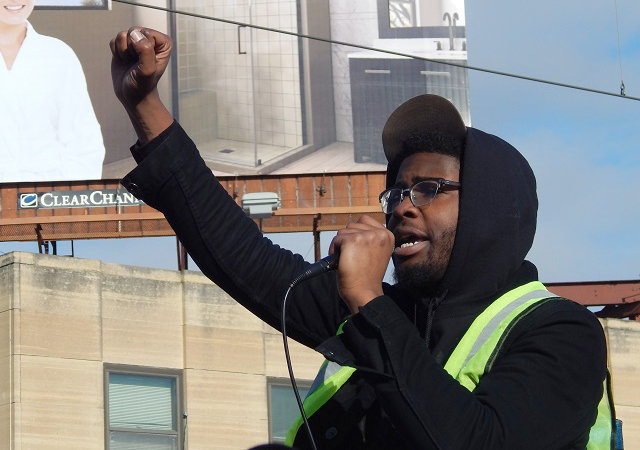 On Oct. 15, the protesters — calling themselves Occupy MN — moved a dozen tents onto the Hennepin County Government Center Plaza, only to have them torn down by local sheriffs later that night. Nick Espinosa, a longtime local activist now affiliated with Black Lives Matter, said he remembers that night fondly, despite the struggles with police. “That was a powerful night,” he said. “That was actually one of the highlights of the whole occupation.”

Occupy was a reaction to the status quo, Espinosa said, which included a distrust of anything that wasn’t fully democratic. In practice, that presented a number of challenges to the organization: Passing motions often took weeks, if not longer, because everyone had to agree.

“That was just a really unwieldy decisionmaking process,” he said. “It was incredibly frustrating … and ultimately I think a lot of people felt it was too process-heavy and not enough action-oriented.”

University of Minnesota political science and African-American studies professor August Nimtz said he supported the Occupy movement in a broader sense, but believed it lacked a clear vision. He also said Occupy’s culture alienated working-class supporters from participating. “I remember going to some of the meetings and I said to myself, ‘My god, this current decisionmaking process does not work for anybody who has a job.’ ” 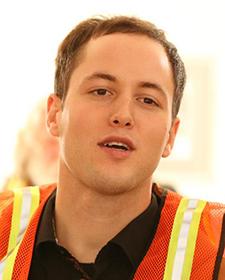 The Occupy culture could also be particularly alienating for people of color, said Neighborhoods Organizing for Change Executive Director Anthony Newby. NOC worked closely with an Occupy MN spinoff called Occupy Homes, which focused specifically on preventing home foreclosures in the Twin Cities. But even Occupy Homes fell short when it came to representing people of color, Newby said. Indeed, though economic and social inequalities were at the heart of the Occupy movement, it remained a movement of white, middle-class youth, Newby said.

And while Occupy was great at mobilizing over what its participants were against, it lacked teeth when it came to solutions, said Nimtz. “It’s not enough to be against something,” he said. “The question is what are you for?”

Espinosa, who along with Grimm and McDowell organized the MOA protest, said Occupy taught him a lot, such as utilizing technology and social media. But it also offered important lessons in the limitations of the Occupy approach, lessons that can often be seen in the way BLM Minneapolis operates.

With a core group of about a dozen members, most of whom are also affiliated with other allied organizations around the Twin Cities, BLM Minneapolis has focused its efforts on a few tangible goals around police accountability and racial disparities in the Twin Cities, and ditched the 100 percent consensus model. “I think there’s much more of a concrete focus and a more narrow scope of what we’re trying to change,” said Espinosa.

Organizers and supporters say that one of the keys to BLM Minneapolis’ success so far has been the strong local scene of young community organizers and political activists involved. 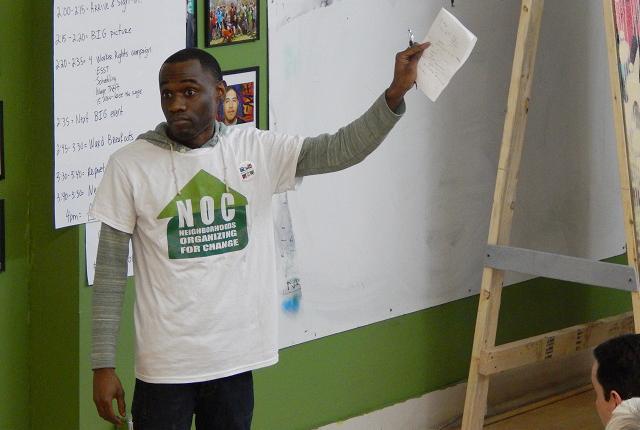 “It came together organically,” said University of St. Thomas law professor Nekima Levy-Pounds, who is a legal advisor for BLM Minneapolis. “A lot of the folks who are involved in Black Lives Matter have been working together for a long time on a variety of social justice issues.”

Levy-Pounds said the way BLM Minneapolis is organized has also made it free to travel where traditional civil-rights organizations and nonprofits cannot. Traditional nonprofits and civil-rights organizations rely on what their funders require of them, she said, limiting what they can do, and how they can do it. But that’s not the case with Black Lives Matter, she said, where young, tech-savvy organizers are only limited by their imagination. “I would say one of the main differences about Black Lives Matter, in my experience, is that it’s driven by the energy of young people, their ingenuity and their brilliance.”

Neighborhoods Organizing for Change Field Director Mike Griffin said that the sort of change advocated by Black Lives Matter Minneapolis comes from two paths: protest in the streets and pragmatic legislative goals. And BLM Minneapolis has worked closely with NOC to help achieve those legislative goals.

Currently, Griffin said NOC and BLM Minneapolis are working on several initiatives in both Minneapolis and at the state Legislature, including increased transportation funding in north Minneapolis, a citywide $15 minimum wage, stronger language in Minneapolis police body camera policy and a worker’s bill of rights.

One major piece of legislation, Griffin said, is the Felon Voting Rights Restoration bill, which would potentially give 60,000 felons in Minnesota the right to vote after they’ve served their time. 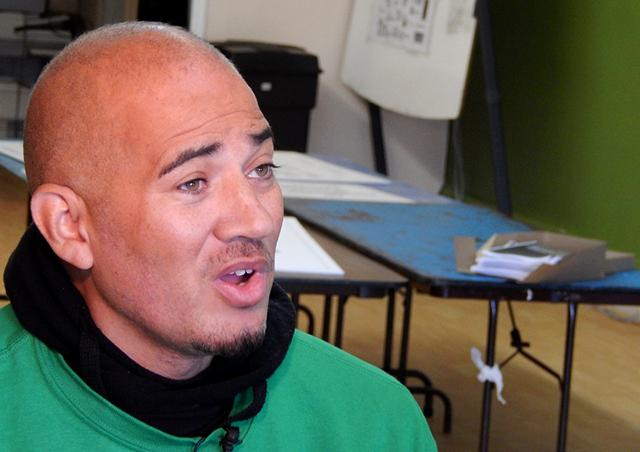 “If you think about governor Dayton in 2010, he won by 8,000 votes,” Griffin said. “If 60,000 people are going to have their freedom to vote by the next presidential election, we can fundamentally change the election.”

For Griffin, local activism has come a long way in the short time since Occupy Wall Street, and he sees the current progress as just the beginning. “What’s good about Black Lives Matter and NOC is that people of color, specifically in Minneapolis, are getting well organized. This year we are going to do things that actually make black lives matter.”