It wasn’t until a couple months before Election Day in 2012 that Kent Eken knew for certain his seat in the Minnesota House had been annihilated in the redistricting process.

The once-a-decade process of redrawing state political maps technically kicks off after each year ending in zero, when the federal government releases census data. But in 2011, the Legislature and governor — who are charged with creating new boundary lines for state and federal lawmakers — deadlocked on a set of redistricting maps. The process was then kicked to the state courts, as it has been for the last five decades.

By the time courts released the final maps, in February of 2012, the campaign season was already in full swing, and Eken found himself in the same district with a friend and fellow House Democrat, Rep. Paul Marquart. But he got lucky: the courts had also created a new, open Senate seat in the Moorhead area; Eken ran for the seat, winning it that fall after a competitive race against former NFL player Phil Hansen.

Now, Eken says he wants to change the state’s long and winding redistricting process by creating an independent commission to do the job, essentially removing what he calls an inherent “conflict of interest” in legislators drawing their own districts. “It always changes in the courts, but you have to go through this long process anyway of the Legislature drawing up maps that everyone knows are going to be rejected,” said Eken, DFL-Twin Valley.

It’s an issue that’s getting national attention as the United States Supreme Court takes up the constitutionality of an independent redistricting commission in Arizona, but advocates for the change in Minnesota say their proposal will pass constitutional muster. And while we’re still five years away from the next redistricting fight, supporters say the timing is just right.

“The closer we get to 2020, which is the election that elects the mapmakers, the more politicized it’s going to be, and the more both sides are going to start wondering whether reform is worth it,” said DFL Secretary of State Steve Simon, who supports the commission and carried a similar proposal during his time as a House member. “We are far enough away now that no serious pundit is handicapping the 2020 elections.”

A partisan process — decided in the courts 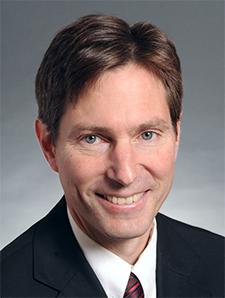 That’s how it’s supposed to work, anyway. In actuality, the matter almost always ends up before the judicial system, as one party always accuses the other of trying to draw lines that will help them in elections. Indeed, the courts have been the de facto mapmakers in Minnesota since the 1960s.

In 2011, each party accused the other of trying to manipulate the maps in their favor, most notably on the congressional level. Legislative Republicans, who were then in power, produced a map that would have moved former GOP U.S. Rep. Chip Cravaack from the volatile 8th District into a more conservative 7th District, while making DFL Rep. Tim Walz’s 1st District more competitive.

Gov. Mark Dayton vetoed both the Republican’s legislative and congressional maps and refused to sign a proposal until he and state lawmakers set redistricting principles. In the summer of 2011, the courts took over anyway. Even in 1991, when the legislative maps actually went into law after Gov. Arne Carlson simply forgot to veto the proposals within three days, the governor went to court to try and reverse his own error.

Eken’s bill would try to put an end to the political back and forth by establishing a clear set of steps and a new five-person panel of retired judges to create the initial set of maps. Four of those judges would be appointed by leaders of each legislative caucus, and those appointees would vote to select the commission’s fifth member. It’s not an unprecedented move: Five states use commissions similar to the one Eken is proposing, and 12 states give a group other than the Legislature the first and final word on redistricting.

But some of those independent commissions are at risk as the U.S. Supreme Court takes up a test case in Arizona, where voters approved a 2000 ballot initiative to take legislative redistricting out of the hands of state lawmakers and give it to an independent commission. Republican state legislators, infuriated by a set of competitive maps the Arizona commission drew in 2012, filed a lawsuit against the commission and appealed all the way to the U.S. Supreme Court. They argue the nation’s Constitution says the “times, places and manner” of congressional elections “shall be prescribed in each state by the Legislature thereof.”

Eken and other supporters say their commission would be safe from the outcome of the high court’s decision because it doesn’t totally yank power from the Legislature. His proposal requires the commission to submit their maps for approval from legislators, who could reject the first plan. They could also reject a second, but lawmakers would have to adopt the commission’s third plan, with some options to modify the map before passing it out of both chambers.

Ideally, Eken would like the Legislature’s role completely removed from the process. “This just goes as far as we know we can go,” Eken said. “If the Supreme Court decides we can go further later, I would like to go further.”

Eken has support from the Republican Chair of the House Government Operations and Elections Policy Committee, Tim Sanders, as well as other rank-and-file GOP legislators. Rep. Tony Albright, R-Prior Lake, is working on his own proposal to deal with the problem, though he’s still fine-tuning all the details and wouldn’t give any specifics. 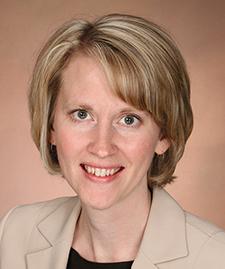 But Rep. Sarah Anderson, R-Plymouth, who led House Republicans redistricting efforts in 2011, said it’s less transparent to give the power of redistricting to a group of unelected retired judges than to legislators. She compares the idea of a commission that of the Metropolitan Council, a regional transportation authority that is filled with appointed members.

“I don’t think you could find a citizen in the state of Minnesota who would consider themselves non-partisan 100 percent of the time,” she said. “So instead, what you’re doing is you have people tied to different interests that are serving on the commission and the public doesn’t know that, isn’t aware of it and they have no means of un-electing them from that position, whereas here, it’s up front, it’s transparent, and anyone can be voted out if Minnesotans aren’t happy.”

The prospect of having to draw out an entire congressional district in five years would make the redistricting process even more partisan, said Michael Brodkorb, who served as the Republican state Senate staff lead on redistricting in 2011. “It was already a tough process,” he said. “Add that dynamic into the process and it’s going to be even harder.”

He generally supports the idea of an independent commission, but it might take time for legislators to wrap their heads around abdicating their own power. On top of that, the public doesn’t pay much attention to redistricting and is unlikely to rally behind changes.

“This is such inside baseball,” Brodkorb said. “The political insiders and hyper partisans at the Capitol and those who really get involved in the minutiae of politics are interested, but how do you get the public that animated about the redistricting process? It’s a hyper-partisan process and I think it’s going to take some time to change the opinions of folks.”

Why Minnesota lawmakers are already thinking about 2020