In a legislative hearing Thursday morning, Minnesota Secretary of State Steve Simon posed an improbable question: “What if we held an election and no one showed up?”

Neither Simon nor anyone else thinks there will be a no-show election, but he noted that, by Minnesota’s own standards, the primary election last August came pretty close. Only about 10 percent of registered voters showed up to the polls, making it the lowest turnout rate in a midterm election in Minnesota in decades. And that was despite having a competitive Republican gubernatorial primary and a high-profile DFL state auditor race on the ballot.

“How can an electorate that normally votes in such high numbers vote in such abysmally low numbers in the primary?” Simon, a DFLer, asked. “There’s something off here about the August primary.”

Simon was testifying in front of the House Government Operations and Elections Policy Committee in favor bumping the primary election date to the third week in June, which he says will catch voters before August arrives and Minnesotans are trying to “squeeze every last drop out of summer.”

The more people who show up to vote, the better it is for Democracy, he said. What’s more, if voters dispense with the primary early on, they’ll have more time to get to know the candidates who will grace the general election ballot in November, said Rep. Kelly Fenton, a Republican lawmaker from Woodbury who’s the author of the June primary proposal, and who previously served as deputy chairwoman of the Republican Party of Minnesota.

“This would devote more time to the general election race, allowing more time for voters to hear the difference in the ideas and the opinions between the candidates,” Fenton said.

Of course, like with most things in St. Paul, the debate over the issue isn’t just about good policy. Politically, the dynamics seem to be lining up in favor of the change. Republicans are bruising from a harsh defeat of gubernatorial candidate Jeff Johnson in the general election last fall, after he survived a rare, competitive GOP primary against three other candidates in August. But he was outraised and campaigned by Gov. Mark Dayton, who had the DFL party behind him from day one. 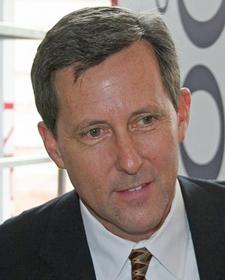 “On our side, if we would have been able to solidify behind our candidate earlier that would have helped us,” said Republican Party Chairman Keith Downey, who supports a June primary.

The competitive disadvantage of having later primaries is not lost on Democrats, either, who routinely have primary contests for open statewide offices. Some DFLers are already fearing a contentious process in 2018, when Dayton retires and the field will be open on both sides for the governor’s race.

DFL Party Chairman Ken Martin has been pushing for a June primary since the 1990s, and he’s optimistic something could happen this year. Both House Speaker Kurt Daudt and Dayton support the move.

“There’s more of push now than there’s ever been,” Martin said.

But there are always dissenters, and Minnesota lawmakers have had a hard time picking a month in the past. It was Simon who helped push for the August primary date in the first place, up from September to try and give overseas Minnesota voters — military, diplomats or students, for instance — time to get in their ballots. There’s also a group of Republican state senators who want to move the primary election to March in order to put Minnesota on the radar of presidential hopefuls in 2016, with the idea of building enthusiasm among voters who tend to sit out primaries. 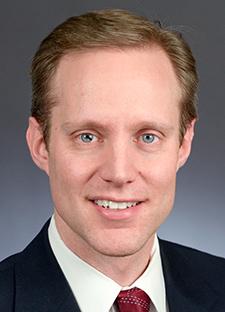 A total of 18 other states hold their primaries in June, while the earliest primary held last year was on March 4, in Texas.

Simon said some legislators — particularly those from Greater Minnesota — have privately told him they fear the change would allow “some whippersnapper” to mount a primary challenge against them while they are stuck in St. Paul for the legislative session, which runs from January through mid-May. But Simon says lawmakers typically get the most press during session, and points out that Iowa has a June primary along with a January-May legislative session and hasn’t seen an uptick in competitive primaries.

“I can’t see any evidence that having a June primary on the heels of their legislative session somehow increases primary activity,” Simon said.

Many county officials throughout Minnesota also oppose the move because it would bump into an already busy time of the year. In addition, the change would require a lot of deadlines to be pushed up, such as training of election judges and the date candidates would have to file for office.

And some lawmakers, such as Rep. Michael Nelson, DFL-Brooklyn Park, are concerned that a June primary would lead to legislative sessions during which campaign politics had an even greater influence on policy discussions.

“The effect that’s going to have on various legislative bills going forward, just the decorum of the Legislature,” Nelson said. “I have more concern about that than I am worried about someone filing or running against me and knocking me out in the primary.”