What’s most special about the upcoming legislative special session?

Is it the fact that Gov. Mark Dayton, a DFLer, felt compelled to veto bills that were passed by a DFL-controlled Senate? Or is it that House Speaker Kurt Daudt will end up playing a huge role in whatever is to happen, as he tries to bring together Dayton and Senate majority leader Tom Bakk even while holding off the Tea Party crowd?

My money is on the fact that the Legislature will probably take one day to do what it couldn’t get done in five months. An education bill; an environment-agriculture bill (with fewer poison pills); a jobs-energy bill that provides more than a pittance for broadband  — all will get completed and signed.

Additionally, the legacy bill, which passed the House but didn’t get to the Senate floor before time ran out on the session, surely will get passed and signed. A small bonding bill — one that does not include the $7 million Bakk wants for an underground parking garage — likely will get passed. A few other odds ’n’ ends, such as $153 million for the completion of a Hwy 53 project on the Iron Range, may get agreed to. Bakk indicated more money, presumably from unspent surplus, could end up in transportation projects.

All of this will happen in the next few weeks because legislative leaders and the governor will make agreements on what will happen before the governor calls the special session. In other words, the public’s business will get done behind closed doors, involving a handful of people who will twist enough arms to get bills passed.

The work, among leaders, was happening Tuesday when the governor, Lt. Gov. Tina Smith and Daudt held meetings at the governor’s mansion. Following that meeting, Dayton met with Bakk and Sen. Dick Cohen, DFL-St. Paul.  Cohen’s inclusion in these discussions is important. He’s chair of the DFL finance committee and much of what happens — a few tax cuts for Republicans and more education money — will require some serious numbers juggling.

So far, leaders did agree that a special session should be held in the state office building. (The capitol is closed off because of renovations.) That facility will work for Senate and House members but it will be chaos for anyone interested in trying to watch the proceedings.

To former Gov. Arne Carlson, what’s most surprising about this upcoming special session is that covers such a wide variety of issues. That indicates the seeming failure of the governor and the DFL majority in the Senate to work more closely together, he said.

“Usually at the end of the session you have the DFL versus the Republicans,’’ said Carlson. “But in this case, you had three different things — the DFL, Republicans and the governor — going in different directions.’’

Take the environmental-agriculture bill. The governor and many environmental groups, which are crucial to the DFL base, believed this was the worst environmental bill ever passed by a DFL body. 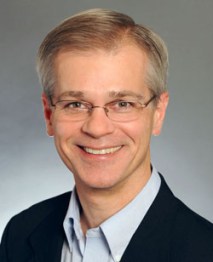 But, according to Sen. John Marty, DFL-Roseville, chairman of the Senate’s Environment and Energy Committee, most of the objectionable language wasn’t in the original bill sent by the Senate to the conference committee. When the bill was re-worked there, it came back with a bunch of surprises, including the elimination of the Citizen’s Review Board, which has been an overseerer of the Minnesota Pollution Control Agency since the 1960s. That conference committee bill did pass in the Senate, but it passed because 10 DFLers joined with Republicans.

That same sort of alliance — a handful of DFLers joining with a united GOP caucus — passed the jobs and energy bill, which Dayton vetoed. (That was the bill that “passed” in the House in the final seconds of the session with DFLers’ screaming at Daudt.  The DFLers cries of “crooks” and “shameful” would have been far more impressive if DFL majorities hadn’t pulled the same sort of stunts in past sessions.)

There has been much rhetoric following Dayton’s vetoes. For example, there was the “outrage’’ of Rep. Denny McNamara, R-Hastings, who is the chair of the House committee. “It seems the governor’s version of compromise is his way or the highway,’’ McNamara said after Dayton’s veto of the environment-agriculture bill. “Moving forward from this veto, which blindsided us, will be difficult.’’

This bluster would be more compelling if McNamara hadn’t loaded up the bill with big policy changes during conference committee meetings. There were, for instance, no hearings on the elimination of the PCA’s Citizen’s Review Board. It simply showed up in conference committee, which might be considered a form of blindsiding.

There likely will be little rhetoric, and little debate, when the special session does begin. In that way, it won’t be special at all.

What to expect when you’re expecting a special session