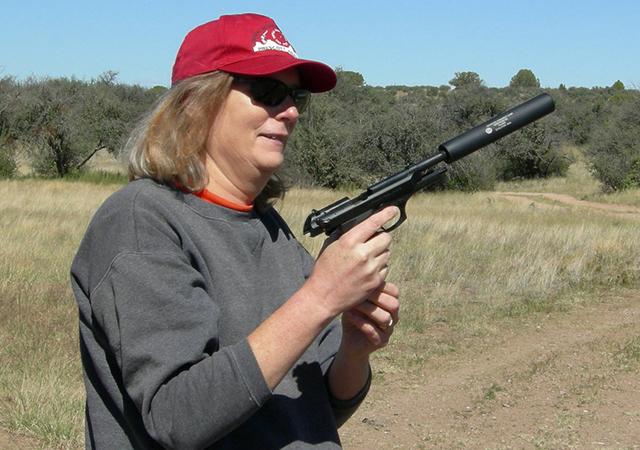 Gun silencers, which even the National Rifle Association once shunned, have become the fastest growing niche in the firearms market. And now they’re coming to Minnesota.

Which may raise a question among those who were paying attention to Minnesota politics earlier this year: Huh?

In was just two months ago, after all, when Gov. Mark Dayton promised to veto any bill that included the legalization of gun silencers. “Nowhere in the Second Amendment to the United States Constitution does it refer to a right to bear a silencer,” Dayton said at the time. “To allow gunshots to be silenced increases the danger to law enforcement officers, and to innocent bystanders.”

But something changed after Dayton made his threat. He looked around to discover he was pretty much by himself. Despite expressing concerns for the safety of police officers, Dayton found he had support of only one of three major law enforcement organizations, the Minnesota Chiefs of Police Association. Both the Minnesota Police and Peace Officers Association and the Minnesota Sheriff’s Association were silent. And rural DFL legislators weren’t about to fight the gun lobby.

Even some legislators who typically support gun-control issues were willing to support this measure. One was Sen. Ron Latz, DFL-St. Louis Park, who — after some study of the issue — supported its inclusion on the Senate’s public safety bill.

“Once you learn more about the substance of this particular issue, it’s something that should not be difficult for Minnesotans to support,” Latz said.

Three things stood out in convincing Latz that this was a measure he could support. The suppressors don’t actually silence the sound of a gunshot, they decrease the sound. Law enforcement agencies across the country — sound suppressors already are legal in 39 states — have no data showing that suppressors have been a threat to public safety. And finally, language was added giving police authorities some “flexibility” in determining if someone should not receive approval to purchase a silencer.

In Latz’s mind, this never was one of those classic, noisy showdowns between Second Amendment absolutists and those who seek tougher gun control laws. Instead, this was one of those rare issues on which both sides could find agreement.

Even Joan Peterson, a spokeswoman for Protect Minnesota, an organization that promotes tougher gun regulations, expressed only mild disappointment in the governor over his backing down from his tough talk.

“We’re disappointed, but we understood that the bill had to pass,” she said. “It happens all the time. You have one of these big omnibus bills, filled with important things, but something like this (silencers) is included.”

A couple of things stand out about the passage of this measure: First, it sailed through the House on a 89-40 vote and the Senate by a 40-23 margin.

Just 15 years ago, NRA executives kicked a silencer company off the floor of its annual gun show, saying that silencers gave gun sales a “bad image.” The image problem dated back to the 1934, when silencers were included as a “Class 3” instrument along with such weapons as machine guns in the federal Firearms Act. At the time, Congress was concerned about the sophisticated weaponry possessed by organized crime outfits, which had flourished during prohibition.

Court rulings and changes in law have gutted much of the Firearms Act of 1934, but to this day silencers still are a Class 3 implement, meaning they are subject to strict federal regulation, special taxes and stiff fines and prison sentences for illegal possession. (Dumping the Class 3 designation on silencers is another item on the agenda of the gun lobby.)

But how could manufacturers attack the “image problem?” Start with some changing of terms. For example, instead of calling these devices “silencers,” call them “sound suppressors.” Then distance them as far as possible from the Hollywood image of silencers as a tool of professional assassins. 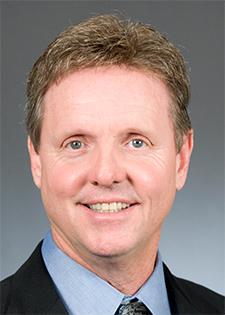 “We brought this up as a public health issue,” said Anderson. He went on to explain that hunters and target shooters long have had hearing issues because of the noise associated with their sports. Target shooters can — and typically do — wear ear plugs, but hunters rely on hearing. Anderson, a duck hunter, said his ears “buzz” after just one blast from his 12-gauge shotgun.

The second big thing to attack, in terms of image, was the impact silencers have. Contrary to the television shows and movies, silencers do not eliminate sound. As Latz learned, silencers merely reduce gunshot noise. “It’s just a muffler, that’s all it is,” said Anderson. “It was invented by the same guy who invented mufflers for cars.” (That’s true. Hiram Maxim invented the car muffler in 1902 and the silencer in 1910.) “You still are going to hear shots.”

Finally, supporters of silencers said the bill will add to the quality of life for those who live in areas near gun ranges. The spread of the metro and other large communities has led to housing being built around longstanding gun ranges and that has led to complaints about noise. If target shooters purchase silencers that noise will be reduced.

The image campaign has been extraordinarily successful in state capitols across the country — and in the marketplace. In 2008, there were only 18,000 silencers registered by the feds. By last year, that number had skyrocketed to more than 500,000.

The Minnesota Chiefs of Police Association did express concern that shots fired from guns with silencers will not be heard by shot-spotter technology. But Anderson and other supporters of the legislation said they believe the technology, which maps where shots are being fired in urban areas, can be adjusted to track the shots.

“We still have concerns,” said Andy Skoogman, the association’s director. The chiefs did get some flexibility in the final silencer law: It gives chiefs “some discretion” in whether to issue a permit to a silencer applicant.

Like so much that happened in this session, the silencer issue came down to an alliance of Republican and rural DFLers against a handful of urban DFLers.

Perhaps part of the reason there was so little fight left among those who support tougher gun laws is that a bill such as the silencer measure still will require purchasers to go through a time-consuming and expensive federal licensing process.

Anderson, who sometimes carries a weapon to the Capitol, says that he intends to buy silencers for some of his guns. He outlined the process he’ll have to go through: He’ll have to get approval from the Cass County sheriff; pass a state background check; apply to the federal government to possess the silencer, sending $200 along with his application (which needs to include the serial number of the silencer he intends to purchase); go through a federal background check that might take months; and finally, make the purchase of an item that is fairly pricey (upwards of $700).

“It’s ludicrous that we have to go through all of this at the federal level,” Anderson said. “This is an item you should be able to walk into a store and just purchase. We need to work on the federal law. But still, this is a pretty big step.”

Given the successes in this session — and successes in blocking tightening gun laws past sessions — Anderson said he can’t imagine there’s much more Second Amendment supporters will be seeking in Minnesota in the near future. But, of course, if the past is any guide, there’s always one more thing.

Protect Minnesota’s Peterson admits that the disappointments for those seeking stricter controls have been steady since the mass killings at Sandy Hook Elementary School in 2012. Rather than stricter controls, it seems as if there’s been an erosion of gun laws in Minnesota — and much of the rest of the country.

“I don’t think people have given up,” she said. “But it’s been a disappointing time.”

How gun ‘suppressors’ became legal in Minnesota — with barely any debate