Branden Petersen hit his peak income at the age of 23. He was the youngest sales manager for home improvement chain Lowe’s in the Midwest region, and he was moving up fast. He was one promotion away from a six-figures salary.

Now Petersen is 29 and a father, and he works two jobs just to make a fraction of his old salary to try support his family. One is at an auto dealership. The other is as a Minnesota state senator.

Technically, the job of a state legislator is part-time, so Petersen makes $31,140 during each session, which run between January (or February) and May. But late nights and unpredictable hours during those sessions has made it hard to find another steady job that’s flexible and pays enough to cover the bills. Even with the gig at the auto dealership, he said, it was going to be tough to get by.

“Any job that will let you do that will not be a career,” said Petersen, who lives in Andover. “It got to the point where I had to make a choice.”

He chose to leave politics, announcing after the Fourth of July holiday that he wouldn’t seek re-election in 2016. The announcement was bemoaned by members of both parties, who liked Petersen’s style as a legislator. A Republican with a Libertarian bent, he made his name fighting for a robust medical marijuana program, tighter data privacy protections and as a champion of same-sex marriage.

But Petersen’s story is familiar in Minnesota politics, where many of the state’s youngest lawmakers have stepped down after the financial and family pressures caused by the job became too much.

“If the financial piece was squared away,” Petersen said, “I think it’s pretty safe to say that I wouldn’t be leaving.”

‘It was hard to market yourself’

The salary lawmakers take in each year doesn’t include daily per diem and living expenses they can collect. During the session, state representatives can collect a per diem of $66 seven days a week, while senators are allowed $86 per day. They can also collect reimbursement for travel and lodging.

But for many legislators, especially those who live in the far-flung regions of the state, that doesn’t make up for the time commitment required to be a legislator, not just during session, but even in the off-season: meeting with constituents, talking to civic organizations, serving on task forces.

Larry Hosch was 24 when he was first elected as a Democrat to represent the St. Joseph area in the state House. During his time in St. Paul, he got married and started a family, but he had a hard time finding another job that would let him be gone during the session. “I wasn’t well established in a career, and trying to find an employer who would let you be gone for half the year, it was just hard to market yourself for a job,” he said. 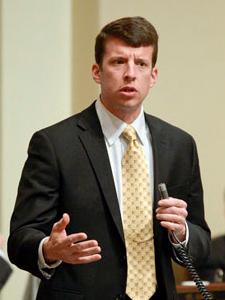 And once a family entered the picture, it became harder to be more than an hour away from them most nights of the week during session. “Being away from my two children was painful. I couldn’t be the father I wanted to be,” said Hosch, who retired from the Legislature in 2012 and is now working for the Department of Human Services. His new job has steady hours and lets him work from home several days a week. “I had to reluctantly walk away from a job I absolutely loved.”

There’s no shortage of stories about legislators struggling: former DFL Sen. Mee Moua’s St. Paul home went into foreclosure in 2010 shortly after she stepped down from her state Senate seat; former Republican Rep. Mark Buesgens’ home in Jordan was foreclosed several years ago while he was still in the Legislature; current GOP Sen. Sean Nienow filed for bankruptcy last year after failing to pay off a six-figure small-business loan from the federal government.

Some legislators find ways around the scheduling and part-time pay. Several are teachers who work half the year, and some are lawyers who take on the clientele they can handle. Some subsidize their legislator salary with personal wealth, while others run their own business and have the luxury of being their own boss.

But even that can be tough. Former GOP Rep. Jim Abeler ran a chiropractic clinic in Anoka during his 16 years in the Legislature, but the hours he spent away during the legislative session made it hard to promise his clients consistent service. Some clients stayed, but others found other clinics. Abeler estimates he lost $1 million in profits during his time in St. Paul.

“I probably lost two-thirds of my practice over the Legislature,” said Abeler, who now lobbies but also still works at his clinic. “I don’t begrudge it, I just didn’t realize how much I lost until I was gone. I had to start the rebuilding process.”

The politics of pay raises

Though Minnesota legislators’ pay hasn’t gone up in 16 years, you’re not going to find many current lawmakers talking about the issue. It’s not only unpopular, but politically risky to talk about giving any public official a pay raise these days. DFL Gov. Mark Dayton learned that this spring when he used a 2013 law change to give a raise to more than two dozen of his commissioners, who he said could be making more in the private sector. It set off a flurry of criticism, with Republicans vowing to use the issue against Democrats on the campaign trail next fall.

DFL legislators heard similar arguments in 2013, when they voted to put a constitutional amendment on the ballot in 2016 that will propose taking the power of legislative pay out of legislators’ hands, giving it to an appointed bipartisan panel. Only a handful of states give complete power over to a commission to decide their pay. Republicans in the state House railed against the move, saying it was a de facto vote to raise lawmaker pay. A toothless commission on lawmaker pay in Minnesota has already recommended higher salaries for legislators.

Abeler voted against putting the amendment on the ballot as a legislator. But now that he’s retired from politics, he plans to vote in favor of the commission on the ballot next fall.

“Some people find ways around it, but the person who works a hardware store, just the regular people, they can’t get out of that,” he said. “And no manufacturing plants can let someone off for five months. You want to get people from all walks of life in there. That’s supposed to be the beauty of a citizen Legislature.”

The Capitol ‘isn’t a place where everybody can serve’

For DFL Rep. Carly Melin, whose 200-mile commute from Hibbing to St. Paul this session took its toll on her family — she has a new baby at home — the biggest problem with the low pay for legislators is one of representation. 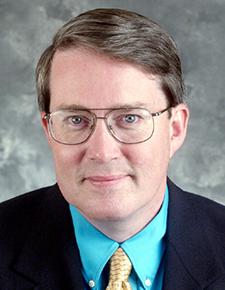 Former GOP Rep. Michael Beard sold a small Christian newspaper business so he could run for a state House seat in Shakopee back in 2002. He won and served for more than a decade, living off that money and his wife’s income as a homecare nurse. But when she unexpectedly suffered a back injury, the Beards lost her income. For some time, all they had was Beard’s $2,600-per-month legislative salary. They sold equipment and dug into their reserves, but they were still sinking.

“No one should have to pay that kind of price to serve the public,” said Beard, who now serves as a Scott County Commissioner, making double what he did in St. Paul. “The legislature is a full-time job; it’s become that. To just have the ability to serve and at least not go backwards, that would at least be pretty nice. It affects recruitment. You get good people and good candidates who say, why would I ever do this?”

Most predict the legislator pay commission amendment will pass and the group will instate a raise for legislators, but neither outcome is certain. In 2009, California’s Citizens Compensation Commission reduced the salary of its legislators by almost $21,000. Petersen’s ideal solution is a Legislature that gets all it’s work done in five or six months and only meets once every two years, giving lawmakers a year off to work.

Occasionally Petersen wonders where he’d be now if he’d never left his old job with Lowe’s. “Had I stuck around there I imagine I would be in a pretty comfortable position now, given the trajectory I was on,” he said. “But that’s a decision I made with my eyes wide open. I wouldn’t take it back. Unfortunately, the Legislature just isn’t a place where everybody can serve.”

The high cost of being a Minnesota legislator