Walter Mondale threw his arm around the shoulders of Al Quie, saying “there was a time when Republicans and Democrats would work together.’’

The two were among five people honored Thursday at a celebration of the 50th anniversary of the passage of the Voting Rights Act of 1965. Mondale, who would later become vice president, was a first-term senator when the historic bill was passed. Quie, who would later be Minnesota’s governor, was a member of the House at the time. The two other living members of the state’s Congressional delegation, Don Fraser and Alec Olson, also were honored, as was long-time civil rights activist Josie Johnson.

But given today’s political climate, what was most interesting about the 1965 vote was that all members of the state’s delegation supported the Voting Rights Act.

Secretary of State Steve Simon, whose office organized the event, which was held at the Landmark Center in St. Paul, noted the bipartisanship of Minnesota politics of the time.

“The Minnesota DFL Party embraced civil rights in its platform and through its elected representatives,’’ Simon said. “Meanwhile, the Minnesota Republican Party chairman traveled to Selma in March of 1965 and reported on his experiences when he returned and he urged Republicans to support federal legislation to wipe away discriminatory voting laws.”

Could such bipartisanship over such a profound piece of legislation happen today?

Rep. Keith Ellison wrestled with the question. He recalled that as recently as 2006, the U.S. Senate unanimously passed extensions of some provisions of the Act that were expiring and, after passionate debate, the House passed the extensions by a 390-33 vote.

“But what you’ve seen since the Supreme Court decision (in 2013) seems to have changed things,” Ellison said. “As soon as the Court cut into section 4 (which allowed strong federal oversight in Southern states on voting laws) tools and devices which would hold down voting have come flooding in.” 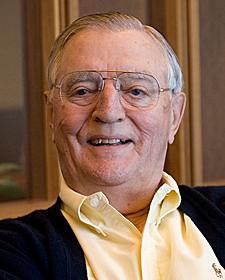 In his short speech to the crowd that had gathered for the ceremony, Mondale noted that the forces that once tried to hold down voting “seem to be back at it again — and not only in the South but across the nation.”

Mondale recalled that the speech President Lyndon Johnson delivered to a joint session of the House and Senate calling for passage of the 1965 act — the first voting rights act that had any teeth — remains a vivid memory. Johnson, not known as a great orator, was at a level that Mondale never had seen before or would see again.

“When he finished, we sprang to our feet,” Mondale said. “There was applause like I’d never seen before or have seen since.”

Mondale also acknowledged that LBJ and all other Democrats understood they had lost the South for years to come. It was a solid block of Southern Democrats who long had stood up against meaningful civil rights law and in the wake of the 1965 vote, the Solid South turned from Democrat to Republican. But there was another even more important change. Simon pointed out that in 1959 just 10 per cent of African Americans in Mississippi voted. By 1968, that number increased to more than 60 percent. The same story was told throughout the South. 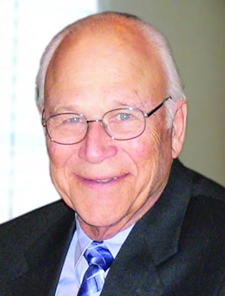 Both Mondale and Josie Johnson made mention of the fact that the 1965 vote could not have happened without the blood, sweat and tears of people of previous generations.

Smiling, Mondale noted that the name Hubert Humphrey must certainly be at the front and center of any celebration of civil rights. “His hand would come down from heaven and bop me on the head,” if his name was not mentioned.

Johnson, too, brought up the all “the brave souls” of previous generations who had set the stage for 1965. As a child in Texas, she recalled going door to door in support of measures that would eliminate the poll tax that the state used to keep the impoverished from voting.

“I’m an old teacher and I have homework for you to do,” said Johnson pointing to the audience. “Renew your commitment.”

Nobody was more passionate about the 1965 vote than Quie. At the time, there was some grumbling in the Republican caucus about supporting a bill being pushed by Democrats, Quie said. “I got up and said, in essence, ‘If you refuse to vote for this it is un-American and un-Christian,’ ” Quie recalled. He wasn’t universally embraced for his position, he said, but that didn’t bother him a great deal.

“There are many reasons for governance,” Quie said. “But the main reason is justice.”