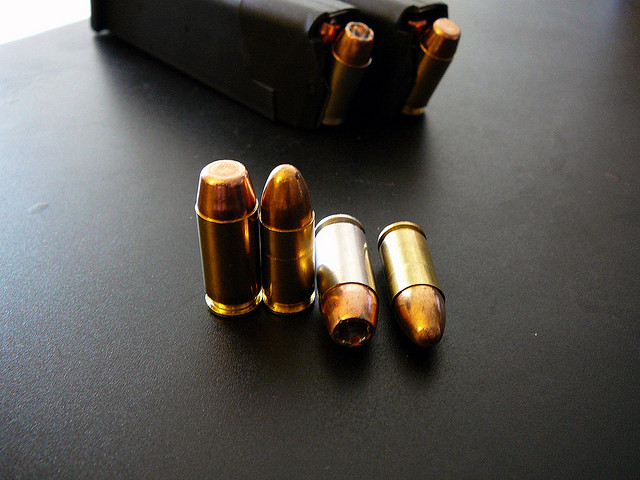 CC/Flickr/mr.smashy
A new law that went into effect on August 1 creates a five-year mandatory-minimum sentence for felons with histories of violent crimes caught possessing bullets or other ammunition.

The law, an amendment to Minnesota’s gun regulations, creates a five-year mandatory-minimum sentence for felons with histories of violent crimes caught possessing bullets or other ammunition – the same sentence the offenders would receive if they were caught with a firearm.

Sen. Ron Latz, DFL-St. Louis Park, offered up the amendment in April as part of the omnibus public safety bill and it passed the senate unanimously. The bill prompted no discussion at the Legislature, even though it could have the most significant impact on the state’s prison system of any measure passed in the 2015 session. According to projections from the Minnesota Sentencing Guidelines Commission, the law could create the need for as many as 114 more beds by 2019, a more than 20 percent increase from the present 500-prisoner overflow.

The sentencing commission, which studies trends and develops uniform punishment guidelines for criminal offenses, made several projections on the fiscal impact of the law based on 2013 crime data and how similar laws played out in other states. The commission calculated that the law will increase the number of offenders by anywhere from 3.2 to 15 percent.

Here’s the breakdown of best-, middle- and worst-case scenario impacts on prison resources, according to the commission:

Nate Reitz, the sentencing guidelines commission’s executive director, emphasized that it’s impossible to predict a precise impact. In a recent presentation to legislators and prison officials, he used the mid-range figure of 66 beds when discussing the consequences of the law, though there is some concern that 66 is an underestimate, he said.

Minnesota’s overpopulation problem is due to an unprecedented spike in incarcerations since 2000, driven by harsher penalties for crimes like DWI, drugs and sex offenses. Though Minnesota still has one of the lowest prison population rates in the country, the number of inmates has exceeded capacity, and the Department of Corrections is presently housing overflow in county jails across the state as a temporary solution.

Last month, Latz launched a task force designed to address the problem in advance of the 2016 session. The committee is considering several solutions, including the Department of Corrections proposal to expand its Rush City facility at a cost of $141 million. Over in Western Minnesota, Swift County officials have proposed that the state lease the Prairie Correctional Facility, a private prison in Appleton, which hasn’t housed inmates since 2010.

The projected impact of Latz’s amendment has scarcely been mentioned at the task force meetings so far. In an interview, the senator said he hadn’t seen the guidelines commission reports, but his amendment was designed to give prosecutors a tool to charge offenders who pose a risk to public safety but are not caught with a weapon. As an example, he cited a suspect ditching a gun before an arrest but still being caught with the ammunition clip.

Though he introduced the bill earlier this year, he said after seeing more data, he now believes the five-year mandatory-minimum sentence to be “problematic.”

“I think the policy move was in the right direction, but now that we’re gathering all this complete information and putting it in full context, I think it’s worth re-evaluating the length of mandatory sentence,” Latz said.

The law, which went into effect on August 1, will also exacerbate another problem facing Minnesota’s prisons: racial disparity.

Those disparities are likely to widen in the aftermath of the new ammunition law: The sentencing guidelines commission projects that about 52 percent of offenders who will go to prison as a result of the new law will be black, while about 8 percent will be Native American. Only 32 percent will be white.

While examining racial disparities isn’t the main prerogative of the prison task force, Latz said the disparity in prisons is on the radar for him and other legislators. “It’s a very important issue for us to address,” he said.