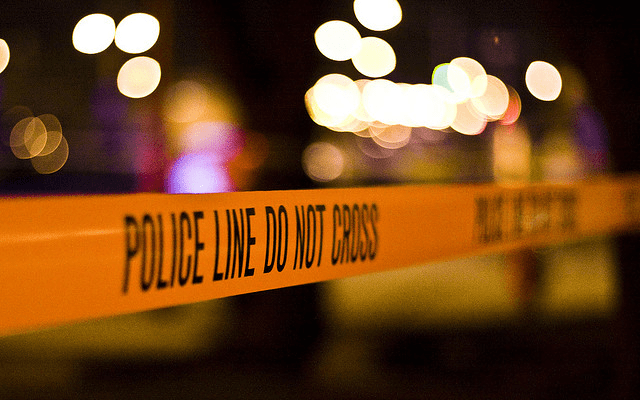 The year 2015 was when protestors for racial equality in policing made a big impact in Minnesota; the year in which issues ranging from police body-cams to prison overpopulation came to the fore.

To be sure, it was a landmark year for criminal justice issues in our state. Below are some of the biggest stories and themes of 2015 related to Minnesota and its justice system.

1. Racial disparities
Locally and nationally, 2015 was a landmark year for protesters like Black Lives Matter, who have taken a hard line against racial disparities in policing. Last month, activists assembled immediately after news broke that a Minneapolis police officer shot Jamar Clark, an unarmed black man, during an altercation. The group has continued to call for justice since the shooting, alleging the officers shot Clark while he was in handcuffs (a claim police dispute).

The issue of race in policing also came up earlier this year when the American Civil Liberties Union published data showing black and Native American residents are more likely to be cited for minor offenses than whites. Finally, in late December  — also in response to an ACLU data request — Metro Transit announced it would be taking immediate steps to curb dramatic racial disparities in enforcement from its officers.

2. The use of video
Police departments in Minneapolis and St. Paul both spent the year preparing to roll out officer body-cam programs, which proponents say would bring more transparency to the policing process. Minneapolis conducted a six-month pilot program starting last November, and though the launch date seems to keep fluctuating, we can expect to see officers wearing the cameras in 2016. The program has inspired plenty of debate, particularly about the public availability of the footage. Many believe filming citizens during some of their most vulnerable moments could be a breach of privacy.

Yet the conversation of video this year wasn’t limited to the body-cam debate. The rise of amateur footage during arrests has critically changed the way we understand civilian interactions with police. After the Jamar Clark shooting, for example, Black Lives Matter published video the group claimed showed Clark on the ground in handcuffs after the shooting. The courts also launched a pilot program this year allowing media to bring cameras into courtrooms, which has previously been barred in Minnesota.

3. Minnesota’s prison overpopulation problem
Minnesota doesn’t have enough space for its prisoners anymore. This summer, Sen. Ron Latz launched a new legislative task force designed to come up with solutions to the state’s inmate overpopulation problem. The issue promises to figure prominently into the 2016 legislative session. Currently, the state is about 500 inmates over capacity, and the Department of Corrections is housing prisoners in county jails as a temporary solution. Among the long-term fixes on the table: expanding a DOC facility in Rush City, reopening a private prison in Appleton and reforming the state’s drug laws, which have been significant drivers of the prison population.

4. A drug surge
Drugs are coming back big time in Minnesota. In the mid 2000s, the state (along with the rest of the country) saw a troubling increase in methamphetamine. The bubble burst in the mid 2000s after lawmakers took steps to address the production of the drug, such as putting pseudo-ephedrine and other ingredients behind the counter. But this year, according to the data, meth usage is once again skyrocketing, and experts say it’s now coming in from other countries rather being produced locally. And it’s not just meth. Heroin has also been on the rise, and prescription opioids are now responsible for more deaths than homicide in Minnesota.

5. Gun violence
In a six-day period in October, five people were shot to death in Minneapolis. All told, of the 65 homicides in Minneapolis and St. Paul so far this year, 49 involved firearms. These incidents and mass shootings across the country have fueled an ongoing discourse about gun laws, and cries from many for the Legislature to take action and make it harder for people to purchase firearms. Lawmakers like Tony Cornish say the problem isn’t guns — it’s mental illness. It’s possible the issue will once again come front and center at the Capitol next session, and if it does, we can expect a heated debate.

6. Jihad recruitment
In April, after a 10-month investigation, the feds arrested six Somali-Americans believed to be planning to leave the country to join ISIL, four in the Twin Cities and two in San Diego. According to the Star Tribune, Minnesota has produced more recruits to such jihadist groups than any other state in the country, putting a spotlight on Minnesota as ISIL wages war across the globe. The question of how — and why — these young men choose to leave the country to join up with these groups has haunted Twin Cities communities. And the phenomenon isn’t going away. Just this month, federal prosecutors filed charges against yet another young man believed to have been aiding ISIL from Minneapolis.

7. The right to protest
A few days before Christmas 2014, about 2,000 protestors gathered in the rotunda of the Mall of America to demonstrate against nonindictments in cases of officer-involved shootings, such as that in Ferguson, Missouri. Police arrested about 25 and many faced trespassing and other charges. The case led to a legal battle over the right to protest. Demonstrators argued they were exercising their First Amendment rights; prosecutors said the mall is private property and owners have the right to control such mass gatherings, which undoubtedly disrupted holiday shopping. In November, many of the charges were dropped. The issue came up again after the shooting of Clark, when protesters occupied the space outside the Minneapolis Fourth Precinct Police station for weeks. City leaders eventually called for the protesters to disburse, saying the occupation was disrupting the neighborhood and potentially impeding emergency response. Police eventually cleared the area and build a fence around the precinct. The incident once again brought the question to the forefront of public discourse: Where do citizens have the right to assemble?

The 7 biggest criminal justice stories of 2015