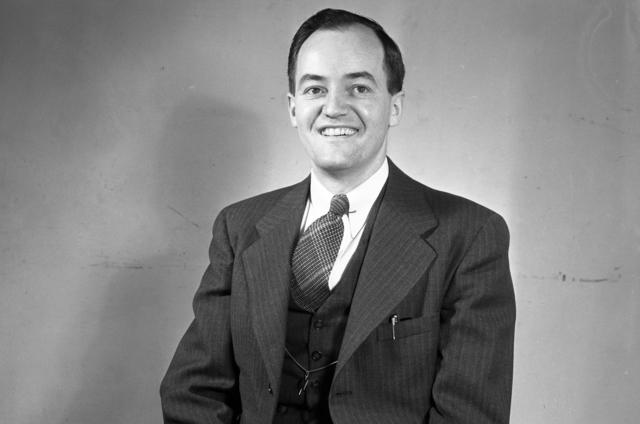 At 7 p.m. on Tuesday night, thousands of activists in both major political parties will gather at neighborhood meetings all across the state.

With the U.S. presidency at stake, the high-profile primary races will dominate the precinct caucuses this year, but these grass-roots conclaves have another less visible function: They help shape the organization of both political parties in Minnesota through the election of the DFL and Republican Party officers.

In the past, caucus battles in both parties have involved organizational issues as well as candidates and nominations. In 1948, the caucuses served as the battleground for a bitter fight between two competing factions for control of the newly formed Democratic Farmer Labor Party.

Four years earlier, a young activist named Hubert Humphrey, not yet a major political figure, helped create the DFL by orchestrating a merger of the Minnesota’s anemic Democratic Party with the state’s once-dominant Farmer-Labor Party. While ideological lines were somewhat blurred, at least initially, many former Farmer-Laborites were considered “left-wingers” while mainstream DFLers who gravitated toward Humphrey were identified as “right-wingers.”

But soon factional lines began to harden, threatening to split apart the infant DFL before the new political party organization had won its first election. Ideological differences within the party had intensified with the advent of the Cold War after the end of World War II.

In 1944, ideology had been a unifying factor when Humphrey and his followers promoted the merger of the two parties — known then as the “fusion.” That year, the U.S. Communist Party’s embrace of the Popular Front, a marriage of convenience with the Franklin Roosevelt administration, motivated party followers in Minnesota’s Farmer-Labor Party to support fusion with the Democrats. But the Popular Front was based on an alliance of leftists and the Roosevelt Democrats to combat fascism. With the defeat of Nazi Germany, the parties to the alliance no longer had a common enemy. Soon, the Harry Truman administration would use its Marshall Plan to pump billions of dollars of foreign aid into the war-weary Western European democracies in an effort to prop them up in the face of a growing Soviet menace.

Taking their cues from Moscow, Communist sympathizers in the U.S. came to oppose the Truman administration and its anti-Communist stance. In Minnesota, they provided the nucleus of the DFL’s left-wing faction.

In 1946, Humphrey, newly elected as mayor of Minneapolis, went to the state DFL convention hoping that the left-wing group was just one more faction that needed to be accommodated in the DFL’s “big tent.” But that did not happen.

Not the expected welcome

The Minneapolis mayor was scheduled to give the keynote address at the conclave held in a downtown St. Paul hotel. When he entered the convention hall, he did not receive the hero’s welcome that he had expected. Instead, he was met with boos, hisses and catcalls calling him a “fascist” and a “warmonger.”

“I had arrived at the convention recalling my central role and success at the 1944 fusion convention, self-satisfied as the leading elected DFLer in the state, and suddenly there were boos. I never got to make my speech,” Humphrey would later recall. 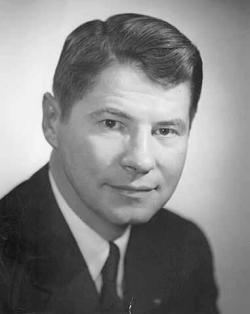 Soon, it was clear that the left-wingers had taken control of the convention. Humphrey and his supporters were frustrated and angry when they realized that they had been out-organized by their intra-party foes. The convention organizers had kept the statewide political meeting going late into Sunday when many delegates, particularly those from rural Minnesota, had left to attend to their farms and their businesses. The remaining hard-core left-wingers then voted to increase the size of the DFL executive committee, filling those party offices with their supporters. But the left wing was not able to capture all of the spots on the executive committee. The Humphrey faction was able to elect one of its own, a young ex-Marine named Orville Freeman, as party secretary. Freeman would use that post as a beachhead for the right wing as it began to prepare for a comeback two years later.

After the 1946 convention, Humphrey finally came to accept the fact that his consensus-building skills were not sufficient to heal the breach in the DFL. Now, without hesitation, he jumped into the fight to crush the left wing. “We had lost control,” Humphrey acknowledged. “The war was over. The Soviet Union has taken its stand against the United States. All the spirit of friendship and unity had vanished. The local comrades had switched their tactics from being loving, gentle, kind unifiers into being ornery, obstreperous, mean dividers and conquerors.”

After the DFL’s left-wing slate suffered a crushing defeat in the 1946 elections, Humphrey and his supporters were more determined than ever to gain control of the DFL party organization. By early 1947, Humphrey began escalating his attack on the DFL’s left. The mayor’s young aide, Arthur Naftalin, later elected mayor of Minneapolis in his own right, wrote in his weekly political newsletter, “Minnesota’s Communists were on the run this week following a sharp blast at them by Mayor Hubert Humphrey of Minneapolis.” Naftalin reported on Humphrey’s charge “that Communist party-lines were at work within the DFL and that they were making it impossible to build up the party into a decent, progressive movement. “According to Naftalin, “Humphrey called on all true Democrats and true Farmer-Laborites to join in removing all Communists and fellow travelers from positions of party leadership.”

The left-wingers responded with anger and hostility directed at Humphrey and his supporters. One anti-Humphrey leader condemned the Minneapolis mayor as “a man of Hitlerian psychology, surrounded by similar characters, most notably Freeman and Naftalin.”

Meanwhile, Humphrey and Naftalin moved to build support for their efforts by promoting a local affiliate of a new national organization, the Americans for Democratic Action (ADA), formed by Eleanor Roosevelt and other well- known Democratic figures to represent the non-Communist left in the U.S. In Minnesota, Orville Freeman and another young World War II veteran, Don Fraser, promoted the Humphrey cause within the ranks of a left-leaning veterans organization, the American Veterans Committee, formed as a counterweight to the more conservative American Legion.

As 1947 drew to a close, national political developments were reverberating in Minnesota. In December, former Vice President Henry Wallace announced that he had abandoned the Democratic Party and would run for president with the backing of his new organization, the Progressive Party. Former Minnesota Gov. Elmer Benson, a bitter Humphrey foe and a leader of the left-wing Popular Front group in the DFL, called on his followers to create a new state party in Minnesota as an affiliate of Wallace’s national Progressive Party.

Freeman, who would later become Minnesota’s first DFL governor, used his post as DFL party secretary to start organizing a parallel party group, outside the formal party structure, known as the “DFL Volunteers.” Its aim was to generate turnout for the right-wing forces at the 1948 precinct caucuses, scheduled for April 30. 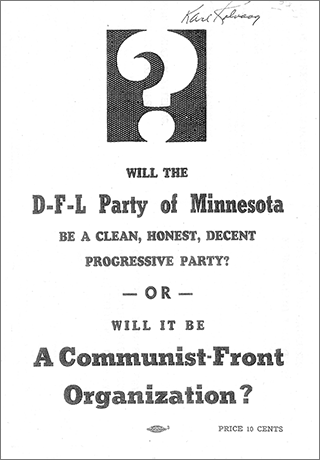 Courtesy of the Minnesota Historical Society

At these grassroots DFL meetings, attendees would select delegates to the next level in the party structure, the county conventions. Those activists, in turn, would select delegates to the state convention, where the DFL endorsed its candidates for statewide office and elected the officers who would operate the party organization for the next two years. The Humphrey-Freeman bloc knew that the caucuses represented the key to control of the entire DFL apparatus. Whichever faction turned out the most adherents on April 30 would win control of the DFL.

Freeman’s Volunteers group began holding training sessions on caucus procedures and rules, including a mock caucus held at sites throughout the state, where supporters had an opportunity to listen to a Humphrey pep talk on a closed-circuit radio broadcast.

That spring, Orville Freeman prepared a hard-hitting campaign broadside that explained why the precinct caucuses were so important. He confronted the issue of Communist influence directly, declaring: “Will the D-F-L Party of Minnesota BE A CLEAN HONEST, DECENT PROGRESSIVE PARTY? OR WILL IT BE a Communist-Front Organization?”

Freeman provided a primer on the precinct caucus system for his supporters. He explained that “the precinct caucus is the beginning point in the process out of which comes the leadership and direction of the Party, both state and national.” He noted that few if any party adherents had bothered to attend the DFL meetings in the past. With a low turnout at the caucuses, they provide “an ideal opening for infiltration by a small, well-disciplined group.”

“Here is what you must do,” Freeman told his right-wing followers: “Set aside the evening of Friday, April 30 for the precinct caucus. Please give it the whole evening from 7 PM to midnight or later, because DELAY is a typical Communist tactic and we must be prepared to outlast them.”

A furious wrangle over procedures

During the countdown to April 30, both DFL factions engaged in a furious wrangle over caucus procedures that further inflamed political passions. The Humphrey faction, which controlled a statewide steering committee that oversaw convention procedures, issued an order stating that adherents of Henry Wallace’s Progressive Party had disqualified themselves from participating in DFL party affairs.

In Hennepin County, the Humphrey forces succeeded in deposing the left-wing Cyrus Barnum from his post of DFL county chairman. Then, the newly installed right-wing chairman, Lester Covey, issued a directive calling for precinct caucuses to be held at a common location within each ward, rather than at more dispersed locations in each precinct, as Barnum had intended.

Furious at this move, Barnum challenged the authority of the right-wing-controlled steering committee to replace him and went ahead with his own plan to hold the caucuses in the individual precincts. As a result, each faction held its own caucuses on April 30 and each claimed that it, rather than the other side, was the legitimate agent of the DFL party.

On caucus night, the Humphrey forces were able to generate a huge turnout for their caucuses but Barnum cried foul, claiming that right-wing meetings were illegal. Through the spring and into the summer, Barnum and his fellow left-wingers, outmaneuvered by the Humphrey forces, continued without success to challenge the legitimacy of the DFL Party process as they found themselves losing control of the state party organization.

When the 1948 DFL state convention convened in June in Brainerd, the left-wingers, knowing that they were outnumbered, staged a walkout and reconvened in Minneapolis, where they held their own rump convention and voted to support Henry Wallace’s presidential candidacy.

In Brainerd, the right-wing forces, now firmly in control of the DFL, hailed Humphrey as a conquering hero and enthusiastically endorsed him as the party’s candidate for the U.S. Senate in the upcoming November election.

In 1948, Hubert Humphrey and the Democratic Farmer Labor Party were clearly at a turning point. Had Humphrey’s left-wing foes prevailed that year, his career most likely would have been shortcircuited and his party would have come apart at the seams, undoing the fusion that had occurred only four years earlier. But Humphrey’s faction prevailed, putting him on a path that took him almost, but not quite, to the presidency 20 years later.

On March 1 this year the DFL caucuses will be a battleground once again as supporters of Hillary Clinton vie with Sen. Bernie Sanders’ followers for support. But this year, unlike 1948, the future the 72-year-old DFL Party is not at stake.