He is fluent in both “developer” and “neighborhood activist.” As such, the Minneapolis consultant is in a good position to act as an interpreter in the often fractious negotiations between the two, something he writes about in his recent book “How Real Estate Developers Think: Designs, Profits and Community.”

Brown recently has worked with the city of Minneapois on high-profile projects such as the Nicollet Mall renovation, Peavey Plaza and the design process for East Commons park near the new Vikings stadium. But he also acts as an “owner’s representative” on private projects.

“Most people have a hard time seeing change as positive,” Brown said during a forum last month at the University of Minnesota’s Humphrey School of Public Affairs. “And who brings us change? Real estate developers.”

But the fear of change — and the tendency to move quickly toward blanket opposition — often results in activists not getting the best outcome from their interaction.

One motivation for writing his book, Brown said, was to demystify the process, to “put flesh on the bones” of developers so that those who interact with them can figure out how to work with them. The alternative is to fight uphill battles against developers who have a right to build under law and code (he quotes one developer who frequently says “that piece of land is not zoned ‘vacant’ “) and against trends that forecast continued development in cities across the nation.

“We can’t wish it away, and we can’t pull up the drawbridge,” Brown said.

But he acknowledges that developers don’t have a pristine reputation. When teaching a class on real estate development at the Humphrey School, he invites students to shout out the terms that come to mind when they hear “real estate developer.”

The response flows so quickly that he has trouble writing them down: rip-off artists, greedy, bloodsuckers, rich white men, devils. Only after their contempt is spent does someone nervously offer terms like entrepreneur, visionary and risk taker.

Whichever way people describe developers, Brown thinks the subjects of his book are vital to the growth of cities. As he writes, “throughout the history of the United States, where the great majority of land is privately owned, the buildings that make up American cities have been planned, designed and built almost entirely by developers, using private capital, one project at a time.”

Brown’s advice to those who hope to influence development in their cities and neighborhoods: Focus on what aspects of a proposed development are actually changeable.

Instead, Brown advises neighbors, planners and politicians to keep in mind the Serenity Prayer: “Accept the things they cannot change, identify those things that can be changed and develop the wisdom to know the difference.”

For example, “Instead of insisting that the developer use brick when the metal panels they are proposing are allowed by the code, focus your comments on the quality of the panels and the pattern, colors and detail.” 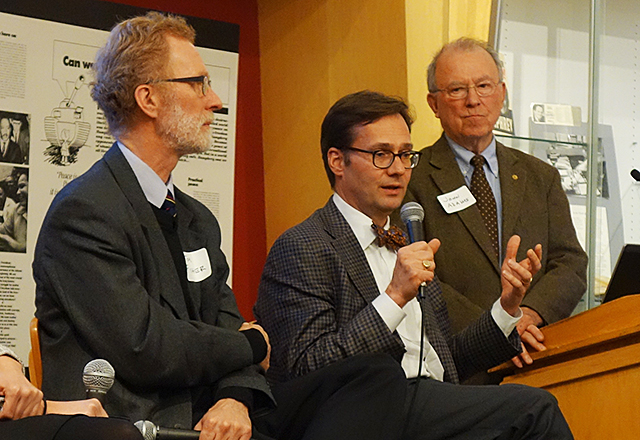 Brown has been on both sides of the table. His work with developers has seen him representing their interests to neighborhood groups and politicians, but his time volunteering on Minneapolis’ North Loop Neighborhood Association has seen him questioning developers about their intentions for his neighborhood. Sometimes, he said, he wore both hats on the same day.

Brown’s path to intermediary wasn’t a direct one. He was an architect in Philadelphia for 12 years before returning to school at age 37 to study urban planning, and worked in local government planning offices. After moving to Minneapolis, he figured he was in a good position to be a consultant to developers.

“How different could it be?” he asked. “It’s completely different, it turns out. I didn’t know what I was doing. I thought, ‘Gosh, I’d been working on buildings for 15 or 20 years and the way these people make decisions — their motivations, their priorities, how they speed up, how they slow down, go right, go left.’

“I thought, either they’re insane or there’s a method to their madness and maybe I can figure that out,” Brown said. Developers don’t go to developer school, for example, and often come to the work from various backgrounds — architecture, planning, real estate, construction. There’s no government certification or license for developers.

During the panel discussion at Humphrey, Tom Fisher, who heads the Metropolitan Design Center, lamented that universities don’t do a better job embracing development as a profession.

Brown explains development through the eyes of a batch of longtime developers in Boston, Miami and Portland. He dives into the source of conflict, that “a real estate development is a private enterprise that is acted out on a very public stage.”

“A real estate development is a business venture financed by private investors and lenders who take serious risks with the objective of earning significant profits,” he continues. Developers, therefore, are reluctant to give the public too much influence on the factors that determine the ultimate profits: costs, design and marketability.

“On the other hand, development affects everything from home values and views to the use and enjoyment of public streets, so members of the community feel they should play a stronger role in shaping projects.” 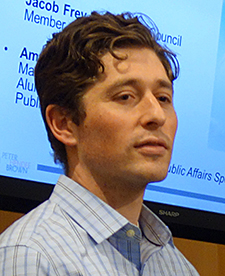 In the middle are city officials — both elected and appointed — who have their own motivations and desires. Minneapolis Council Member Jacob Frey, who represents the city ward where half of the city’s construction activity is located, also joined the panel discussion. He said his own strategy was confirmed by Brown’s book.

“Don’t say ‘No.’ Don’t say ‘Yes.’ Say, ‘Yes, but,’ ” Frey said. He suggests identifying four or five aspects of the project that, if altered, will make it better. “Ultimately you come to an end result that is far better than if you had rejected it or if you had blindly accepted it.”

Still, proposed developments are often met with suspicion and even opposition. “The only thing people hate more than the status quo is any change at all,” he joked.

Neighbors, planners and politicians have a wedge to push for changes if a developer needs a variance from existing zoning and code. Such a variance might be needed to exceed height limits or set-back requirements. But Brown cited a story from Evanston, Illinois, as a way of warning against overplaying that hand. There, a developer in need of some variances redesigned a building to make a project less burdensome on views of neighbors. When they still opposed, the developer built “as-of-right,” that is as much as the zoning would allow.

“If the neighbors had only been able to see the project from the developer’s viewpoint, they may have realized that taking an absolute position — opposition — was a risky strategy and that was not necessarily in their own best interests,” Brown wrote.

Later, he notes that developers tend to be thick skinned and “won’t be going away after one hostile meeting. 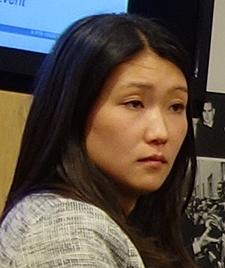 “Remember, he knows his rights, and … he may be low on the ‘agreeableness’ trait so it is hard to hurt his feelings,” Brown wrote.

Amanda Janzen, a project manager for Twin Cities development company Schafer Richardson, said sometimes development decisions are driven by those who are financing a project. A developer might be willing to build a project with less parking, she said. Banks, however, often want more parking for fear that less could restrict sales or leasing. Brown said the people financing a development usually have more interest in the interiors than the exteriors. The interiors — size, design, utility — are what command the prices and rents that determine profitability.

Exteriors? That’s where neighbors and politicians focus more of their eyes because that’s what they will see everyday. “The developer has to figure out a way to have the inside and the outside come together in something that works for everybody,” Brown said.