A proposed law speeding through the Minnesota Legislature that would dramatically increase the ability of celebrities to restrict the unauthorized use of their image  – and would automatically pass that right along to their heirs – could result in unnecessary litigation and unanticipated limitations on free expression, according to critics.

Minnesota’s SF3609, dubbed the Personal Rights in Names Can Endure (PRINCE) Act, creates a statutory property right “in a person’s name, voice, signature, photograph, or likeness.” After a person’s death, that right is passed on to heirs for a minimum of 50 years, and for an indefinite period afterwards so long as they continue to enforce that right.

Proponents of the legislation — including the law firm Stinson Leonard Street, which represents Bremer Trust, the special administrator of Prince’s estate — argue that immediate action is required to protect the late pop legend’s legacy and clarify 2016 tax issues for Prince’s heirs.

But for opponents, the race to pass legislation is a gratuitous attempt to capitalize on the goodwill that Minnesotans feel toward Prince, who died at his home in Chanhassen on April 21. Experts in the field of media law, as well as attorneys who represent artists and other creative clients, are concerned that litigious rights holders will take advantage of the new law to chill media coverage and stifle artistic representation.

Hulk Hogan was awarded $140 million in a lawsuit against Gawker Media in Florida, partly on right of publicity grounds, when the website failed to convince a jury that its intentions in covering the wrestler’s sex tape were journalistic rather than commercially motivated. Video game creators have also faced publicity rights claims in recent years from Lindsay Lohan, Rutgers University quarterback Ryan Hart, and the estates of Manuel Noriega and General George S. Patton.

“These laws are supposed to be a remedy for the unjust use of a person’s name or likeness in advertising,” says Dave Heller, Deputy Director of the Media Law Resource Center in New York City. “But over the past decade or so, there have been numerous lawsuits over expressive works, such as video games, greeting cards, works of art, movies, television cartoons, comic books, and commemorative ads.”

Unlike copyright, trademark, or patent laws, which are regulated at a federal level, right of publicity laws vary from state to state. Though Minnesota has no written law, its courts already protect a living person’s right of publicity. But with the passage of the PRINCE Act, Minnesota would join fifteen states with statutes that transform a common law protection of an individual’s privacy to a form of intellectual property.

One of those states is California, which is chock full of celebrities, and, not coincidentally, has a statute that zealously guards their publicity rights. The language in the proposed Minnesota law is nearly identical to California’s.

Among other things, opponents of the PRINCE Act argue that it’s unnecessary. “Existing intellectual property law would most likely address most of the legitimate concerns about Prince,” says Jane Kirtley, Director of the Silha Center for the Study of Media Ethics and Law at the University of Minnesota.

Prince’s music will be protected by copyright until 2086, and identifiable representations, such as his idiosyncratic androgynous glyph, are protected by trademarks that are renewable so long as the holder continues to use them.

Broad enough ‘to drive a truck through’

So what purpose does a right of publicity law serve then? “This law is essentially a cash grab for attorneys,” says attorney Blake Iverson, a partner at Friedman Iverson, a boutique Minneapolis firm that represents creative clients.

Iverson is particularly troubled by a provision in the statute permitting successful litigants to collect attorney fees from anyone found liable for infringement. 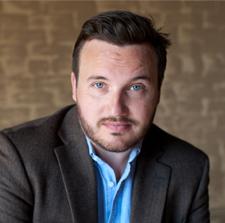 Another problem with law, says Iverson, is that the rights the law grants to a person’s likeness – a term the statute leaves undefined – are overly broad. Attorneys for Prince’s heirs might respond defensively to every purple coat; Garrison Keillor’s legal team might keep an eye peeled for every pair of red shoes.

“The way it’s written, the law is broad enough to drive a truck through,” says Iverson. “If someone wants to throw a Prince dance party, they can expect a cease and desist letter from an attorney.”

Though on its face the bill protect only commercial use, critics of the bill are unimpressed with the fair use exceptions for media coverage and artistic representation. “Celebrities can and will use right of publicity laws to try to stop reporting about things that they want to keep secret, even if those things might arguably be matters of public interest,” Kirtley says.

Journalists and artists acting within fair use exceptions still often find themselves defending against lawsuits, according to Kirtley. “A publisher may be embroiled in expensive litigation for years, and even if it wins in the end, will have lost a lot of money in the process,” she says. “Most users won’t have those kinds of resources, so will be chilled from engaging in this kind of speech.”

With these concerns in mind, opponents are startled and disturbed by the speed with which the Minnesota legislature – which, as Iverson tartly notes, has yet to pass a bonding bill – is addressing the  right of publicity statute.

In order to pass the bill before the legislature adjourns for the summer, proponents of SF3609 have sought special committee clearance to speed it along.

The PRINCE Act has already gotten a green light from a House committee, and the Senate is expected to follow suit this week.

Keith Harris is a writer and attorney who lives in Minneapolis.