Like a zombie in a horror film, the #NeverTrump movement in the Republican party — seeking to deny the controversial New York businessman the GOP presidential nomination through various procedural tricks — never really could be killed, no matter how many times the GOP establishment and the Trump campaign has tried.

But on Monday, the Republican National Convention appeared to deliver the proverbial, zombie-finishing shotgun blast to the head — in the form of a voice vote that shut down any procedural shenanigans to resist Trump. (Or did it? Mother Jones has a look at a quixotic #NeverTrump last stand planned for Tuesday.)

The Minnesota delegation considered this state of affairs from the back corner of the floor of the Quicken Loans Arena, far from the main stage. It was an assignment that not a few Minnesotans suspected was retribution for the North Star State’s resistance to Trump: there are very few true Trump supporters in the delegation, and the state was the site of one of Trump’s worst showings in the primary process.

Within the Minnesota delegation, some GOP grassroots activists were resigned to Trump, but unhappy, and concerned that they’ve been shut out of a political process.

The question now is, can conservatives warm up to a man who, at times, says what they want to hear, but who they don’t completely trust?

On Monday evening, in the back row of the Minnesota delegation’s seating area, Andy Aplikowski surveyed the convention floor, sporting a “Never Trump” pin on his lapel along with his delegate credentials.

Aplikowski is a delegate for Texas Sen. Ted Cruz, and a staunch conservative. He ran this year for the Minnesota Senate in a special election in District 35 (he won the Republican endorsement for the district but lost in a primary to Sen. Jim Abeler, who went on to win the election), and served as a Minnesota representative on the RNC platform committee.

He spoke to MinnPost hours after the convention passed the rules by voice vote, effectively blocking any procedural measure like a “conscience clause” to unbind delegates from the candidates they are supposed to support.

This angered conservatives, who pushed for a roll call to at least have each delegate on record, even if any movement to stop Trump would have almost certainly failed.

Delegates from several states, including Minnesota, signed a petition that would have forced the convention to vote on the rules package in a roll call, but the Trump campaign and GOP brass shut it down during a furious whipping effort. 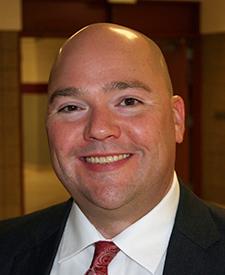 “After what happened earlier today, a lot of us feel like we’re cardboard cutouts at this point,” Aplikowski said, referring to conservative activists. “Some of us just wanted a simple roll call, the ability to say yes or no.”

He suggested that Minnesota would have been unofficially sanctioned by the national party if they had successfully gone through with any disruptive procedural motion.

“We were kinda nudged this morning that if we did what we wanted to do, there’d be consequences,” Aplikowski said, saying the message was relayed from the national officials to the delegation.

For him and others, what happened on the floor of the RNC was just the latest installment of a primary process — and a Trump presidential campaign — that has consistently strong-armed and shut out grassroots conservatives.

Mandy Heffron, a Cruz delegate and chair of the Morrison County GOP, was one of the pro-roll call signatures, and was disappointed with what happened. “I thought it offered more transparency and gave an opportunity for people to really show what they were voting for instead of a voice vote,” she said.

“If we didn’t have so much money on the line and we weren’t hooked on the hotel, we might be leaving right now.”

Most members of the Minnesota RNC delegation came to terms with Trump as the nominee some time ago, even if he wasn’t their first choice.

That acceptance process was still ongoing for the most hard-line Trump dissenters on the convention floor Monday. 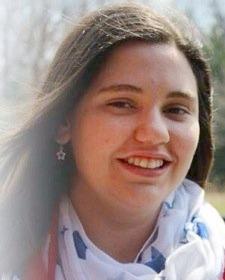 “Do conservatives still wish it wasn’t Trump? I think probably about half of them do,” Heffron said. “I’ve talked to people who say we need to unite and come together as a party, but we’re really disappointed not to have a strong conservative.”

Count Adam Gilbertson, a delegate for Florida Sen. Marco Rubio from Lakeville, as one of those people. “He’s the nominee at this point,” he said. “The effort was made and it clearly didn’t pass. At this point, we’ve got to get behind our nominee and move forward.”

“I don’t like how it went today, but we also have a decision to make, and tonight’s making it clear what we’re up against in the country,” he said, referring to the night’s speeches spotlighting presumptive Democratic nominee Hillary Clinton, particularly her alleged role in the 2012 Benghazi attack.

Though they harbor a deep antipathy toward Clinton, some Minnesota conservatives remain wary of Trump. “Donald Trump doesn’t speak for me,” Aplikowski said. “He may be our candidate, I respect the process, I just disagree with the outcome.”

Aplikowski said that when Trump has been pressed on policy, he’s reverted to what he called “New York liberal” positions, citing his initial support of banning those on the no-fly list from purchasing firearms.

“He hasn’t been pressed, the few times he’s been pressed, he flipped,” Aplikowski said. “Once he’s in there, commander-in-chief, is he really gonna do these things? I hope he’s gonna surround himself with good people. But the off-the-cuff stuff, that’s what some of us worry about. What is the real Donald Trump?”

This year, Republicans passed one of the more conservative platforms in recent memory. It reflected how Trump has shifted the GOP base on some issues — like free trade — but also has red meat for people who backed candidates like Cruz: among other things, the platform calls for teaching Bible classes in public schools, and auditing the Federal Reserve. 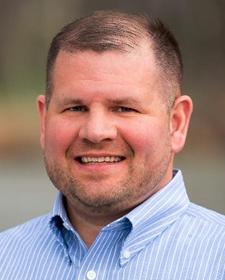 Gilbertson said it was going to be up to activists to apply pressure to Trump to stick to conservative principles. “If he wins, he’ll be a Republican president, but there’s a responsibility from the grassroots and our elected officials to continue to apply pressure about ensuring that he’s governing from a conservative viewpoint,” he said.

Trump’s selection of Indiana Gov. Mike Pence — a born-again Christian who is well-liked among party activists — is an encouraging sign he wants to have conservatives as meaningful partners, Gilbertson said.

Aplikowski said he wants to believe, but his memory of another candidate from the past — a man held up as a precursor to Trump — makes him just too wary.

“Coming from Minnesota, someone who felt great with Jesse Ventura, a guy who said a lot of things that people like to hear and did none of them — I’ve seen this before,” he said.

“I can spot the con man, and that’s what I’m afraid is going to happen to us.”