In mid-August, after negotiations over whether to call a special session of the Minnesota Legislature broke down, Kurt Daudt came out swinging.

The Republican Speaker of the Minnesota House emerged from a closed-door meeting with DFL Gov. Mark Dayton and Senate Democrats and blamed them for the impasse. Democrats wanted a deal to fund the state’s share of the 14.5-mile Southwest Light Rail Line in Minneapolis before they agreed to deal with a bonding bill, tax bill and package of transportation projects that failed to pass during regular session. But Daudt wouldn’t agree to any deal that included the light rail project, which he said is unpopular across the state.

“Minnesotans can see very clearly why we’re not getting $700 million in road and bridge money and $550 million worth of tax relief, and it’s because the governor and metro Democrats aren’t getting Southwest light rail, period,” Daudt said. “I’m not the one walking away from the table right now.”

The light rail issue, Daudt added, will be tough for Democrats to defend on the campaign trail this fall, when all 201 House and Senate seats are on the ballot.

Some Republicans are counting on it.

Two months from election day, the issue is emerging as a top talking point in Republican legislative campaigns, with GOP candidates likening it to the Senate Office Building, a project they made into a central theme of the 2014 race. The $90 million building, inserted into the 2013 tax bill by a DFL-controlled Legislature, was used by House Republicans as the symbol of what they said were rampant tax-and-spend liberal policies in St. Paul. They sent out mailers and did radio and television spots calling it a “luxury” office building. By most accounts, it worked: Republicans picked up 11 seats in 2014 and won back the majority in the House.

With the party trying to maintain its House majority and pick up Republican seats in the Senate this fall, GOP operatives think Southwest Light Rail could have a similar effect, particularly in battleground seats in Greater Minnesota.

“It’s really representative of what one party control could lead to,” said John Rouleau, an operative with Minnesota Jobs Coalition, a conservative-aligned outside campaign spending group. “It’s similar to the office building in that sense. When the DFL was in control they wasted money, the metro was prioritized and the rural area was left behind. It’s representative of an overarching message, the fact that 14 miles of a train to them was more important than the largest influx of money into roads and bridges in a very long time.”

It’s also an issue both sides have done polling on, though no one wants to reveal exactly what their research says. In broad terms, Republicans say polling shows voters think Democrats and Dayton overplayed their hand on Southwest LRT, squandering road and bridge funding over the project. Democrats say their research shows that the Republican messaging on light rail doesn’t overcome the glaring fact that they campaigned in 2014 on passing a long-term transportation funding — and failed to get anything done. 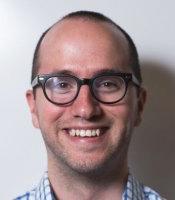 “We don’t think the average Minnesotan is interested in assigning blame for a legislative negotiation,” said Joe Davis, executive director of Alliance for a Better Minnesota, a campaign spending group that’s aligned with the DFL. “[Republicans] campaigned on fixing roads and bridges and they couldn’t deliver on it.”

Democrats also say their research shows Minnesotans don’t equate light rail funding with projects like the Senate Office Building. In particular, light rail would have been paid for by metro-area residents, not taxpayers across the state.

Early proposals aimed to fund the state’s $135 million share of the $1.85 billion Southwest LRT project through a metro-area sales tax increase, a measure that was linked to a broader package of road and bridge funding. But talks over a long-term transportation funding solution broke down, and a one-time transportation deal blew up in the final minutes of session — over whether or not light rail was included. Finally, just last week, the Metropolitan Council, the Counties Transit Improvement Board and the Hennepin County Board voted to make legal commitments to cover the state’s share of the funding. That allows them to move ahead and apply for federal funding for the project, even without a special session.

“With the office building, they made the case that everyone was paying for it. You can’t really make that case with this situation,” said Zach Rodvold, who works for the House DFL caucus. “The options on the table were all local funding options, Hennepin County and the metro area. That’s where I think they are trying to connect the dots they can’t connect.” 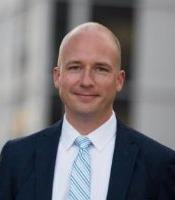 “Campaigning on gridlock seems to be their whole campaign strategy, and that’s not a very good idea,” Rodvold added. “Send us back and you’ll get two more years of this? I don’t think that’s a good message for most people.”

But both sides agree on one thing: They don’t know where light rail and issue-focused campaigns fit into a presidential election year. As a general rule, local issues and candidates have a harder time rising above the noise of a presidential race, but that’s especially true in 2016, with the race between Donald Trump and Hillary Clinton proving particularly distracting for voters. What’s more, there’s no statewide race on the ballot this year helping to focus local elections on local issues.

“I think there’s less oxygen and less time available for people to be thinking about politics,” Davis said. “Even during a non-presidential year, once you really get into a process and the details or passing blame for how things went, people start to tune that out. The main takeaway is that people are much more concerned with getting something done.”

Could Southwest Light Rail decide who controls the Minnesota Legislature?