The chair of the Minnesota Ballpark Authority — the five-member board that oversees Target Field — said she will meet with state officials next week to review the use of an authority-controlled suite at the stadium.

And while Margaret Anderson Kelliher said she will await that conversation before making any decisions, she thinks the authority’s suite-use policy will likely change in two significant ways: family and friends of commissioners will have to pay for their own tickets, and the offering of the suite to charities will increase.

Anderson Kelliher’s comments come after a special audit Legislative Auditor James Nobles released this week about the way a similar stadium board, the Minnesota Sports Facilities Authority, has used the two suites it controls at U.S. Bank Stadium, the Vikings’ stadium. The audit chastised the executive director and members of the MSFA for what it termed violations of a “core ethical principle” that public officials should not use their positions to obtain personal benefits.

Anderson Kelliher, a former speaker of the Minnesota House, said she would bring Dan Kenney, the ballpark authority’s executive director, and its legal counsel to meet with Nobles. “We’ll review our current policy, review the report and look at how we update our policy in light of the legislative auditor’s report,” she said Thursday.

Anderson Kelliher expects to call a special meeting of the ballpark authority to adopt any changes before the Twins open the 2017 season.

The ballpark authority’s suite is attached to the authority’s offices in the right field corner of the stadium. Both are provided at no cost to the authority and, according to an agreement, the suite was furnished “to the same level as provided to other suite holders.” Currently, each of the five commissioners is given the use of the entire suite for nine games per season. That includes 16 tickets to the suite and five parking passes, plus four additional suite passes to allow fans who purchased their own tickets to a game to visit the suite. 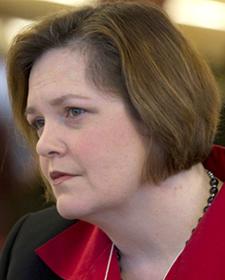 In the past, Anderson Kelliher and other board members have defended commissioners’ use of the suite by saying it allowed them to observe how the stadium operates during game conditions. That’s still the case, she said. But the ballpark authority has no role in marketing the stadium, as the MSFA does with U.S. Bank Stadium, so it has no reason to host vendors, advertisers or promoters. Board members have reported that most of their tickets were shared with family and friends, though some have said they donate tickets to charity auctions. There is also a formal process by which charities can apply to win use of the suite as a fundraising tool.

In the past, the ballpark authority’s suite was offered to charities for 20-25 Twins games per year, and Anderson Kelliher said she expects that will happen more frequently under the new policies. “I believe that charity use is probably going to increase” based on the audit, she said. “We believe that’s an important public purpose, to let charities have access and for Minnesotans involved in the good work and who might not normally have access.”

In an interview Thursday, Nobles said that while the special audit was focused on the new Vikings stadium, he expects the issue will next involve Target Field and other publicly funded facilities. “As the issue evolves around to them, and I’m sure it will, legislators and others will want to know what is the public purpose for needing the suite and are they abiding by it,” Nobles said. “The situation with U.S. Bank simply opened up a lot of issues that will first be dealt with with U.S. Bank Stadium, but will come around to a lot of other venues supported and built with public funds.” 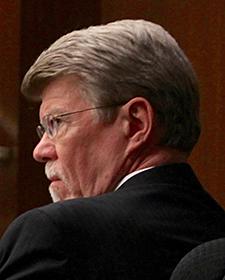 The legislative audit released Thursday focused on the use of two luxury suites at U.S. Bank Stadium by MSFA board members and staff. The suites were provided to the MSFA under the lease negotiated with the Vikings and mimicked an arrangement at the old Metrodome.

A series of Star Tribune reports showed that there were few rules and no record keeping for the use of the suites. It also revealed that the suites had been used to host not only people who might be considering renting the stadium for events, but for MSFA staff and board members family and friends as well as for hosting public officials.

The audit found that the use of the suites did not violate state laws that prohibit the use of official positions to secure benefits for the employee or his or her immediate family. (The authority isn’t covered by that law because it is neither a state agency nor a local government, the audit concluded.) But the report did conclude that uses of the suite “violated a core ethical principle” and recommended that the Legislature enact a law governing the use of tickets to events at the stadium.

MSFA Chair Michele Kelm-Helgen told the auditor that the authority’s use of its suites followed a practice established with the Metrodome and at other public sports facilities in the region. While there is no suite available at the City of Minneapolis-owned Target Center, the baseball authority has had a suite at Target Field since the stadium opened in 2010. 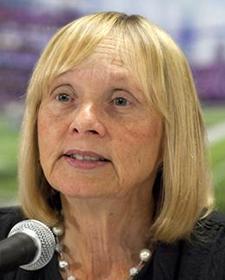 “In our opinion,” the audit stated, “all public officials and employees should be required to use their positions and public resources only for a public purpose.”

The audit also concluded that while there could be other legitimate “public purposes” for distributing free tickets, one was for marketing a facility — something the MFSA has a role in but that the Minnesota Ballpark Authority does not, as Target Field is operated by the Minnesota Twins.

While the bulk of the audit report focused on the fact set presented by the MSFA, some of the conclusions would apply to the ballpark authority as well.

As with the MSFA, the Code of Conduct for Employees in the Executive Branch does not apply to the Minnesota Ballpark Authority, so no law was violated in the usage of the Target Field suite. “However, we believe the commissioner and executive director violated a core ethical principle, which the Code contains,” the audit stated. “The Code prohibits public officials and employees from using their public position to obtain personal benefits.”

And given that MSFA policy no longer permits commissioners and staff to provide free tickets to family and friends, “The same principle should apply [to Target Field], absent some other authorization in law,” Nobles said Thursday.

As for assessing game-day operations, the reason ballpark authority has cited for having the suite, Nobles said: “If you really want to know how is this building operating for the people, you don’t sit event after event in a luxury suite.” 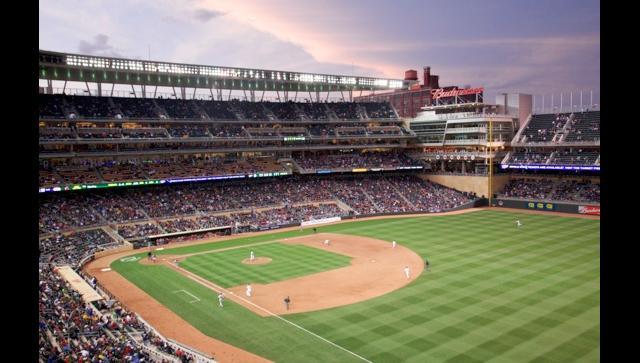 Finally, Nobles said he will tell the ballpark authority that they need to keep records of how the suite at Target Field is used and by whom. A Data Practices Act request by MinnPost in 2015 showed that the formal charity uses were recorded, but that records of those who watched games as guests of commissioners were rarely kept.

Anderson Kelliher and James Campbell were appointed by Hennepin County commissioners; Williams and Ybarra by the governor; and Joan Campbell by the Minneapolis City Council.