By now, plenty of people have been greeted by a sign at the Minneapolis-St. Paul International Airport with a startling message: In January of 2018, driver’s licenses in a handful of states won’t pass muster to get through security and board an airplane.

Over the weekend, those who made their way to the airport were greeted by something else: Republican and Democratic legislators holding dueling press conferences, with both sides seeking to deflect the blame for the fact that Minnesota remains on that list.

The truth is, legislators from both parties in Minnesota have had a long and complicated relationship with the federal government’s Real ID Act, which requires certain minimum security standards for driver’s licenses to enter things like military bases and, yes, travel by air.

After more than a decade of back and forth with the federal government and years of wrangling at the Legislature, lawmakers now say it’s time — finally — for the state to get its act together on Real ID.

Will it? Can it? To answer those questions (and more) here’s an updated breakdown of how Minnesota got here — and what could happen next:

What exactly is the Real ID Act?
In the wake of the 9/11 terrorist attacks, the federal government turned its attention to the security of driver’s licenses, the preferred form of identification used for travel. In 2005, Congress passed the Real ID Act, which required new, enhanced IDs with minimum security standards in each state. It also aimed to create uniformity, as many states had their own, often differing standards for identification.

Minnesota Driver and Vehicle Services
An example of a Minnesota driver’s license, above, and an
enhanced ID, below.

The enhanced IDs don’t look very different from current Minnesota licenses, save for a few new federally approved markings. But what’s required to get one of the new IDs is different: verified proof of birth, residence, Social Security numbers and lawful citizenship status.

More important: As part of the Real ID Act, certain federal agencies, like military bases, were prohibited from accepting any identification that does not meet those standards. Among those agencies is the Transportation Security Administration (TSA), which uses the IDs to verify passengers boarding commercial flights.

Wait, Congress passed the law more than a decade ago. Why are we talking about this now, again?

After postponing full implementation over the course of several years, the federal government went state by state to get each to comply with the act or get an extension — but not Minnesota.

That’s because in 2009, state legislators passed a law that prohibited the commissioner of the Department of Public Safety (DPS) from “taking any action to implement or to plan for the implementation” of the Real ID Act. Basically, it tied the department’s hands from acting or even talking about Real ID.

At the time, lawmakers had concerns about data privacy because the act gave the head of the Department of Homeland Security power to expand license data collection whenever they deemed appropriate. The bill passed with near-unanimous support in the Minnesota Legislature and was signed by then Gov. Tim Pawlenty.

But in 2015, the federal government was putting more pressure on states to comply, and Minnesota lawmakers said it was time to figure out a solution. After failed attempts to come back for a special session in late 2015, Minnesota legislators passed a bill during the 2016 session that lifted the gag rule on Real ID, with intention to let DPS officials start talking to the federal government. It was their intention to pass a second bill at the end of session that would lift the implementation ban and also comply with federal standards. That would likely grant Minnesotans another extension to get enhanced IDs. Some states have until October of 2020 before residents need enhanced IDs.

But the Republican-controlled House and DFL-led Senate had different ideas about what should be included in the bill. The House bill complied with federal Real ID standards, but it also specifically barred undocumented immigrants from getting driver’s licenses. The Senate bill didn’t address the subject of immigrant licenses, and Democrats refused to pass a proposal that would keep certain immigrants from getting a license. Lawmakers ran out of time to find a solution before session adjourned in 2016.

Luckily for legislators, federal officials announced that travelers would have until Jan. 22, 2018, before TSA would require enhanced IDs for air travel.

But that deadline is fast approaching.

So, given all the time’s that passed, legislators must have figured out a solution by now, right?

Not exactly. The Legislature starting working on compliance right after the 2017 session convened in January, but things got complicated pretty quickly. 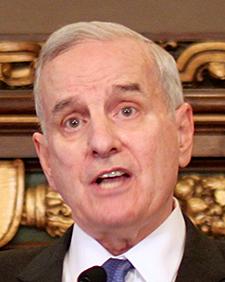 The House passed a Real ID compliance bill off the floor in February that also makes it a law, instead of a rule, that DPS cannot issue licenses to undocumented immigrants. DFL Gov. Mark Dayton said he wants the state to go in the opposite direction, passing a law to specifically allow DPS to issue driver’s licenses to people who are in the country illegally.

“If we were willing to allow them to get the training necessary, the insurance necessary to be better drivers, safer drivers, for the sake of the people on the highways, I think we would be a better state for it,” Dayton said.

Republicans now in control of the Senate countered with a bill that did not address the issue of licenses for undocumented immigrants at all (though Democrats say there’s language implying something similar to the House provision in the Senate bill). Dayton urged Democrats to require licenses for undocumented immigrants in exchange for their votes on the Senate version of the bill. Democrats are now in the minority but they still have a lot of leverage: Republicans only have a one-vote majority in the upper chamber.

When Senate Republicans brought their bill to the floor in early March, it was defeated. Every Democratic senator voted against it, as did five Republicans, who are still concerned about the data privacy aspects of Real ID.

So does that mean they’re not going to fix it this session?

The Senate vote was a setback, but it’s not the last chance for legislators to tackle the issue. Legislators are facing a May 22 adjournment deadline to figure out a solution. 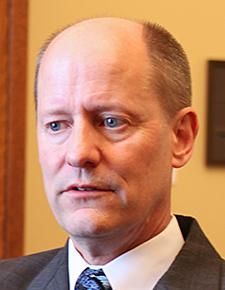 Senate Majority Leader Paul Gazelka is regrouping with DFL senators to try to work up some kind of a compromise. For Democrats, the bigger problem is even if the Senate passed a “clean” Real ID compliance bill, meaning it has zero language related to undocumented driver’s licenses, it will still have to go into negotiations with the House, which has that language in its proposal.

More important: Dayton said in a statement on Sunday that he will now sign whatever proposal legislators send him, even if it does include language blocking undocumented immigrant driver’s licenses.

This situation doesn’t sound great. Can I get an enhanced Minnesota ID now if I want one?

Yes. A few years after passing the law blocking implementation of the Real ID Act, some people who travel regularly to Canada were running into clearance problems. Lawmakers created an enhanced driver’s license that meets Homeland Security requirements and is available only upon request. The enhanced ID can be used to re-enter the United States by land and sea from Canada, Mexico and some countries in the Caribbean.

The enhanced ID comes with an extra cost of $15 and is only provided at a handful of state locations. To get an enhanced license, Minnesotans must be at least 16 years old and provide proof of their date of birth, full legal name, Social Security Number, United States residency and photographic proof of their identity.

More than 25,000 Minnesotans now have enhanced IDs, partially over fear that legislators might not come to a solution on complying with the federal government. Those IDs will continue to be valid even if lawmakers agree to a fix this session.

Let’s assume it doesn’t get fixed by January: Other than a Real ID, what other forms of identification can I use to fly?

Without a solution to the Real ID debacle, Minnesotans would need to show enhanced ID, a passport, permanent residency card or other TSA-accepted ID. Here’s a full list.

How much is this all going to cost the state?

The Senate bill transfers $17 million frome the state’s vehicle services operating account to help DPS issue the new IDs to Minnesotans, but for residents, the new licenses cost the same as their current IDs.

What about those privacy concerns from back in 2009? Are they still valid? 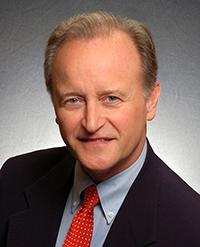 Legislators and civil liberties groups are still concerned about the potential for the Department of Homeland Security to change the rules and usage of driver’s license data, but so far no major national databases have been set up. Sen. Warren Limmer, R-Maple Grove, has been the leading opponent of implementing the Real ID Act over the years and said he still has those concerns even though states have been forced to comply.

“Instead of a carrot to encourage states to comply, they’ve basically used a club to make states submit,” Limmer said. “We are going to be creaking the door open a little bit. All of our data that we will hold on citizens based on the collection required by Real ID will be held, but we can share it. The Real ID Act demands that we share it with other government bureaucracies in 49 other states.”

Are there any safeguards in the bill if the federal government wants to start collecting data on licenses?

There are some. The proposals moving in Minnesota lock in what data can be collected by the federal government, even if authorities decide to gather more down the road. The commissioner of the Department of Public Safety is also prohibited from making any changes to the implementation of the bill without legislative approval.

What if people don’t want a federal Real ID card?

That shouldn’t be a problem. Both bills moving in Minnesota allow residents to opt out of getting the new, enhanced ID if they want to.

Clarification: An earlier version of this story stated that a Real ID compliant driver’s licenses would have a security chip embedded inside, but only the enhanced IDs currently issued by the state include a security chip.