Susan Allen was the first woman who identified as American Indian elected to the Minnesota Legislature, but she knows that doesn’t necessarily mean she was the first to ever serve in St. Paul.

“That’s history; if you could pass for white, you often would,” said Allen, a Minneapolis Democratic representative and a member of the Rosebud Sioux Tribe who came to the House after a 2012 special election. “My grandfather used to pass for white ... but he was full-blooded Ojibwe.”

Times have changed. When the 2017 legislative session convened in January, Allen was sworn in along with three other women who identified as American Indian: DFL Rep. Peggy Flanagan, who represents St. Louis Park; and freshman Reps. Jamie Becker-Finn, who lives in Roseville; and Mary Kunesh-Podein, who lives in New Brighton and represents parts of Columbia Heights and St. Anthony.

Together, the four legislators have put their names on more than a dozen bills that specifically tackle issues related to the American Indian community, addressing problems they feel have been ignored over the years. The proposals run the gamut, from creating an ombudsperson for American Indian families and putting more money into child protection services to simpler ideas, like one to change the inscription on the Christopher Columbus statue near the Capitol from saying he discovered America to say he “landed in America.”

“To me, it’s integration,” Allen said. “You can be a part of an institution that is predominantly white and not have to lose your identity. I can be here without having to lose my identity to do it, and previous generations, I don’t think they had that.”

Apprehensive to be part of ‘the system’

Before Allen was elected in 2012, only nine legislators in state history who self-identified as American Indian served in the Legislature — all men — and most of them were elected back when Minnesota was still considered a territory.

Flanagan saw first hand the barriers to encouraging American Indian men and women to run for office working for more than a decade at Wellstone Action, a progressive training ground for people interested in running for office. One was the notion of standing up in front of people and talking about yourself and why you are the best person for a certain office. “Highlighting all of your accomplishments actually flies in the face of what is culturally appropriate,” in the community, she said. “That in and of itself can be a challenge. Also, Native people wouldn’t want to be part of the system that has oppressed them for so long. I think the apprehensiveness around that is super real. I get it.”

Just being on the House floor can be a challenge some days, said Flanagan, a member of the White Earth Nation of Ojibwe. Many pieces of art around the Capitol inaccurately —  and offensively — depict American Indians.  “Even when we walk into the House chamber, up on the wall is the skinniest Native person I’ve ever seen in my life carved right in there,” she said. “I’m so glad I sit off to the side so I don’t have to look at that all of the time. These are the images that we see, that our colleagues see, that the public sees. That impacts consciously or unconsciously the decisions you make.” 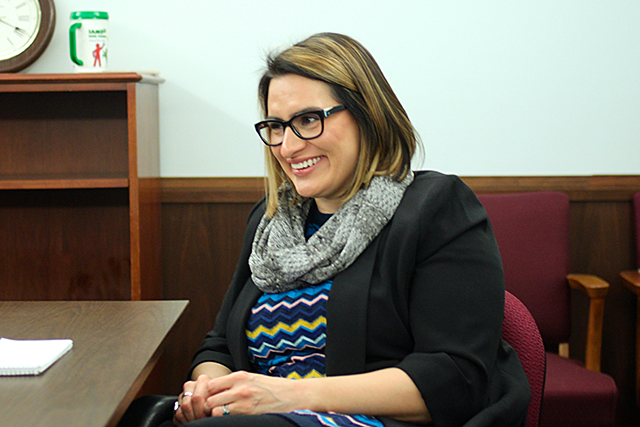 MinnPost photo by Briana Bierschbach
State Rep. Peggy Flanagan: “Highlighting all of your accomplishments actually flies in the face of what is culturally appropriate,” in the community.

But some things are changing — in Minnesota, and across the country. In 2016, there were 40 American Indians elected to state legislative seats around the nation, including in Minnesota. Which doesn’t mean they didn’t run into strange situations on the campaign trail.

Becker-Finn is a Leech Lake Band of Ojibwe descendant and daughter of Harold “Skip” Finn, a former state senator from Cass Lake. Her mother Teri is Norwegian, so many people don’t realize she has American Indian heritage. During the campaign, someone asked her if she wanted to “make a big deal” about being American Indian because her suburban constituency is mostly white.  “It’s so ironic because it’s OK for white men to make all the policy for people who aren’t white,” Becker-Finn said. “For me, it’s who I am.”

Ultimately, all these women had different reasons to run for office. Becker-Finn’s father was a senator, and for her “it always seemed possible”; Allen is an attorney and saw running for office as an extension of the work she was already doing in her south Minneapolis community; Kunesh-Podein remembers being a single mom on food stamps, and Flanagan remembers being the child of a single mom on food stamps. Both wanted to be a part of the state that helped them get through hard times. “I think some of the ways that I’ve thought about it that makes it less oppressive is I also grew up in a community that taught me that everyone has a role and you step up to fit that role,” Flanagan said. “My role is running for office trying to make policy that benefits my community. Other folks in the community, their role might be something different.”

When it comes to legislating, their interests hit just about every major policy area in state government. Environmental protection issues are a major concern for American Indians, and Becker-Finn has introduced a bill to ban lead ammunition, which can poison venison and harm bald eagles, significant spiritual figures for American Indians. Becker-Finn and Kunesh-Podein, who is a descendant of the Standing Rock Lakota tribe, sponsored a proposal to ban oil pipelines from running within a mile of waters where wild rice is grown. 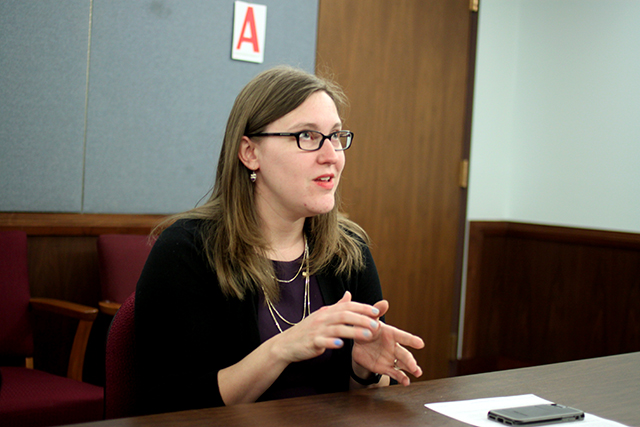 All four women are Democrats, who are in the minority in both the House and the Senate this session, so many of the bills they’ve introduced this year haven’t had a hearing yet and probably won’t go anywhere this year.

But that’s not everything, Flanagan said. “One of the biggest things is just keeping an eye out on the bill introductions with one another and say, ‘Wait a minute,’ if this affects Native people, for one of us being able to go to that bill author and say, ‘Hey, so who have you talked to in the Native community about this?’ Or, ‘Do you know what this bill actually does?’” Flanagan said. “For our colleagues, it’s about getting used to the fact there are people keeping an eye on that now.” 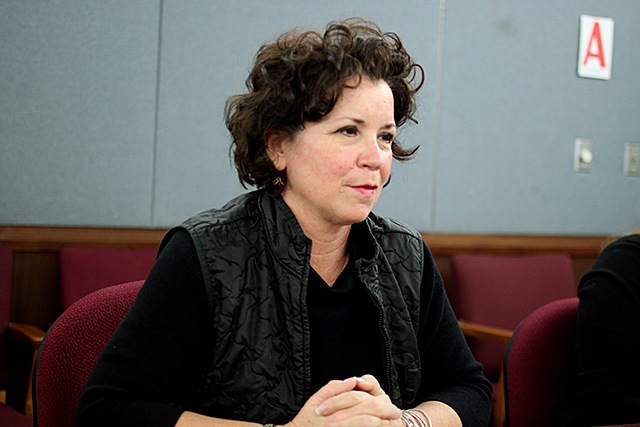 Part of how they see their role is just being at the Capitol, so state legislators reflect the community they serve. It’s especially important when American Indians visit the building itself. Kunesh-Podein, a teacher, recently had several American Indian students from the University of Minnesota in Morris visit her office, and they seemed intimidated by being in St. Paul.

“I said, come back again and again and bring other Natives to the Capitol so that you’re not nervous, so that you’re not intimidated, so that some day you’ll be sitting in this office doing the work that we’re doing,” she said. “You could almost see the light bulb go off in their head: I could do this?”

Something new for the Minnesota Legislature: a caucus of first Minnesotans