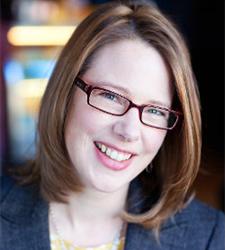 Other than war, the census might be the U.S. government’s biggest undertaking.

Since 1790, when the founding fathers included the once-every-decade population count in the Constitution, people have fanned out across the country, knocking on doors and marking down every person they can find. More than 600 federal marshals handled the first-ever census, counting 3.9 million people living in the United States. But as the country grew, so did the endeavor. The 2010 census required 635,000 staffers to help count more than 308 million people.

This year is Susan Brower’s first time playing a role in the massive operation. She became Minnesota’s state demographer in 2012, just after the last count wrapped up, and now her office is preparing for Census Day 2020.

The state demographer acts as Minnesota’s official liaison to the U.S. Census Bureau, handling promotion and outreach to get the broadest possible snapshot of who actually lives in the state. “I am excited because there is so much energy around this,” Brower said.

But then she paused: “Well, I have mixed feelings about it.”

Her ambivalence is due to the uncertainty about additional funding in the state budget this year to start preparing for the count. Though Gov. Mark Dayton does include $190,000 in his budget proposal for the state demographer to hire two temporary staffers for the next four years, the additional funding is not included in either the House or Senate budget bills.

For the head counters, it’s put uncertainty on an already fuzzy situation. Amid battles over health care reform and the Supreme Court, Congress has yet to agree and pass a basic funding bill to keep government operations running for 2017. That includes money for the U.S. Census Bureau, which has delayed running field tests and opening offices to prepare for 2020. What’s more, concerns over data security and the Trump administration’s immigration policies have fueled fears that some people will try to avoid being counted this year.

It’s bureaucracy at its driest, but there’s a lot at stake for Minnesota, experts say. The federal government will use the 2020 data to better understand equity gaps and demographic shifts and dole out more than $400 billion dollars in grants to states every year for 10 years. Perhaps the biggest question, however, is whether enough people are counted in 2020 for Minnesota to retain all eight of its seats in Congress.

“It’s unfortunate that it looks like it’s turning into a partisan issue,” said Bob Tracy, director of public policy and communications with the Minnesota Council on Foundations. “The bigger question is, are we going to end up turning the census into another fundamental democratic institution that we are going to degrade?”

Government ‘depends on the accuracy of this’

Minnesotans learned plenty about their home after the last census. The state had grown by 384,446 people over the last decade, for example, and hit a total population of about 5.3 million. Much of that growth was in suburban communities around Minneapolis and St. Paul — and in large part thanks to an influx of new citizens. The state was becoming more diverse from the bottom up, according to the numbers, with 17 percent of its residents identified as racial minorities, up from 12 percent a decade earlier.

That year, Minnesota also had the second census highest participation rate in the nation (after Wisconsin), with about 81 percent of people returning mail-in forms back to the census. It didn’t happen on its own, said Tom Gillaspy, who was Minnesota’s demographer for more than 30 years. His office got a boost in fundung to hire staff in preparation for the 2010 census, jobs he admits aren’t very glamorous.

In 2010, an extra staffer collected address lists from local governments to cross check them with the federal sources. Eventually, census forms are mailed out to every one of those addresses, but an additional staffer must help reach communities that are harder to track. In Minnesota, American Indian communities are historically difficult to count, as well as children, people who are homeless and immigrants or refugees who are reticent to answer questions from the government.

“The census only happens one every 10 years,” Gillaspy said. “There are many many people who have forgotten that there is such a thing. There are also people who are new to the country and maybe someone knocking on their door and saying, ‘Hi, I’m from the government and I have some questions,’ is not their favorite thing.”

“We want to make sure the count is as accurate as it can possibility be,” Gillaspy added. “The Constitution calls for a decennial census. A count of all the people, not just citizens, but everybody living in the United States. The whole basis of our government depends on the accuracy of this.” 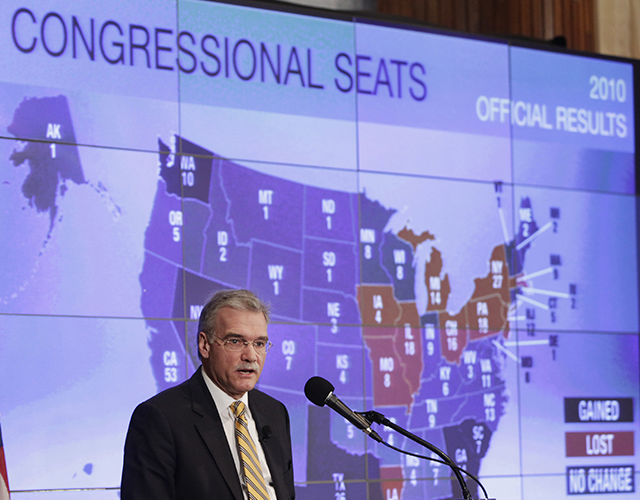 REUTERS/Yuri Gripas
Then-Director of U.S. Census Bureau Robert Groves speaking during a presentation of the 2010 Census U.S. population at the National Press Club on Dec. 21, 2010.

And censuses don’t happen in a vacuum — each poses its own difficulties. Citizens are counted amid wars, economic depressions and major cultural and demographic shifts, and the upcoming count is no different.

Some are worried it will be even more challenging to count immigrants and refugees in 2020, with President Donald Trump’s hard-line rhetoric and executive orders regarding undocumented immigrants. And 2020 is the first time citizens will be asked to fill out a census form online; in a time of heightened uncertainty about government data collection, it has raised plenty of concerns from data privacy advocates.

“The whole privacy thing is one of their key challenges and opportunities,” said Joan Naymark, who sat on an advisory council for the U.S. Census Bureau while she worked at Target Corp.

Now retired from Target, Naymark started a group called MACS 2020, a group of about 200 volunteer organizations that promote the American Community Survey — a yearly collection of population data on a much smaller sample — as well as the decennial census. Naymark said it’s critical that the census gets the funding it needs to set up an online filing system that actually works.

“You don’t want to have a healthcare.gov situation where it crashes when it’s launched,” she added. “Then there’s the fear of, ‘Well, what if there is a big hack on a computer system? What if someone impersonates someone else?’ A bad headline like that right before the census that could cripple their ability to hold people’s trust and collect responses.”

Historically, Minnesota has added funding to the demographer’s office for the census. Republicans in control of the state Legislature, however, are pushing a reexamination of state budgeting this year, scrutinizing everything from the state’s massive health and human services budget to smaller offices, like the state demographer.

The House and Senate Republican budgets don’t include increases to add staff for the census, and the House bill actually cuts money from the office’s base budget. House State Government Finance Chair Sarah Anderson said she was examining the demographer’s budget and noticed that some money from the 2010 census was ongoing and seemed to have been added to the permanent budget for the department. 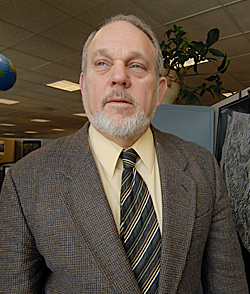 Brower said there’s a ramp up and a ramp down before and after the census. Only some of that money — about $70,000 — was subsequently added permanently to the demographer’s budget to cover increases in costs over the years, she said.

The whole budget for the demographer’s office is about $1 million every two years. That pays for four full-time staffers and the data storage and technology needed to run the office, according to Brower. Without the extra funding, she said, “We will have to make do with whatever we have,” for the upcoming census.

“For me, the outcome would be that we have data that aren’t as high quality as it could be, that we missed people,” Brower said.

While that’s a very real outcome, Brower said it’s hard for most people to wrap their heads around what missing some people in a population count could mean.

As the State Demographer’s office gears up to count Minnesotans, can it count on the Legislature?