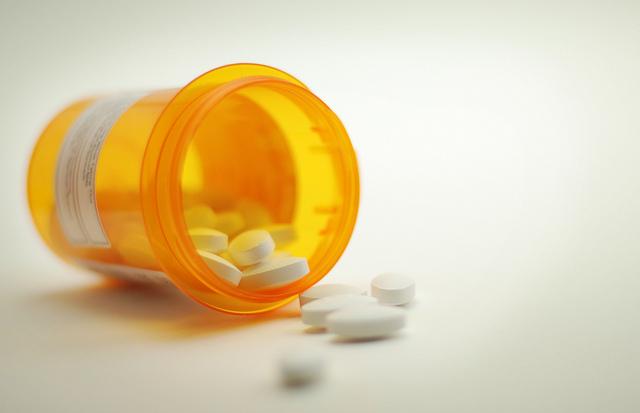 CC/Flickr/Kent Landerholm
While prescription rates in 37 of Minnesota’s 87 counties declined between 2010 and 2015, they remained relatively stable (going up or down less than 10 percent) in 28 counties and actually increased in 18.

In each of the last several years, overdoses caused by prescription opioid painkillers have claimed the lives of hundreds of Minnesotans, young and old, urban and rural.

The opioid epidemic hitting Minnesota and other states is unlike other waves of drug abuse in that many of the people who ultimately become addicted to the drugs first obtain them through their doctors.

Between 1999 and 2010, the number of opioid prescriptions dispensed by medical professionals in the U.S. boomed, bolstered by their effectiveness at dulling pain and assurances by the manufacturer of one of the most common opioid painkillers that their product carried less risk of addiction.

As treatment admissions and deaths from opioid abuse rose, it was clear that assessment was wrong. And in recent years, Minnesota has worked to curb opioid abuse, enacting a prescription monitoring program as health professionals worked to raise awareness among doctors and patients alike about the painkillers’ addictive potential.

Overall, those efforts seem to be working: In Minnesota, the average county’s prescription rate has declined from 501 morphine milligram equivalents (or MMEs, a unit of measurement that accounts for the relative strength of different medications) per capita in 2010, down to 436 MMEs in 2015, a 13 percent decline in five years. Opioid prescriptions in the average county in Minnesota, which has one of the lowest prescription rates in the U.S., are quite a bit lower than the national county average of 705 MMEs per capita in 2015.

But as a  July report from the Centers for Disease Control makes clear, that progress has been uneven: while prescription rates in 37 of Minnesota’s 87 counties declined between 2010 and 2015, they remained relatively stable (going up or down less than 10 percent) in 28 counties and actually increased in 18.

If the goal of health policy is to reduce rates of opioid prescriptions, Wadena County could be called a success story. Its rate of opioid prescriptions decreased 19 percent between 2010 and 2015. Yet it still had the highest per-capita prescription rate of any Minnesota county in 2015, at 1,320 MMEs per capita — more than triple the state average. Assuming a dose of 25 MMEs per day (an amount, according to Dr. Jeffrey Schiff, medical director of Department of Human Services health care programs, that would commonly be used short-term for a something like a small bone fracture), the 2015 figure is enough to medicate everyone in the county for 53 days.

In the CDC study, authors noted that opioid prescription rates tend to be higher in counties with high percentages of white residents, in more rural areas, where diabetes, arthritis, disability and suicide are more prevalent, and in areas with high poverty, uninsured rates and unemployment.

Dr. Ben Hess, chief medical officer with Tri-County Health Care in Wadena wrote in an e-mail that some of these attributes, such as high levels of unemployment, high Medicaid enrollment and poverty, also characterize Wadena County.

But, he said, a push to use pain management techniques, such as rehabilitation and physical therapy, in place of narcotics, may help explain a decrease in opioid prescription rates.

“Providers are aware of the trends and have been responsive to changing recommendations regarding pain management and opioid prescriptions,” Hess wrote. In addition, living in a close-knit community, health professionals and law enforcement work closely to monitor drug abuse, while the state’s prescription monitoring program has helped health providers track unfamiliar patients.

Aitkin County, at the heart of Minnesota’s lake country, had similarly high opioid prescription rates, but ones that stayed relatively high, according to the CDC data, at around 1,075 MMEs, or enough to cover the whole county on 50 MMEs per day for 43 days.

In Pipestone County, on the Minnesota-South Dakota border in the southeast corner of the state, opioid prescriptions increased by 46 percent between 2010 and 2015, according to the CDC’s data, from 693 to 1,015 MMEs per capita. That’s enough to medicate Pipestone County residents on 25 MMEs per day for 41 days, up from 28 days in 2010.

To some extent, county-by-county variation in prescribing makes sense: in areas with older populations, for instance, the prevalence of chronic conditions may mean more people are prescribed opioids. Indeed, counties with high rates of opioid prescriptions tend to have a median resident age higher than the state average.

But the variations are too big to be attributable only to different ailments and populations across countries, the CDC report’s authors caution.

“Differences in these characteristics explain only a fraction of the wide variation in opioid prescribing across the United States,” the report’s authors write, suggesting much of the variation comes from a lack of consensus, in theory and practice, surrounding how and when opioids are prescribed. The CDC recommends doctors follow its guidelines on prescribing opioids for chronic pain.

The variation across Minnesota counties is consistent with what Dr. Jeffrey Schiff, medical director of Minnesota Department of Human Services health care programs, has found in studying opioid prescriptions in the Medicaid program in Minnesota.

When it comes to family doctors, who prescribe an average amount of opioids, Schiff said the top quarter of doctors prescribe ten times the amount of opioids as the bottom quarter, and six times as much as the median doctor. In other specialties, the gap can be as much as 22 times as much of the drugs prescribed by the top quarter of doctors relative to the bottom quarter.

“In many places, the prescribers are really doing a good job of trying to cut back down to a much lower amount, but in other places, partly because of the prescriber culture of (giving) people the pain medication they’re asking for, or the culture of expectation of the patients in that community, patients are continuing to be prescribed high amounts of opiates,” Schiff said.

DHS has its own opioid prescription guidelines, developed with the input of local doctors, and within a year, is planning to launch a program that will help medical providers see how their opioid prescription rates compare to other providers, in the hopes of reducing the variation across providers and geographies, Schiff said.

“We’re not after micromanaging provider behavior, but we’re saying here’s where you’re at compared to your peers, compared to your peers there’s progress you could make in your own prescribing,” he said. MCHP will have the authority to ask providers who are prescribing a lot of opioids to better screen patients, and if high rates continue, may ask for the provider to be removed from providing in the Medicaid program.

While things are looking up in Minnesota, Schiff said, there’s improvement to be made in reducing the over-prescription of opioids and in finding alternatives.

“We don’t want people to suffer … (but) I think we have to realize that pain is part of healing, and we need to help people get to the point where they can understand that some of this pain should be expected,” Schiff said.

Correction: A previous version of this story misstated Dr. Jeffrey Schiff's title. He is the medical director of Minnesota Department of Human Services health care programs.

We know that prescriptions are helping drive the opioid epidemic. So why are some Minnesota counties’ opioid prescription rates going up?