As Northfield goes, so goes Minnesota?

While Minneapolis sees itself as the state’s leader on forward-thinking policies — it was the first to adopt local minimum wage and paid sick and safe leave, among other things — Northfield, not Minneapolis, will be the first city in the state to institute the latest progressive policy trend: creating a municipal photo identification card.

The purpose of the ID cards is to offer those who can’t or don’t have traditional forms of identification something that could be used to open bank accounts, cash checks and even rent apartments. And while the initiative is mainly aimed at undocumented immigrants, there are others groups that might want a different form of identification, say backers, including non-driving elderly residents and transgender individuals, who may want an easy way to document a name change. And in cities around the U.S. that have adopted Muni ID, all residents are encouraged to get them so that having one doesn’t equate to undocumented status.

Now the city of Minneapolis has decided to develop its own Muni ID program. On Wednesday, the city council unanimously passed a staff direction to create a “Municipal ID Workgroup” that will include the city coordinator, the city attorney, the finance department and the neighborhood and community relations office. Unlike task forces on issues like minimum wage and paid leave — which were asked to make a recommendation on whether to move forward on a policy — this staff direction presumes that a plan for implementation will result from the group, which is tasked with reporting back to the council by March 31.

Proposed by Council Members Alondra Cano, Jacob Frey and Cam Gordon, the workgroup “shall…present a framework and budgetary needs to inform the Municipal ID program” for a program “that serves all residents of Minneapolis including the immigrant, transgender, homeless student and elderly communities.” 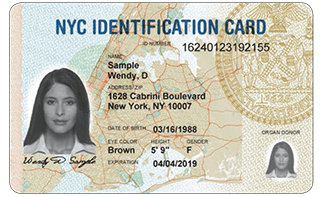 Cano said Thursday that she has been aware of the municipal ID idea since before she joined the council in 2014, and that it was later brought up to the council by a leadership group of Latino women. The idea was set aside when activists focused instead on maintaining access to state driver’s licenses. But those efforts were dealt a setback earlier this year when Gov. Mark Dayton signed legislation related to federal REAL ID requirements, a state law that also banned undocumented immigrants from getting licenses. And though Dayton demanded that provision in the law be renegotiated when he vetoed funding for the House and Senate, no such negotiations have taken place.

Cano said she and others in city government have been working with the immigrant community to see what steps can be taken to protect them. The Muni ID, “was probably one of the most significant ways that we could advance a pro-immigrant public policy given the stalling efforts of the state to approve a driver’s license and the federal issue where we were getting no comprehensive immigration reform,” Cano said.

She introduced an ordinance this fall which has yet to be assigned to a committee. But with the staff direction, a program could be in place by next summer.

Several members of the Minnesota Immigrant Rights Action Committee urged the council to act quickly on the matter.

“I am here because I am directly affected,” said Adriana Cerrillo, who she wasn’t asking for an appropriation of money, but action. “The city of Northfield just passed yesterday the Municipal ID. It’s very simple. Take that law and implement it. We don’t have another year to wait.” 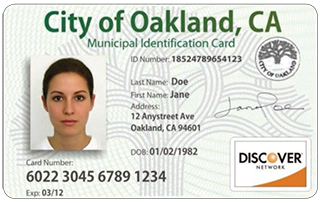 “It would make people feel a part of the community,” said Maggie Kilgo.

In order to not inadvertently single out people without immigration documents, Kilgo said, the city could create incentives to encourage all residents to get the cards, perhaps linking them to transit and library cards or discounts from merchants.

Kilgo also recited statements made by Frey at a mayoral forum this election at which he said he prefers that undocumented immigrants have full access to state drivers licenses, but that the city ID would be an interim remedy.

Frey, who was elected mayor last month, has been advocating for the local ID since before he was elected to the council in 2013.

The Minneapolis council’s action follows a move by Northfield to create a similar program. Earlier this year, the Northfield Human Rights Commission presented a Muni ID plan to the city council in September, a proposal that mirrors what a dozen other cities on the East and West Coasts — including San Francisco and Washington, D.C. — have enacted.

According to the commission recommendation, Muni ID applicants would have to demonstrate proof of identity and proof of residency within the city. Identity documents could include a passport, a consular ID card, a birth certificate or a U.S. Taxpayer Identification Number. A utility statement or state income tax refund could be used to establish an address in the city. The ID would show a picture, name, address and signature.

A legal analysis for Northfield by Christopher M. Hood and Robert T. Scott of the St. Paul law firm Flaherty & Hood reported that there is no federal or state pre-emption on cities issuing IDs. (Northfield, like Minneapolis, is a charter city and thus has more authority to act independently of the Legislature than “code” cities, as long as the action doesn’t conflict with state law.) 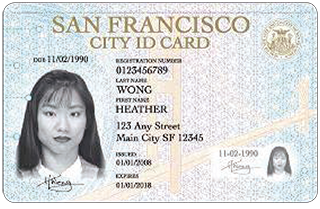 The attorneys added, however, that “it is clear that a municipal ID card program must not appear intended to address, regulate or contravene any federal immigration and enforcement policies or laws, but must instead benefit all citizens of the city regardless of immigration status, as the subject of immigration may only be regulated by the federal government.”

In order to legally use public money for an ID program, therefore, the city must declare and describe a public purpose, the lawyers wrote. And they warned that much of data collected for the program would be covered by the state data practices act. While Social Security Numbers could be redacted, “the same cannot be said of certain other data that would be part of an application for a municipal ID card, such as the name, address, photograph or date of birth of an applicant,” the attorneys wrote.

The Northfield council voted Tuesday to advance the ordinance to the full council next week. The vote was 7-0. City Administrator Ben Martig wrote in an email that once the ordinance is approved, the staff will work on implementing the program and hopes to begin taking applications by the end of March and issuing cards after that.

In response to state driver’s license law, Minneapolis looks to create its own photo ID