There’s a certain ebb and flow to governance at the Minnesota Capitol.

For lawmakers, the odd-numbered years are the heaviest lift, with a constitutional requirement to pass a balanced budget. It’s an exhausting debate over billions of dollars in state spending and services that usually ends in acrimony, not to mention overtime.

By the time the second year of the biennium rolls around, legislators are hungry for something quick and relatively painless. Sessions in even-numbered years convene late and occasionally adjourn early, with an election year ahead in the fall. The even-year sessions are left open to tackle a whole different set of issues, like the bonding bill, a borrowing package for construction projects across the state. They are also heavy on policy issues that have either cropped up since last session, or even more likely, that were left on the table during the chaotic budgeting process.

This year, while there may be a budget surplus and other tax conformity issues to address, a handful of policy issues are already teed up to get plenty of attention during the 2018 session, which convenes on Tuesday. From abuses in senior care facilities to hands-free driving, here are a few of the policy issues to watch this year:

Last November, two state legislators — Sen. Dan Schoen and Rep. Tony Cornish — were accused of sexual harassment by multiple women in state politics. By December, both had resigned from office. They were recently replaced in a special election, but the debate over how to create a safe work environment in state government and politics is still ongoing.

A lot of of ideas have been proposed so far, but whatever happens next will be a major topic of discussion during the 2018 session. Gov. Mark Dayton, after a review of inconsistencies in state agencies’ handling of sexual harassment complaints this winter, wants the legislature to provide funding to create a central office to act as a clearinghouse for all complaints and investigations. Top senators are also re-examining the chamber’s sexual harassment policy, which hasn’t been updated since 1996 and includes no protections for third parties — the lobbyists, advocates or other people who regularly frequent the Capitol but are not on staff.

The House hired an outside firm to investigate incidents related to Cornish, and leaders also created a subcommittee on workplace safety. And there’s still a push from some of the women who came forward, former DFL candidate Lindsey Port and DFL Reps. Erin Maye Quade and Jamie Becker-Finn, to create a task force on sexual harassment, which would include outside experts in employment law, and conduct and make recommendations to legislators.

The numbers are startling: Nearly 395 Minnesotans died from opioid overdoses in 2016, according to a state review, an 18 percent increase from 2015. It’s not exactly a new revelation for Minnesota lawmakers, but rather a continuation of a trend. Between 2010 and 2016, opioid overdose deaths rose 66 percent. This session, there’s a push to put new policy into action. 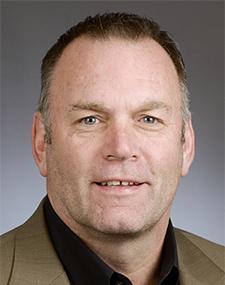 Earlier in February, Dayton, alongside two legislators, Republican Rep. Dave Baker and DFL Sen. Chris Eaton, proposed a package of proposals that aim to address the issue. The centerpiece of the plan is a tax on prescription opioids to pay for things things like emergency response — or access to lifesaving drugs like Naloxone — as well as certain recovery and treatment programs and educational prevention measures. The so-called penny-a-pill proposal would raise about $20 million a year, according to officials.

Both Baker, who lives in Willmar, and Eaton, a senator from Brooklyn Center, lost children to opioid overdoses, and all top leaders have professed interest in limiting the spread of opioids across the state. But their proposal is still expected to get pushback, particularly from the pharmaceutical companies that would be subject to the fee, as well as fiscally conservative watchdog groups. House Speaker Kurt Daudt, R-Crown, and Senate Majority leader Paul Gazelka, R-Nisswa, have expressed some reservations about the penny-a-pill approach.

In November, the Star Tribune released a five-part series examining a backlog of reports and ongoing abuse at senior and vulnerable care facilities across the state. The stories clearly outlined a breakdown of bureaucracy, with the state agencies and officials responsible for following up on the complaints either completely unaware of problems or unable to review all of the reports. The top official in the Minnesota Department of Health, Ed Ehlinger, resigned from his post in the wake of the series, and a new commissioner, Jan Malcolm, has been appointed to repair the systems that broke down.

Legislators are also diving into the issue, and a series of recommendations have already been put on the table as a primer for the 2018 session. That includes a more transparent system for investigating and reviewing reports of abuse, increasing criminal penalties for abusers in senior care facilities and more regulation of the industry that governs assisted-living facilities like senior homes.

Proponents of a proposal to make it illegal to use handheld devices while driving are picking up where they left off last session, hoping the nonbudget legislative session will provide more time to debate the issue.

In Minnesota, it’s already illegal for drivers to send text messages, browse the web or read their phones while driving or sitting at a stoplight, but they don’t prevent people from talking on their phones. Two bills before the Minnesota Legislature this session would limit use of cellphones, allowing drivers to only use voice-activated or other hands-free modes while driving.

Law enforcement officials and the governor support the proposals, and the bills have bipartisan supporters in the Legislature. Part of the reason for the renewed push in Minnesota are new numbers on distracted-driving deaths, which increased 18 percent between 2014 and 2015.

But the issue ran out of time for debate in the Senate last session, and some lawmakers in the House were hesitant to pass a new law without evidence or studies that hands-free devices actually reduce the number of distracted driving fatalities. Expect it to be a big point of debate, with advocates hosting a rally in the Capitol rotunda on Thursday. 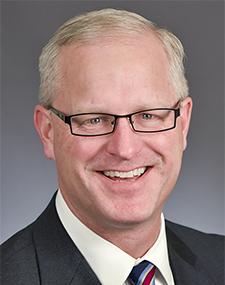 After the 2017 session convened, one of the major news stories of the summer and fall was the state’s rollout of a new system for driver’s licenses and plate renewals, known as MNLARS. The system was immediately plagued with long delays and glitches. After some back and forth, Dayton’s administration conceded it would cost $43 million to fix the problems.

But funding isn’t the only thing up for discussion. The state agency that orchestrated MNLARS, MN.IT, will also be responsible for dealing with the state’s rollout of the state’s compliance with the Real ID Act, which requires new minimum security driver’s licenses for everyone in the state.

Some lawmakers are looking to establish new oversight of the agency. Rep. Jim Nash, R-Waconia, has introduced a proposal to create a new Legislative Commission on State Information Technology Services, which would oversee the work of MN.IT, including its spending and security programs it runs.

Last session, Republican legislators attached a bipartisan agreement to shore up state pensions to another proposal that would pre-empt local governments from setting their own minimum wage and labor laws, which Dayton promised to veto. He did so immediately after session adjourned, so this year, lawmakers are picking up where they left off on the pension debate.

The state is facing nearly $14 billion in unfunded pension liabilities over the next several decades. That figure is making some people uncomfortable, and politicians in both parties are interested in passing a bill to reduce that figure while still honoring promises made to public workers. The debate includes reducing some automatic increases to pensions, lowering investment return rate assumptions and increasing employee and state contributions to pension funds.

6 issues to watch as the legislative session gets under way