On the first day of the 2018 legislative session in Minnesota, lawmakers reinstated a committee, which included members of both the House and Senate, to discuss House File No. 600. It was a procedural motion that went mostly unnoticed, but in doing so, the most contentious debate of the last session was quietly renewed: whether to pre-empt local governments from setting their own wage and labor rules and other policies.

Pre-emption became a top priority in 2017 for Republican legislative majorities in Minnesota and in other states across the nation, as they moved to block more progressive city governments from increasing their own minimum wages and setting new paid leave policies that don’t match up with state regulations. Minnesota lawmakers also introduced proposals to pre-empt cities on a host of other policy issues, from trying to ban the use of plastic bags in retail stores to becoming sanctuary cities.

Pre-emption became a lightning rod for the left, with Democratic groups flooding the Minnesota Capitol to encourage Gov. Mark Dayton to veto the proposals, which they said eliminated local control and were designed to stop movement on progressive issues. Dayton did veto a wage and labor pre-emption bill shortly after session adjourned, and since then, new paid leave and sick rules have been implemented in St. Paul and Minneapolis, the state’s two largest cities. Minneapolis has also started phasing in a multi-year process to increase its minimum wage to $15 per hour (the rest of the state’s current minimum wage is $9.65 per hour for large employers). Duluth is also considering a paid sick leave ordinance. 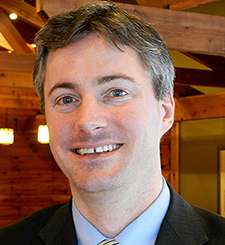 Supporters of pre-emption proposals, however, say the different policies reflect the inconsistencies they feared: “The hodgepodge is here,” said Cam Winton, the director of labor policy with the Minnesota Chamber of Commerce. “While most Minnesotans are able to go about their normal lives, Minnesota’s employers, who are trying to compete and grow and hire employees and attract and retain talent in this type labor market, these mandates are a real problem.”

As the 2018 session progresses, both Republicans and Democrats expect pre-emption bills to make a comeback. “We are preparing for it to be a battle,” said Chris Conroy, who works with TakeAction Minnesota, one of the groups that filled the Capitol last session to oppose pre-emption. “We are in a state of preparedness.”

‘The art of compromise’

By the end of last session, after leaving the door open to negotiation, Dayton promised to veto any pre-emption bill. That prompted a last-ditch effort from Republicans, who sent him a pre-emption proposal as part of a so-called omnibus bill, which included other things Dayton wanted: paid parental leave for all state workers, provisions protecting against wage theft and pension changes.

Still, Dayton vetoed the bill shortly after lawmakers went home for the year. “The role of state government is to set minimum standards for workplace protections, wages, and benefits, not maximums,” Dayton wrote in his veto letter. “Local governments can be more adept at responding to local needs with ordinances that reflect local values and the unique needs of their communities. State government does not always know what works best for every community, and may lag behind when improvements are needed.”

A spokesman for Dayton said his position hasn’t changed since he vetoed pre-emption last session. But the issue is still a major priority for the business community and Republican majorities. “It’s still a problem and the problem is increasing as more and more municipalities think about creating more and more of a patchwork,” Winton said.

Republican Rep. Pat Garofalo, the House author of the pre-emption bill, said he knows he needs to engage with the governor to try and work out a deal. “It’s pretty clear that if we just send pre-emption to the governor, whether it’s policy or politics, he’s just not able to sign it,” he said. 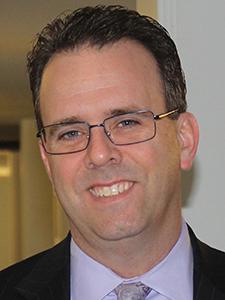 In particular, Garofalo said he could see Dayton, who is in his final year in the governor’s office, using his position to negotiate for some of the provisions he wants, like paid parental leave for employees, guaranteed leave for new mothers, or even work out a statewide sick leave program. “The governor is in a unique role here to be able to summon the business community and say, ‘I know you want this, but here’s what I want,’ to work out some kind of grand bargain,” Garofalo said. “That’s the art of compromise.”

At this point, there are few other avenues for pre-emption supporters to go outside of the Legislature. In the courts, the Chamber of Commerce was party to two lawsuits against Minneapolis, one against its new paid leave policies and the other against its new minimum wage. They lost both cases in Hennepin County District Court and in the appeals court on the paid leave proposal.

In the lawsuits, the chamber  and other business interests argued the state already pre-empted Minneapolis with its statewide minimum wage and paid leave policies. The city argued that there was no such pre-emption but also asked the judges why, if the chamber really thought pre-emption already existed, did it spend so much time trying to pass a bill to do just that in 2017?

The debate over pre-emption wasn’t only about minimum wage and paid leave policies last session. Republicans introduced at least two dozen propropals that would have pre-empted local governments from doing everything from blocking new housing ordinances to prohibiting cities from spending any money to study passenger rail.

Only one actually made it to the finish line: a proposal to block cities from banning the use of plastic bags in retail stores. Dayton signed it as part of a larger package of proposals. Minneapolis had passed a ban on plastic bags but ultimately couldn’t enforce it because of the new state law.

Now lawmakers on both sides of the issue say the other pre-emption proposals are still in play, and new pre-emption proposals are already cropping up. A proposal just introduced in the Senate, for example, would block cities and counties from banning an “auxiliary container,” or any kind of bag, cup, bottle or other packaging made of “cloth; paper; plastic, including expanded or foamed plastic; cardboard; corrugated material; aluminum; glass; post consumer recycled; or similar material or substrates, including coated, laminated, or multilayer substrates.”

That’s in response to a move from cities to ban styrofoam containers. Minneapolis already prohibits businesses from using styrofoam containers, and St. Paul is considering a ban as well. Republican legislators are also moving forward with a proposal to create statewide regulations for ridesharing companies like Lyft and Uber, which are currently regulated on a city-by-city basis. 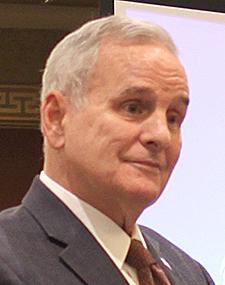 Advocates for the proposal, which would phase out any city regulations, say a statewide policy is needed for the companies to expand across Minnesota. Only a handful of cities currently have ridesharing services. The change will provide jobs to drivers, economic activity in communities and provide a safe option for tourists and residents who need a ride home from a night out of drinking, they argue. Minnesota is just one of a handful of states that does not have a statewide policy in place.

“In order to expand statewide, Lyft needs to have one set of rules, one set of regulations that makes it easy for them to move statewide,” said Rep. Sandy Layman, R- Cohasset, the author of the proposal in the House. “In the coming years, people should be able to call Lyft for a drive to the doctor, or people who visit the area as tourists should be able to call a Lyft to get a ride into town to do some shopping.”

But the idea is already getting pushback from cities like Minneapolis, who want to be able to set their own regulations for the company. In particular, critics say state regulations don’t do anything to combat problems with problematic drivers with criminal records and driving offenses that slip through the cracks and get jobs with the app-based ridesharing companies.

“If you dig into that, the state would then not even be enforcing anything related to this,” said Minneapolis City Council Member Andrew Johnson. “They would override us but wouldn’t be doing any enforcement around safety and things like that. It just seems like an industry give-away without any thoughts toward consumer protection and safety.”

“We have worked with Uber and Lyft in crafting our policy,” Johnson continued. “And so have all the other cities. It seems unnecessary when they’re complying and we’ve worked hand-in-hand with them to come up with something reasonable.”

For his part, TakeAction Minnesota’s Conroy is watching all of the pre-emption proposals at the Legislature this year, but he’s hopeful none will pass with Dayton in the governor’s office — and as more Minnesotans learned what those bills do. “It’s deeply unpopular,” he said. “When people understand that their own legislator is trying to undermine local democracy to try and prevent people from raising the minimum wage or getting sick time, no one is really excited about it.”

It’s locals vs. the Legislature, round 2: The battle over pre-emption is back at the Minnesota Capitol